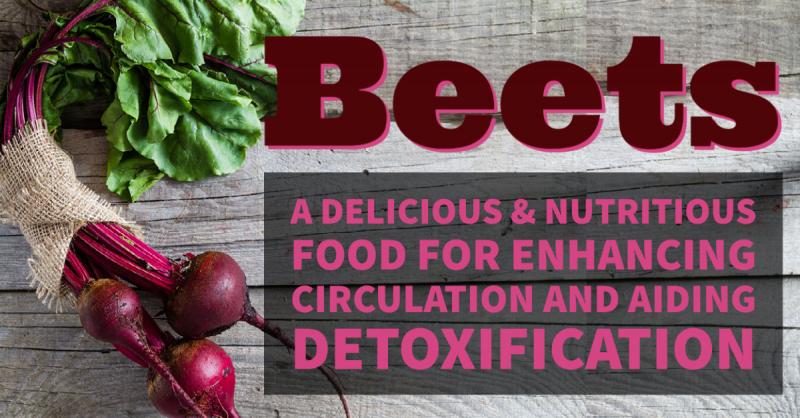 When I was young, my mom told me “beets are good for your blood.” It's a folk tradition and it goes along with the doctrine of signatures; the idea that the color, shape, growth pattern, and environment provide clues to a plant's uses. Red beets have a great signature for blood; when you cut them they bleed a dark red juice. And research has shown that they contain substances that are good for healthy circulation. 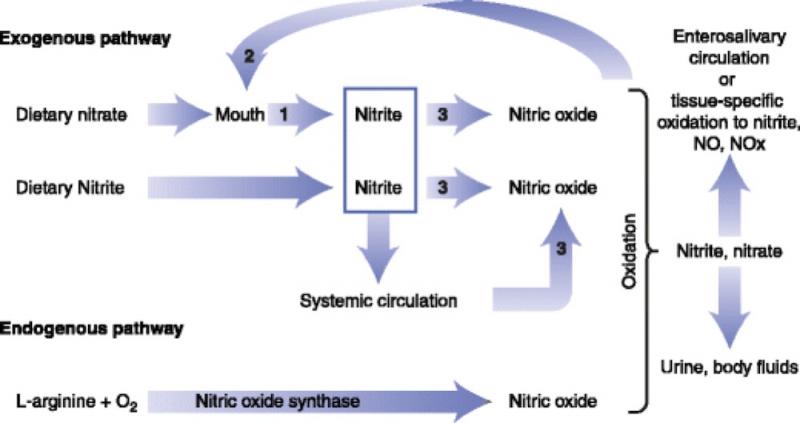 In the body nitrates are used to make nitric oxide (NO), a chemical messenger released by the endothelium (the thin membrane inside of arteries) that dilates the arteries, lowering blood pressure and improving blood flow. And beets are one of the richest plant sources of nitrates (NO3).

The nitrate pathway is one of two ways the body makes NO. The other is via the amino acid l-arginine. The arginine pathway requires oxygen, while the nitrate pathway does not. It's now believed that low levels of NO may be the cause of essential hypertension, the high blood pressure that doesn't have a known cause, and is common as we grow older.

Here’s how the nitrate pathway works—dietary nitrates are absorbed in the stomach and intestines. They are carried through the bloodstream to the salivary glands, which extract the nitrates and concentrate them in the saliva. Bacteria in the mouth convert the nitrates (NO3) to nitrite (NO2), which is swallowed and converted into NO under the influence of hydrochloric acid. Thus foods that contain nitrates can help to maintain normal levels of NO, which aids circulation and helps maintain normal blood pressure.

Nitrates have been used for thousands of years to cure and preserve meats. They delay rancidity, reduce bacterial growth, and aid the flavor of cured meats. They also have a bad rap. Until I studied the effects of NO, I thought they were the reason processed meats were harmful to your health. It turns out I was misinformed. There is a correlation between eating a lot of processed meats and increased cancer risk, but it appears that there are other compounds in processed meats that are probably responsible for this risk. Tibetans have 100 times higher levels of nitrates and nitrites in their blood than Western people and don't have a higher cancer risk.

Many vegetables, besides beets, contain significant amounts of nitrates. These include arugula, spinach, parsley, cabbage and turnips, Eating nitrate-rich vegetables is associated with lower cancer risk. In fact, not only are nitrates and nitrites found in breast milk but they are also found in saliva because the body concentrates them there. So the presence of nitrates in beets is a plus, not a minus, for your health. 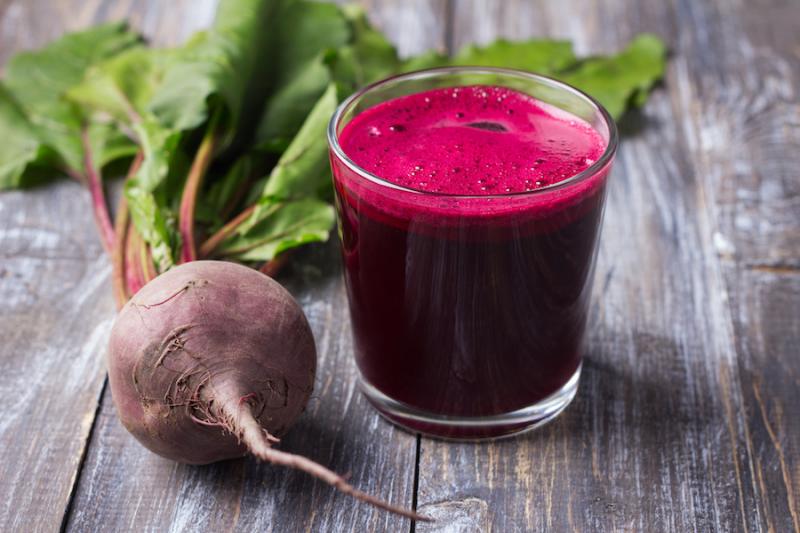 Reduced blood flow from a lack of NO is also one of the causes of erectile dysfunction in men. In fact, many drugs for impotence, like Viagra® and Cialis® work by increasing NO levels.

Another benefit of NO is that increased levels can improve athletic performance by helping more blood (and oxygen) get to the muscles. Adequate levels of NO will help reduce muscle soreness after exercise. And, this is directly correlated with drinking raw beet juice. Drinking the juice a few hours before exercising has been shown to improve one’s ability to exercise, decrease fatigue, improve performance, and decrease post-exercise soreness.

More Benefits of Increased NO 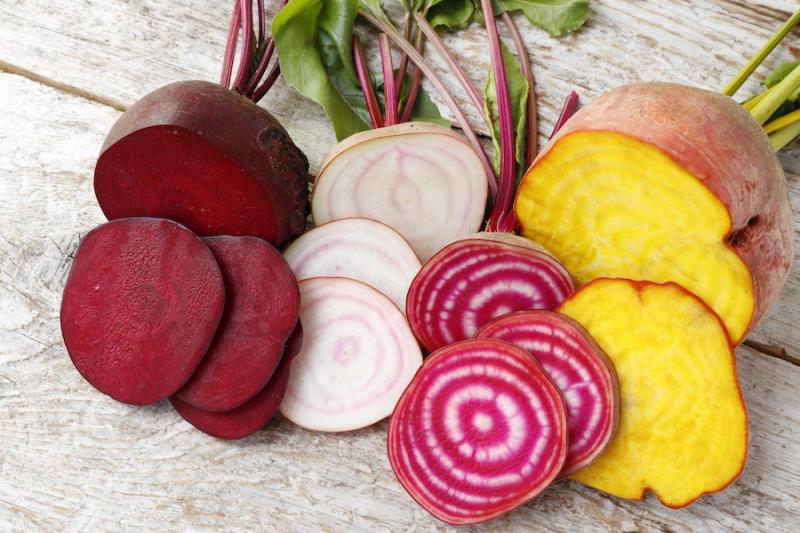 The benefits of NO go beyond aiding circulation. Increased NO levels have also been shown to increase cells sensitivity to insulin, making it helpful for people with diabetes. It also reduces diabetic complications such as blindness, foot, and leg ulcers, and kidney disease.

It even appears that NO plays a critical role in the brain. Low levels are associated with memory loss and depression. There is also evidence that higher levels of NO can improve bone density and aid the immune system in fighting infections. Clearly, the benefits of increased NO are numerous.

There’s another critical biochemical process that beets can assist, methylation. Methylation is used in every cell of the body. It is an important pathway for detoxification, especially for excess neurotransmitters and hormones like estrogen. For example, it protects the body from xenoestrogens and helps prevent estrogen-dependent cancers. It also gets rid of the neurotransmitters involved in agitation and anxiety.

Methylation also plays a role in protecting genes, which is why folates are important for pregnant women. They help protect against birth defects. Methylation also gets rid of homocysteine, a pro-inflammatory chemical messenger involved in heart disease and plaque formation in the arteries.

Beets contain two methyl donors—folate (the plant form of folic acid) and betaine. Folate is important in methylation because it’s used by enzymes that manufacture methyl groups. It’s also a common vitamin deficiency. Supplementation with folate is especially important during pregnancy as it helps to prevent birth defects. In addition to beets, green, leafy vegetables are a great source of folates.

Betaine is a methylated version of the amino acid glycine. It is part of betaine hydrochloric acid which is taken as a nutritional supplement to aid protein digestion. Beets and spinach contain large amounts of betaine if they are grown properly. Beets may aid the production of hydrochloric acid in the stomach to help the body digest protein and assimilate minerals.

Beets have been considered a food for supporting the liver, too. Betalains, the compounds that give red beets their color, are antioxidants that help aid liver detoxification.

Beets also contain boron, an important trace mineral that is helpful for bone health, as well as manganese and potassium. They also contain iron, magnesium, potassium, vitamin C and zinc. Beets and green leafy vegetables are good foods to eat to help prevent and overcome anemia.

Beets do contain a fair amount of sugar, enough to make them a high glycemic food. In fact, a particular variety of beet, known as the sugar beet, has a high enough sugar content that it has been grown as a base for the production of refined sugar. However, unless you have a severe blood sugar problem, I doubt eating beets will adversely affect your blood sugar.

Getting the Benefits of Beets 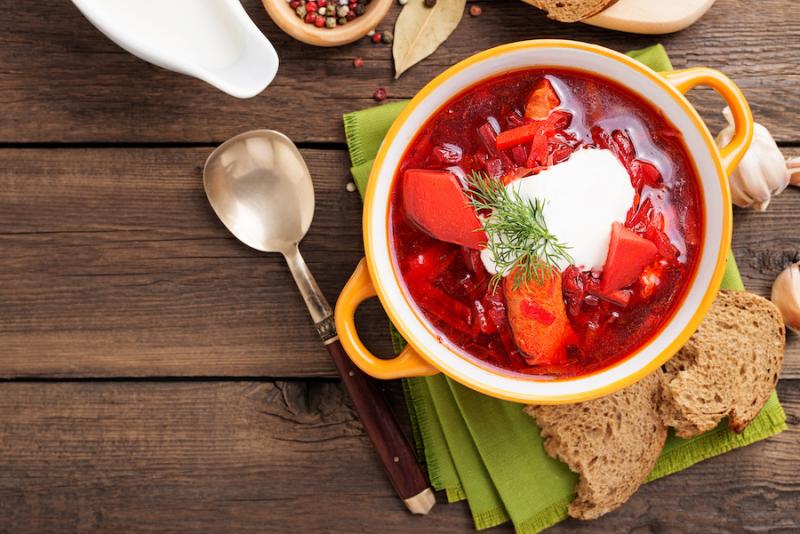 It's always been interesting to me that people will spend a lot of money to take something in a capsule or powder form rather than just eating it as food. The best, and least expensive, way to get the benefits of beets is to eat them. This is easy for me because I love them and find them easy to grow in my garden. I like to plant beet seeds fairly close together so I can thin them and eat the young greens, leaving some to mature into full-sized beets.

My wife is from Ukraine, and in that region of the world beets are a very popular food, especially for making the beet soup called borscht, which also contains cabbage, another food high in nitrates. The Slavic people say borscht is food for the soul, and I agree. It's easy to find recipes for borscht on the internet. Here's a link to a Ukrainian version similar to the one my wife makes.

Another dish from that region that I enjoy is a salad made from grated cooked beets with chopped-up prunes and toasted walnuts. It is dressed with some mayonnaise or sour cream. Here's a link to a recipe.

I also love the golden beets. I cook these, peel them, and cube them. Then I put the cubes in a jar with sprigs of fresh rosemary from the garden and cover it with half raw apple cider vinegar and half water. Put it in the fridge for a few days and you have some wonderful fresh pickled beets for salads.

One of the best ways to eat beets is to ferment them. I've made fermented beets and cabbage before. You season them will dill, which is a great complement for beets and a popular herb in the Slavic region of the world. In that region beets are sometimes used to make kvass—a non-alcoholic beverage usually made from stale rye bread. (I've tasted the drink made from rye and it's pretty good.) I haven't tried the beet version but here's a recipe for beet kvass. If you visit that page you'll find links to other beet recipes at the bottom of the page.

If you don't already have a love of beets like me, I hope this inspires you to start adding beets to your diet and get acquainted with this very healthy food.