A budget friendly tonic for the digestive, respiratory and immune systems | January 24, 2023 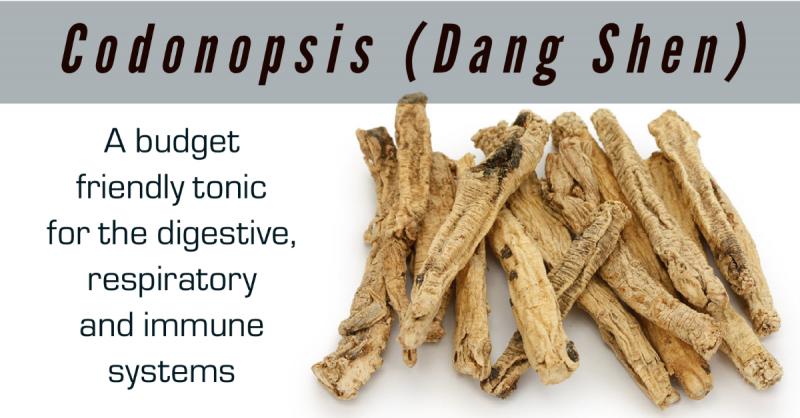 I’ve been fascinated with traditional Chinese medicine (TCM) since my trip to China in 1986, where I spent three and a half weeks touring the country visiting herb farms, pharmacies, and manufacturing facilities. Although I’ve learned a lot from TCM philosophy, I don’t have as much direct experience with Chinese herbs as I do with Western herbs because I've primarily used them only as a part of a formula.

Such is the case with codonopsis, an important Chinese medicine for the digestive, respiratory, and immune systems. Known also as dang shen and poor man’s ginseng, it’s a tonic herb that’s been used as a budget friendly alternative to ginseng in herbal formulas where ginseng is too expensive or unavailable. 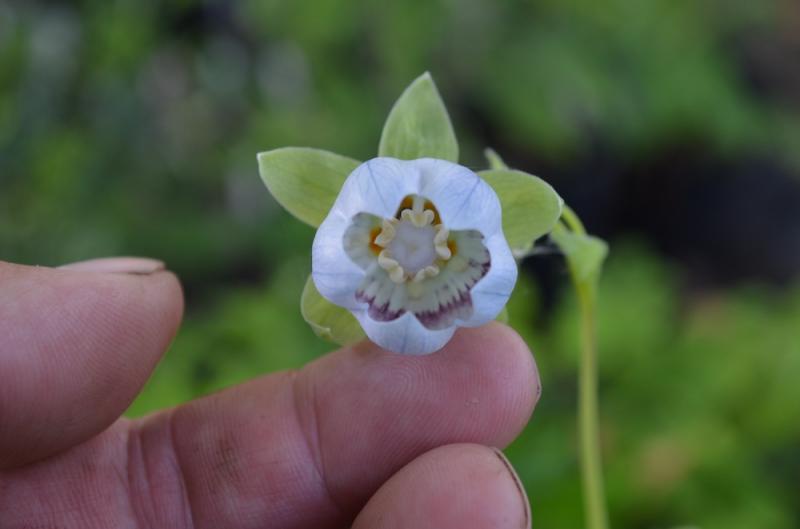 In TCM energetics, codonopsis is a sweet herb with a neutral energy that tonifies the middle burner and the spleen qi, which means it improves digestive function in people with poor appetite or wasting diseases. It helps to both prevent and treat ulcers. It can be very helpful for healing ulcers when used with licorice and aloe vera. When used with licorice it can help to heal and protect digestive membranes.

Codonopsis also tonifies the lungs. It’s helpful for people who suffer from wheezing and shortness of breath. Like astragalus, it’s also used to help people with respiratory weakness to ward of wintertime colds and flu. It combines well with astragalus and cordyceps as a lung tonic.

Codonopsis also has an adaptogenic quality. It inhibits the adrenal cortex from releasing cortisol, which reduces stress levels and improves immune function. It is reported to increase energy and enhance longevity.

Codonopsis is also used in Fu Zheng Therapy, a protocol in TCM designed to “restore normalcy and balance to the body.” It is combined with other tonic/adaptogenic herbs to fortify the body against the side effects of chemotherapy and to strengthen the immune system in fighting cancer. A typical Fu Zheng formula would contain codonopsis, schizandra, ligustrum, reishi, atracylodes, and licorice. 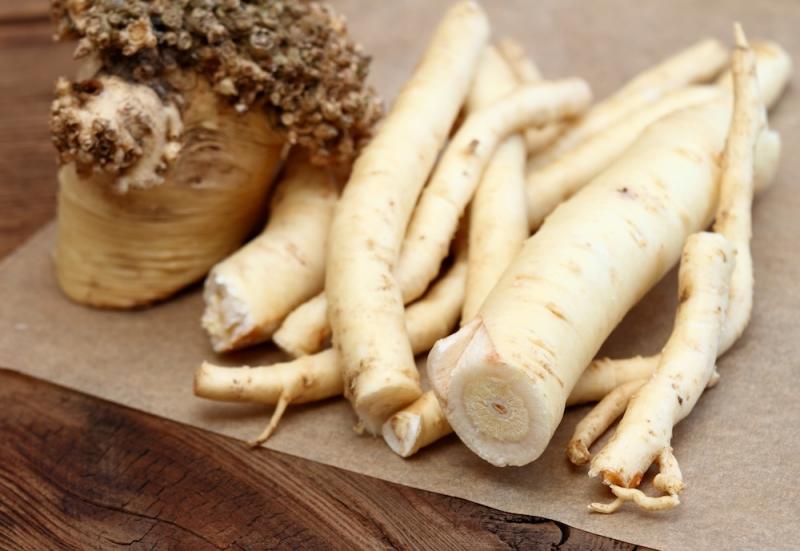 This brings me back to one of the interesting things I learned on that trip to China. TCM practitioners have long combined toxic botanicals or remedies with milder herbal remedies to reduce toxicity and counteract side effects and I learned that they were doing the same thing with Western drugs. That is, they were combining drugs with herbs to reduce their side effects. Fu Zheng therapy is an example of that idea.

You can do the same thing. If you need to use a drug to stabilize a health condition, it’s possible to reduce its harmful effects with foods, herbs, and nutritional supplements. It would be great if Western medicine and traditional herbalism could team up more to create such therapies.

If you need to do chemotherapy or radiation treatments, you may wish to use a tonic formula containing codonopsis and other herbs used in Fu Zheng therapy. If you meet resistance to the idea, it might be time to get a second opinion and do some research of your own. It might increase your chances of long-term survival. So, remember to do your own research and make your own decisions. After all, it’s your life and your health and ultimately your responsibility.