Best known for their ability to prevent UTIs, cranberries have other medicinal uses, too | November 23, 2021 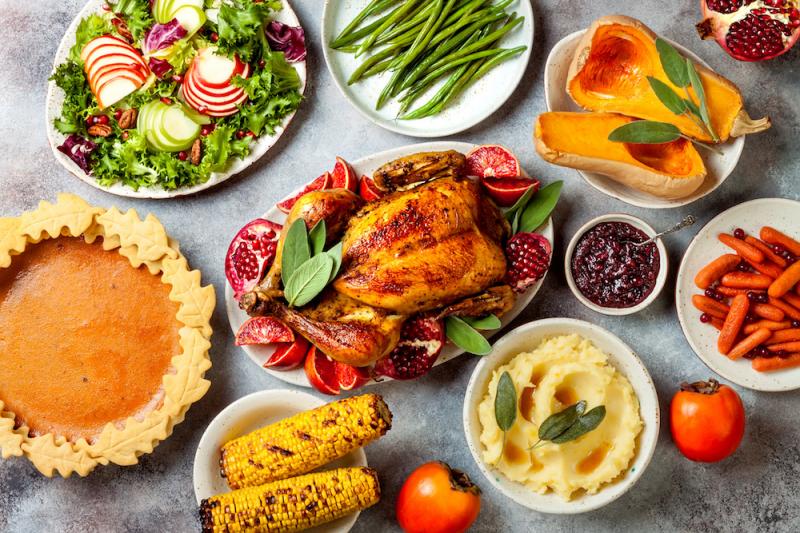 Since Thanksgiving is almost here, I have a little quiz for you. How many foods can you spot in the picture on the right that were originally Native American crops? Before I give you my answer, I should let you know I got my information from Indian Givers: How Native Americans Transformed the World by Jack Weatherford. This book focuses on the many contributions Native Americas made to the world—wealth, ideas, medicines, and foods.

In total, I see eight foods Native Americans introduced to the world. Starting from the center I see turkey, then continue on to the pumpkin in the pie, the corn, potatoes, and green beans. It also appears there are pecans and squash, and finally the subject of this article, the cranberries.

Other foods we can be thankful for the agricultural skills of the indigenous people of North and South America include tomatoes, all types of peppers, chocolate, vanilla, pecans, avocados, maple syrup, sunflower seeds, okra, peanuts, pineapple, papaya, and cashews. Many forms of squash (including pumpkins and zucchini) and beans (including green beans and kidney beans) were also from the Americas. So, if you have a Thanksgiving dinner, it will probably contain numerous foods native to the Americas, like cranberries.

A Brief History of Cranberries

Cranberry is believed to have been on the menu of the first Thanksgiving meal. But cranberries didn’t really catch on until the Civil War era when during the Thanksgiving of 1864, General Ulysses S. Grant ordered that they be served to the troops at the siege of Petersburg. General Grant considered cranberry sauce to be a necessary part of Thanksgiving, and apparently, his troops agreed. Americans have been eating them with our Thanksgiving turkeys ever since.

Cranberries are grown in bogs, which are flooded in the fall so the berries will float to the surface so they can be skimmed off (as shown in the picture below). They are a good source of vitamin C and New England sailors had long discovered that if they ate cranberries, they would not contract scurvy. Except for scurvy prevention, nothing was known about the health benefits of cranberry until the 1840s. 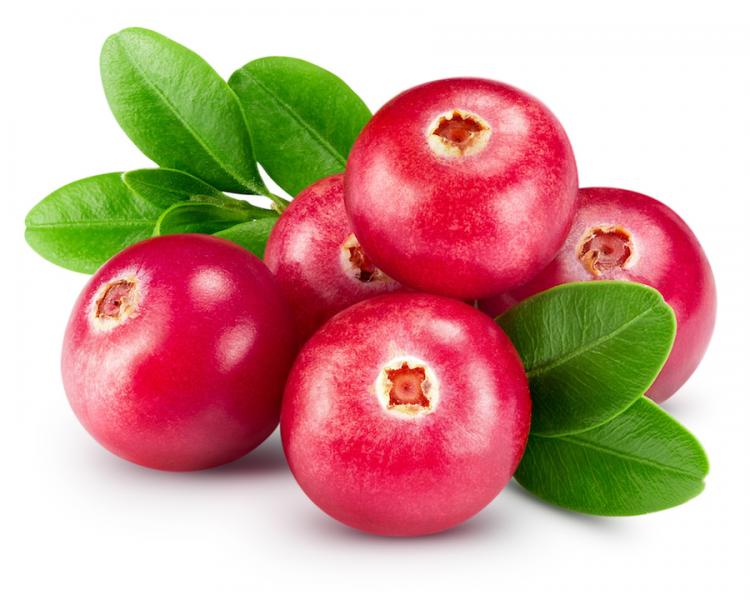 In the 1840s, German researchers discovered that the cranberry caused people to pass hippuric acid in their urine. Hippuric acid was thought to kill bacteria in the urinary tract. Later, at the turn of the century, American researchers thought that cranberry acidified the urine and might possibly prevent urinary tract infections (UTIs). In the 1960s they changed their minds, believing that cranberries did not acidify the urine enough to make a difference. But by then the idea that cranberries acidified the urine to prevent UTIs had already worked its way into the American conciseness.

As often happens, anecdotal evidence for the medicinal properties of herbs is often rejected because the explanations of how the remedy works are found to be incorrect. In other words, many times we know that a remedy is helpful by experience, but our explanation of why is completely wrong.

Fortunately, research into cranberry's effects on UTIs didn’t stop. Later research suggests that cranberries may help to prevent E. coli bacteria from adhering to the surface of the urethra and bladder, thus inhibiting infection. This effect appears to be related to the anthocyanins or proanthocyanins in cranberries, which are tannin-like compounds.

There are also organic acids that do make the urine more acidic and persistently alkaline urine (pH 7-8) can be a sign of urinary tract infections. It’s also possible that having urine that is too alkaline because of excess alkalosis due to diet or other factors may fail to properly inhibit bacteria from getting into the otherwise sterile urine.

From what I’ve read and also seen via personal experience, cranberry taken daily does appear to inhibit UTIs but isn’t very effective at treating active UTIs. I find uva ursi, pipsissewa, and herbs that contain berberine, like goldenseal, more helpful when there is an active infection.

Other Uses for Cranberries 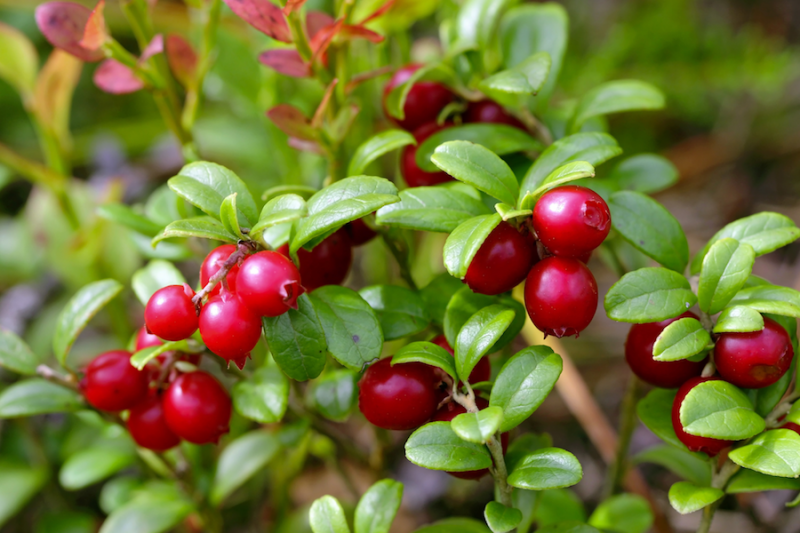 Research suggests that cranberries may help reduce plaque formation on the teeth. They also appear to reduce the ability of H. pylori bacteria (believed to be involved in the formation of ulcers) from adhering to the mucus membranes. They also have a fever-reducing (refrigerant) property, probably due to their high antioxidant content.

Cranberries have also been used topically. They have been applied as a poultice to swollen lymph glands, wounds, acne, burns, and conditions where the skin is inflamed.

Matthew Wood lists some very interesting applications for cranberries in his Earthwise Herbal: A Complete Guide to New World Medicinal Plants. He says cranberries have been used for colds and flu, which makes sense given their high vitamin C content. He also suggests they may be helpful for diarrhea or constipation, which I'd guess is due to them altering intestinal microflora.

One of the more interesting uses Matthew shares is a report that Native Americans used stewed cranberries as an escharotic, a remedy used to burn away warts and skin cancers. He also indicates they may be helpful for psoriasis, shingles, and chickenpox, internally and/or topically. 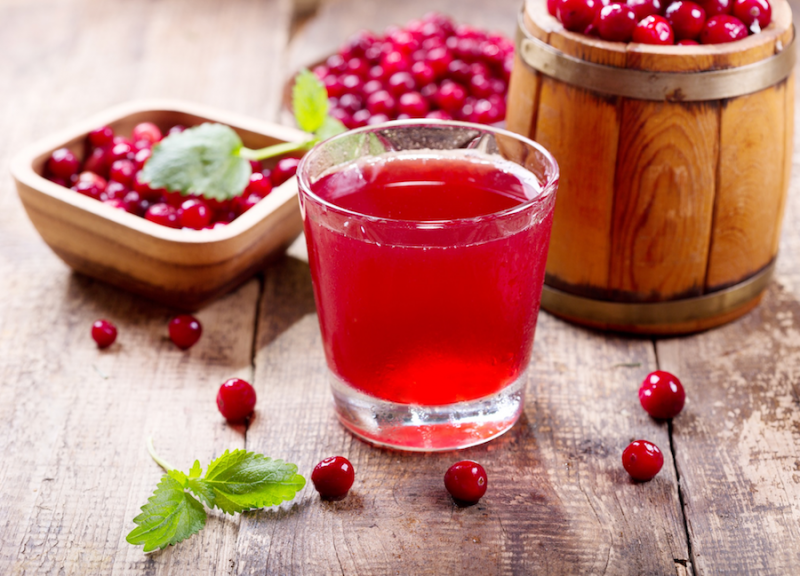 So, don’t just think of cranberries as something to use with your Thanksgiving turkey (although they’re great for that), think of them as a valuable medicine, too. It’s a good time to stock up on some while they’re in season, but even when they’re not in season, you can buy cranberry powder in bulk or capsules. And if you're eating cranberry sauce with your Thanksgiving dinner, take a moment to be thankful for this, and all the other, foods Native Americans may have brought to your table, including the turkey, sweet potatoes, mashed potatoes, green bean casserole, pumpkin pie, and so forth.