My first tries were very successful and I've made these pies many times. They have both turned out fabulously well and have been enjoyed even by people who normally don't eat natural foods. So, I'm sharing them with you and I hope you'll enjoy them, too. 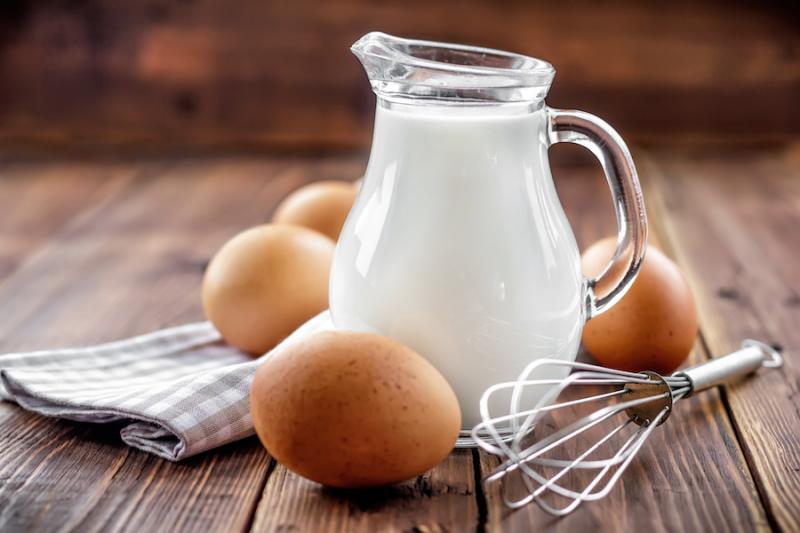 First, let me make some suggestions about ingredients.

Milk and cream. I like to use raw milk in my recipes from a local dairy.  I would use pasteurized organic milk as my second choice, but I would avoid ultra-pasteurized milk because cooking milk at such high temperatures damages its nutritional value (and in my opinion—taste).  I also prefer organic cream from pasture-raised animals that has not been ultra-pasteurized.

Eggs. We raise our own chickens and since they're scratching around the yard right now, the eggs are amazing with bright orange yolks. If I didn't have my own fresh eggs, I'd get organic, pasture-raised eggs.  If you can't get those, try Eggland's Best eggs. They're pretty good tasting. You'll have to separate the yolks for these recipes.

Sugar. One of the reasons I've avoided cream pies is because I normally use honey or whole dark sugar and I thought that these would not work very well for cream pies.  However, I decided to use xylitol and it worked great.  Brown sugar would alter the flavor and honey would throw the whole recipe off, as well as the flavor.  The xylitol worked perfectly. If you don't use that, I'd use organic sugar that hasn't been bleached (blonde sugar).

Butter. Always use organic butter because xenoestrogens and other toxins concentrate in fat.  Like the eggs, if you can get butter from pastured cows that's even better. For these recipes, you need unsalted butter.

With that, here are the recipes for two basic types of cream pie. 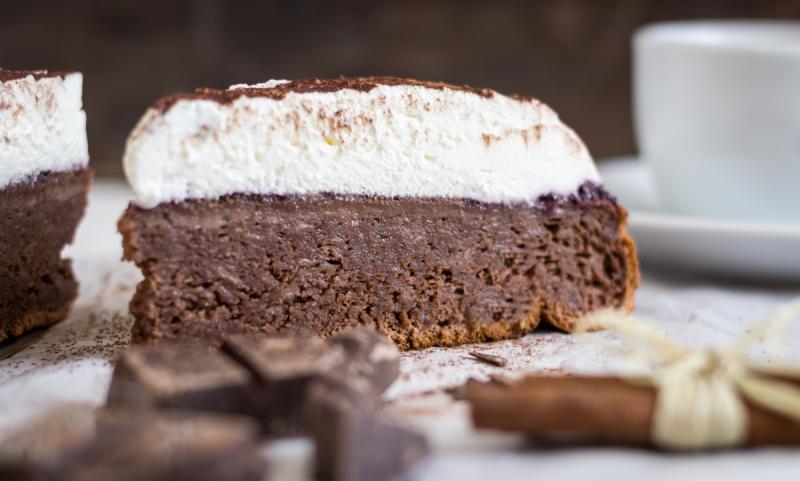 This is an incredibly rich and tasty pie for those of you who love chocolate (like me). It's very rich, so you can't eat big pieces, which is also good.

Start with the following:

Break the cookies into pieces and put them into a food processor.  Process the cookies until they are crumbs.  Add melted butter and mix thoroughly.  Press crumb mixture into the bottom of a 9-inch pie pan.

Bake in a 350-degree oven for about 15 minutes.  Remove and allow to cool before adding the filling.

Prepare all the ingredients beforehand, because once you start making this you want everything ready to go.

Place the above in a saucepan and simmer over medium-high heat.  Stir occasionally.

Whisk the following together in a separate bowl and add it when half and half begins to simmer.

Remove mixture from the heat, then whisk in the following:

When the mixture is smooth pour it into the cooled, baked pie crust.  Refrigerate for at least three hours before serving. It helps to cover the pie with some plastic wrap or better yet, to avoid xenoestrogens, use waxed paper.  This keeps the pie from forming a skin. 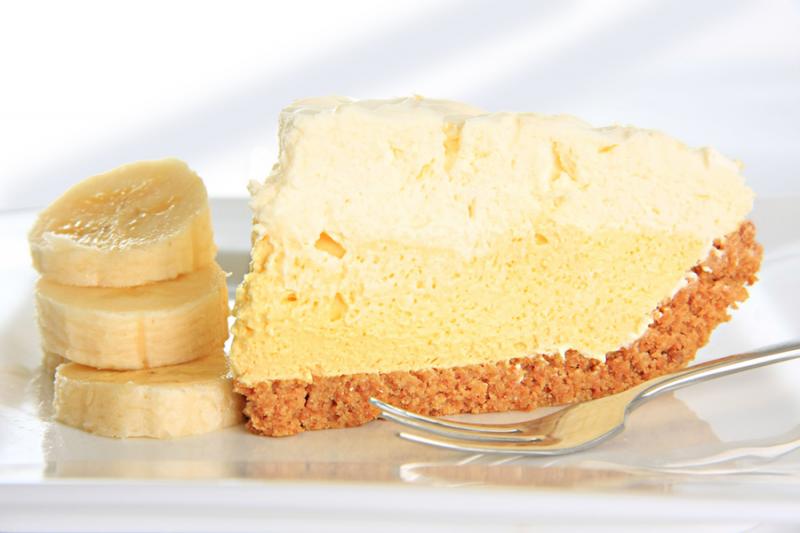 This was by far the best banana cream pie I've ever eaten.  I don't think you could buy a pie this good anywhere, at least not one that was this healthy. You could also convert this recipe to a coconut cream pie by leaving out (or reducing the amount of) the vanilla and using coconut milk in place of the milk, and adding shredded coconut instead of bananas.

I used about 1/2 box of Organic Graham crackers to make this.  I pulsed them in my food processor. After you've made the graham cracker crumbs, add the following and mix thoroughly.  I did it in the food processor, but you can do it by hand.

Blend these ingredients and press into a 9-inch pie pan.  Bake in a 350-degree oven for 15 minutes.  Allow to cool before adding the filling.

In a medium saucepan mix the following together:

Whisk these together with the xylitol and cornstarch mixture.  Then slowly whisk in the following:

Now, here's the secret ingredient that makes this pie so special.  You will need a

The vanilla bean we got cost $10 and I used half of it in the pie, but believe me, the flavor will be worth it.  Split the vanilla bean in half.  Scrape the inside of the bean out of the pod.  Put both halves of the bean pod and the insides you scraped out into the saucepan with the other ingredients.

Now, bring the mixture to a simmer over medium heat, stirring constantly until it gets thick and a little bubbly.  Add this point remove from the heat and add:

Now pour half the mixture into the pie crust.  Add a layer of sliced organic bananas and cover with the rest of the filling.  Of course, if you don't like bananas, then skip them and just have a vanilla cream pie. Again, cover with waxed paper (or plastic wrap) and chill for 3 hours before serving.

I hope you enjoy these pies as much as we do.