Hawthorn: Heart Health and Beyond 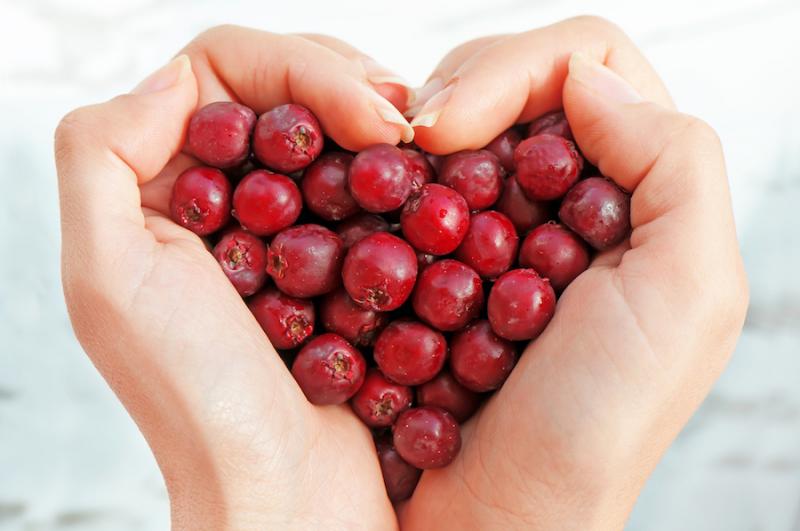 It’s February and soon lovers everywhere will be exchanging Valentines and presents. We rightfully associate love with the heart, so I decided to devote the month to discuss remedies for the heart and circulation, starting with one of the most popular and widely used herbs for the heart—hawthorn.

The red fruits of hawthorn have long been associated with the heart and circulation in Western herbalism and modern scientific research has confirmed their benefits. Many compounds have been identified in hawthorn that benefits the cardiovascular system in complex ways. These compounds aren’t just found in the fruits, either. Many herbalists now recognize the flowers and leaves are also powerful medicines, and I personally like using a blend of all three to strengthen the heart.

Flavonoids are one of the chief compounds in hawthorn and the flowers and leaves contain more of them than the fruits. These flavonoids improve the heart’s ability to contract and reduce resistance to blood flow in the peripheral nervous system at the same time. The net effect is an improvement in cardiac output and efficiency. Hawthorn flavonoids have a modest blood pressure-reducing effect, too.

The berries also contain procyanidins and oligomeric procyanidins (OPCs). The procyanidins have a modest blood pressure reducing effect, aid the heart and have a sedative effect. The OPCs are antioxidants, which inhibit the free radical damage and inflammation now believed to initiate the process of arterial plaque formation.

Using Hawthorn for the Heart

Historically, hawthorn has been used to both prevent and treat many cardiovascular disorders, either by itself or in combination with other herbs. It has been used for angina, cardiac edema, heart palpitations, congestive heart failure, irregular heart rate (arrhythmia) and problems with heart valves. Being a completely nontoxic food-grade remedy, it can be taken regularly by anyone who wishes to reduce their risk of cardiovascular disease. The fruits have been used to make jelly and have been dried and ground into a type of flour. They are mild-flavored, slightly sweet with a very mild tartness.

The only caution I know for hawthorn is that it potentizes the effects of digitalis a drug used for congestive heart failure and cardiac weakness. So, if you're on digitalis, you should avoid taking hawthorn as the medicine has to be dosed very carefully.

Lily of the valley, an herb I'll discuss later this month, has a digitalis-like effect. It's a mildly toxic herb, so when I use it I typically mix it with hawthorn figuring it will make the effect of lily of the valley more potent a lower dose.  I typically use 2-3 parts of hawthorn with 1 part lily of the valley. I often use these two herbs (mixed with others) primarily for people with weak hearts, congestive heart failure and other serious heart problems.

Other Uses for Hawthorn 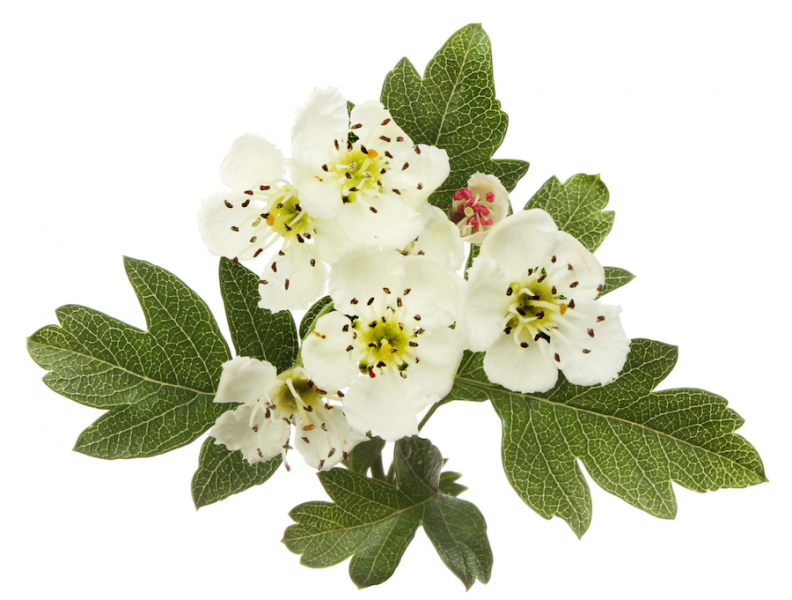 When I visited China in 1986, I was surprised to learn that hawthorn wasn’t used for heart problems in traditional Chinese Medicine (TCM). In TCM hawthorn is a remedy for the spleen, stomach and liver meridians. It aids digestion and removes phlegm and stagnant food from the GI tract making it a remedy for dyspepsia, acid reflux, and stuffiness in the chest and abdomen.

More recently herbalists have found that hawthorn can have a calming effect on the nervous system, especially in ADHD. Dr. James Duke cites evidence that hawthorn helps children to stay more focused and attentive. For this reason, you'll sometimes see it in formulas for ADHD, nervousness and insomnia.

Hawthorn also has a mild diuretic effect and like many berries reduces inflammation. They contain magnesium and niacin, which are also helpful for reducing blood pressure and aiding circulation.;

You can also use hawthorn as a flower essence to strengthen the emotional forces of the heart. Like the flower essence of rose, it helps to strengthen a heart wounded by grief and pain. It also helps a person be more emotionally calm, rather than overly driven. We know that personalities that tend to be angry, pushing, and aggressive are more prone to heart disease and hawthorn helps reduce this emotional agitation of the heart. 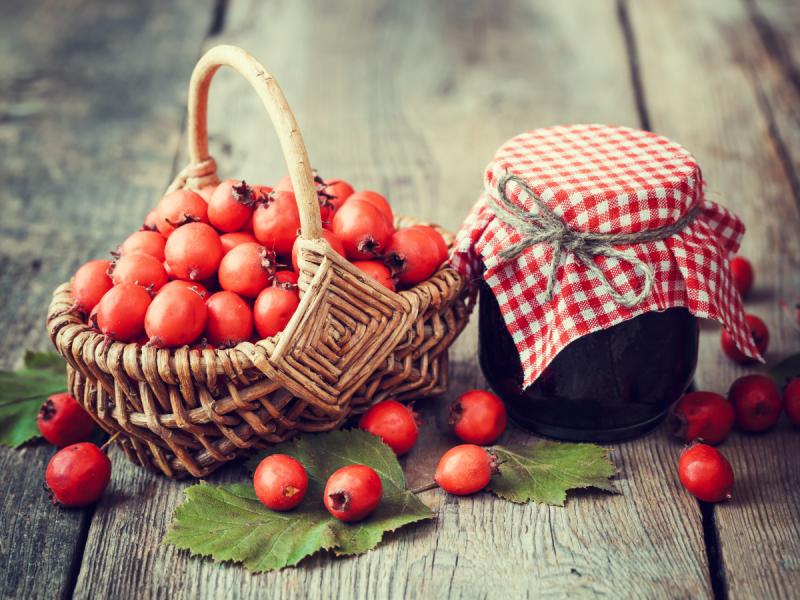 Hawthorn is a member of the rose family, which includes many popular fruits like apples, pears, peaches, cherries, plums, strawberries, raspberries and blackberries. This entire family has an affinity for heart energy. For instance, we talk about a beautiful woman as being a peach or a woman's cherry-red lips. We also speak of a loved one as the apple of our eye. The whole family is rich in flavonoids and the many fruits within it show the nurturing nature of these plants.

Although we often speak of hawthorn berries, technically hawthorn fruits aren't berries. They're pomes, which is the same type of fruit as apples and pears.

Finally, although Crataegus oxyacantha is the most commonly used species, there are over 200 species of hawthorn, and it's hard to distinguish between them. You can probably get benefit from any of them.

It's not hard to grow a hawthorn tree, I often see them planted as ornamentals. And, since they're a food plant, there's no reason why you can't dry the berries and use them for tea, make jelly out of them, or otherwise use them like you would other fruits in the rose family. Because hawthorn is a very safe nourishing herb I think it is a great herb with which to experiment.