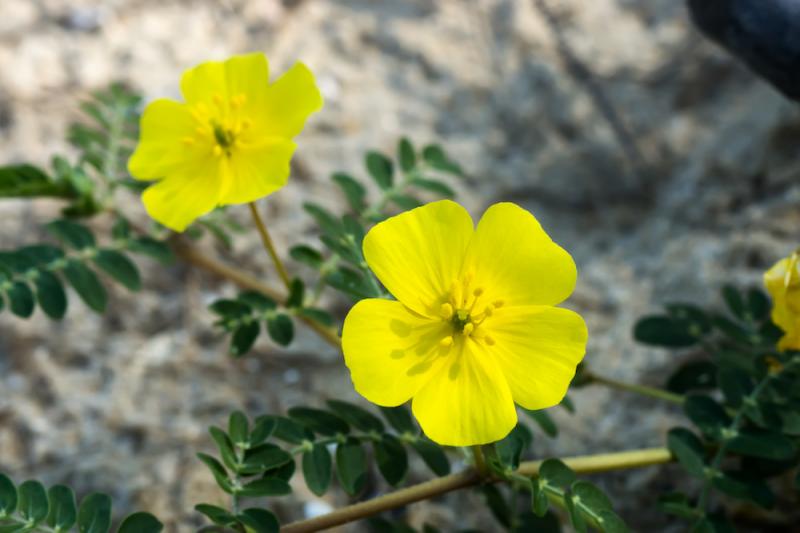 Normally I write about plants I love but this week I’m writing about a plant I don’t really like. When I was growing up we called it puncture vine or puncture weed because its seeds put holes in our bicycle tires.

“A terrible, disgusting, gross, little ground covering weed… [with] seed pods that break apart into three-sided capsules that maim pets and crawly children, puncture bicycle tires…and, if you step barefooted on one, give rise to yet another common name, &#&%!”

My son called these weeds caltrops, explaining that caltrops were a medieval weapon, the predecessors to modern mines. They are spiked pieces of metal that were thrown on the battlefield to stop charging cavalry. The horses would step on them, puncture their hoofs, and fall down. When I looked it up, I discovered it was a very appropriate name, since the plant is the caltrop family. I’m guessing the idea for the weapon came from the plants just like the idea for Velcro came from burdock seeds. 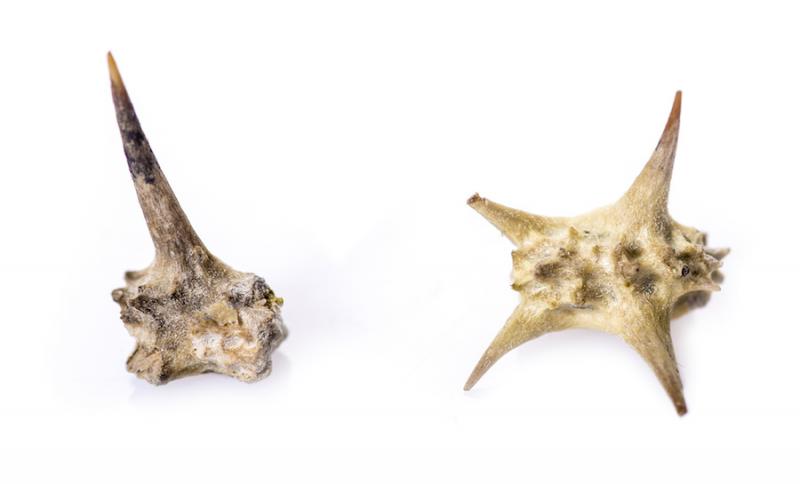 The plant I’m referring to is Tribulus terrestris and and despite being a general annoyance it does have some redeeming qualities. In traditional Chinese medicine (TCM), the fruits (the spiked seed pods) are considered a tonic that enters the liver and kidney meridians. They are used to ease headaches and dizziness, reduce inflammation in the eyes, and as a sexual tonic, which is one of the more common uses of tribulus in the West. Tribulus is also used to increase menstrual flow, induce milk secretion after labor, and as an aid for premature ejaculation.

Tribulus is also used in Ayurvedic medicine. There it is also recognized as a sexual tonic, used to increase reproductive hormones when they are low. Studies show that tribulus does not increase testosterone in healthy males, but when testosterone levels are low, it may help to boost them, especially in older men. I wouldn’t rely on tribulus alone for this, but rather as an ingredient in a testosterone-boosting formula.

Tribulus appears to work by increasing the gonadotrophin-releasing hormone (GnRH) in the hypothalamus, which in turn increases the luteinizing (LH) and follicle-stimulating (FSH) hormones. These stimulate the ovaries and testes to produce sex hormones like estrogen and testosterone. This research suggests a possible mechanism for tribulus being considered an aphrodisiac that can help to increase low sexual desire. It may also have a modest effect on erectile dysfunction. 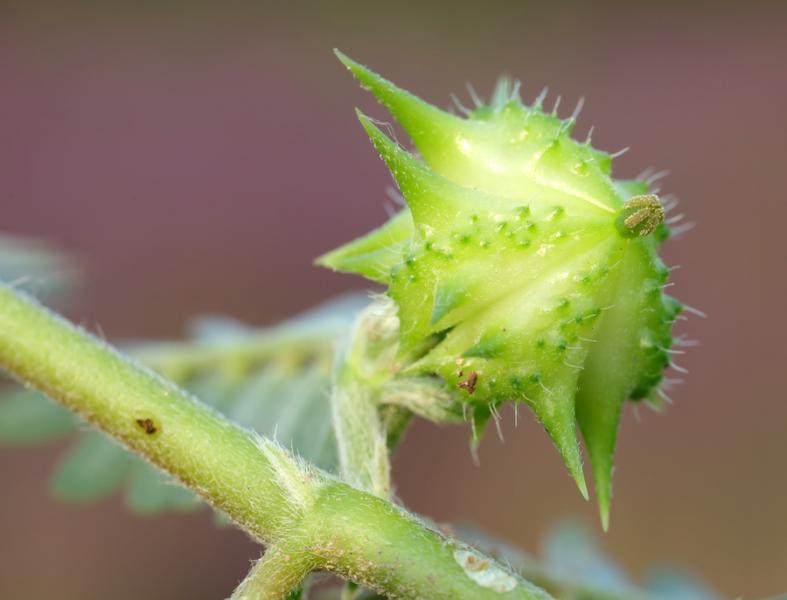 While tribulus is beneficial for reproductive hormones, I believe the best benefits it has are for circulation. The seeds (and leaves to a lesser effect) have a positive influence on cholesterol and triglycerides. It may help prevent the development of arteriosclerosis and has a modest hypotensive effect to help reduce high blood pressure. Michael Moore says that it helps produce “a slower, stronger, more well-defined heart function, with greater relaxation between contractions and a lowering of diastolic pressure.” Since blood flow is required for male sexual performance, this may be another reason why tribulus can be helpful in some cases of erectile dysfunction.

Tribulus is also a mild diuretic. In particular, it decreases abdominal fluid retention. In his book, Ayurvedic Herbs, Dr. Virender Sodhi, an Ayurvedic medical doctor and naturopath, suggests it might be helpful if there is kidney dysfunction, high BUN, or creatine levels, nephritic syndrome, and a need for a loop-sparing diuretic. Here again, I wouldn’t rely on it as a single remedy, but use it in combination with other herbs. 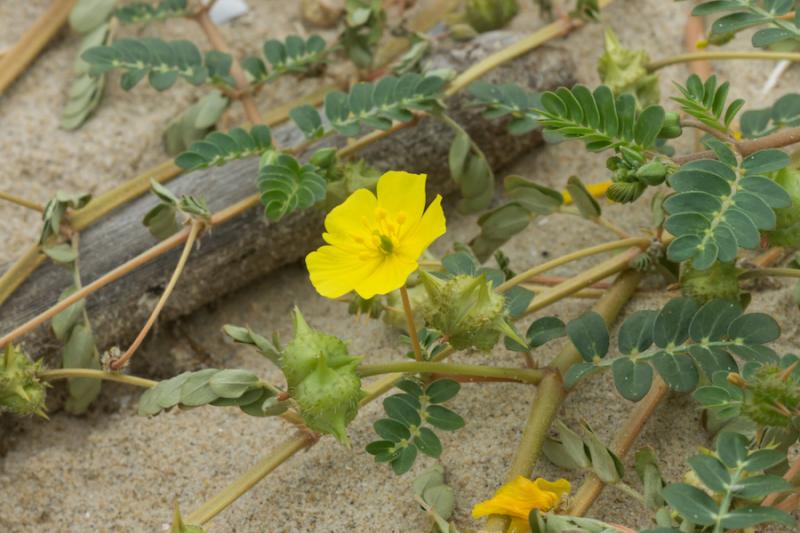 Tribulus grows quite prolifically on my property in Southern Utah, particularly if we get rain in the summer. It’s quite the pest. The seed pods stick to your shoes when you’re walking around the property and get tracked into the house. Then, when you’re walking around barefoot or in your socks, you step on one of them and it sticks in your foot. That’s why I adopted the policy of taking off your shoes at the door, and have sprayed these plants with an herbicidal soap. The soap removes the fatty coating from the leaves so they dry out, killing the plant.

I know. I’m an herbalist and I should harvest the stuff. Maybe I should even try using it—based on the theory that would we need tends to grow near us. If we get a break from the heat and the drought with a little rain, I’m sure there will be plenty to harvest. If you decide to harvest this plant, just pick the whole above-ground plant while the seed pods are still green and dry it. As Michael Moore says, “While you’re gathering the plant…remember that every seed you take up is one less for bicycle tires, kids, and pets, one less seed to grow next year, one small step for mammal kind.” I couldn’t agree more.