The Amazing Benefits of Berberine

Science is Once Again Proving the Value of Traditional Herbal Remedies | November 6, 2019 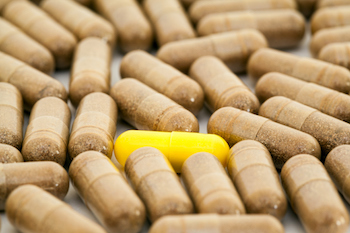 For thousands of years Western and Oriental herbalists have prized certain plants for fighting infections and fevers.  It turns out that these herbs all contain a yellow alkaloid known as berberine.  Among these plants are many popular Western botanical remedies like goldenseal, Oregon grape and barberry, as well as important Oriental herbs like Chinese golden thread (aka coptis) and amur cork tree (aka Phellodendron).

Researchers have conducted over 2,800 studies on berberine, and nearly half of them have just been published in the past 5 years.  This research confirms the traditional value of berberine-bearing plants, while verifying that it has antibacterial, anti-inflammatory, and immune-enhancing properties.  This makes berberine effective against a wide range of bacteria, protozoa, and fungi.  Herbs containing berberine can be used topically on cuts and other wounds and are commonly used for gastrointestinal issues, including traveller’s diarrhea and food poisoning.

But the research doesn’t stop there.  It turns out that berberine has numerous other health benefits.  For example, it has been shown to have efficacy in the treatment of insulin resistance, diabetes, arthritis, and cancer.  There is evidence that it may also be helpful in preventing heart disease by lowering cholesterol and triglyceride levels.  Berberine may also be helpful for hypertension (high blood pressure), brain health, immune dysfunction, low bone density, and weight control.  No wonder everyone is so excited. 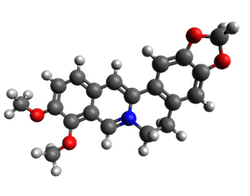 In order to understand berberine’s potential and how it works, we need to look at adenosine monophosphate-activated protein kinase (AMPk).  AMPk is an enzyme inside the body’s cells that functions like a metabolic “master switch” by regulating biological activities that normalize lipid, glucose and energy imbalances.

Berberine also supports healthy gut function to help combat endotoxins.  High-carbohydrate diets have been shown to alter the microflora of the gut, increasing endotoxin-producing bacteria.  These endotoxins are released into the bloodstream and interfere with normal glucose metabolism.  Berberine supports gut health by inhibiting the ability of endotoxins to bind to muscle cells, thus helping to support proper glucose metabolism. 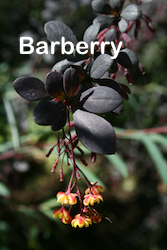 According to Jacob Schor, ND, FABNO, berberine holds tremendous promise for major conditions such as metabolic syndrome, inflammation, and cancer.”1  The Natural Medicine Journal goes a step further by stating, “Any condition that would be favorably impacted by a patient losing weight and/or exercising more may be impacted favorably with oral berberine supplementation.  It makes sense to consider berberine for clients with insulin resistance, pre-diabetes, diabetes, metabolic syndrome, hypertension, heart disease, dyslipidemia, cancer, depression, and other neuropsychiatric diseases.”2  Let’s take a look at what berberine can do for some of the most common and serious disease conditions.

In 2008, the journal Metabolism reported the results of two 3-month human trials in which patients diagnosed with type-2 diabetes were treated with either berberine or Metformin (500 mg three times a day).  In the first study, the hypoglycemic effect of berberine was similar to metformin with a 2% decrease in A1c and an 8.7% decrease in fasting blood glucose levels.  In the second study, patients with poorly controlled type-2 diabetes took berberine for 3 months.  Hemoglobin A1c decreased from 8.1% to 7.3%.3

A recent meta-analysis by Dong, et al, combined data from 14 randomized trials involving 1,068 participants.  Patients treated with berberine and lifestyle modification experienced a significant reduction in blood sugar levels.  The effects were virtually identical to those obtained by the standard hypoglycemic drugs metformin, glipizide, or rosiglitazone.”  The report’s authors concluded by describing berberine as a “potent hypoglycemic agent.”4

Due to its antioxidant and anti-inflammatory activities, berberine is used to treat diabetic neuropathy, diabetic nephropathy, and diabetic cardiomyopathy. 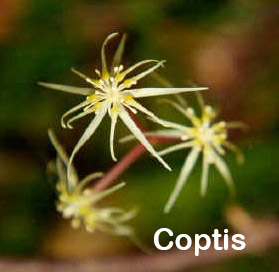 Chronic inflammation lies at the heart of many degenerative diseases, so it’s not surprising that berberine and other compounds with anti-inflammatory properties can be helpful in resolving such conditions. The mechanism of action is not yet fully understood, but berberine’s ability to downregulate proinflammatory responses in macrophages via AMPk stimulation is fairly well established.  Other mechanisms appear to involve cellular kinases and signaling pathways, such as the AMPk, MAPk, Nrf2, and NF-κB pathways.6  Some researchers believe that berberine also acts as a COX-2 protein inhibitor without reducing enzyme activity.

Research shows that berberine may be beneficial for heart health.  Part of the benefit likely comes from the compound’s ability to keep blood sugar levels and obesity in check—both of which can raise your risk of heart disease.

A 2013 report published in the journal Planta Medica indicates that berberine may help reduce elevated cholesterol levels.  In their analysis of 11 previously published clinical trials with a total of 874 participants, the report's authors determined that berberine may reduce total cholesterol and LDL ("bad") cholesterol levels while increasing levels of HDL ("good") cholesterol.  Berberine was also found to decrease triglyceride levels.  It has also been shown to reduce apolipoprotein B, a risk factor for heart disease, by up to 15 percent.7

For people with heart problems, berberine’s AMPk activation slows the release of free fatty acids, which lowers lipid level and prevents harmful fat deposition, boosts fat burning in the mitochondira, and stimulates the release of nitric oxide, a signaling molecule that relaxes the arteries, increases blood flow and lowers blood pressure, thus protecting against atherosclerosis.  In one study, those who took berberine for eight weeks had improved heart function and increased ability to exercise compared to those who took a placebo.8 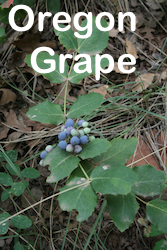 One of the main anti-cancer targets inhibited by berberine is NF-kappaB.  NF-kappa B is one of the most important proteins in our cells, acting as a key switch in the development and progression of inflammation and cancer.  Cancerous and precancerous cells often have a permanently activated NF-kappa B, which keeps the cells proliferating and prevents them from dying (apoptosis).  Additionally, berberine acts as a radio-sensitizer of tumor cells without affecting normal cells.  In fact, it may actually protect normal cells, potentially making radiation therapy more effective.

Berberine also inhibits the tendency of cancer cells to become drug-resistant over time by inhibiting the cellular membrane proteins that pump drugs out of the cell.  When berberine is taken with tamoxifen and other chemotherapy drugs, studies show that they work synergistically against cancer cells.9  Berberine also inhibits the development of cancer from carcinogen exposure. 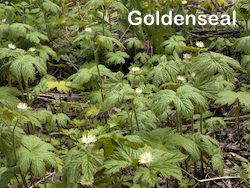 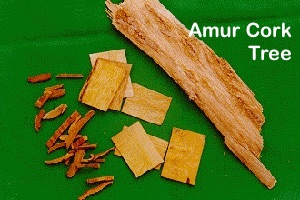 At least two studies have examined the effects of berberine on body weight.  In a 12-week study in obese individuals, 500 mg taken three times per day caused about 5 pounds of weight loss, on average. The participants also lost 3.6% of their body fat.10

A more impressive study was conducted in 37 men and women with metabolic syndrome. This was a 3-month study in which the participants took 300 mg, 3 times per day.  The participants dropped their body mass index (BMI) levels from 31.5 to 27.4, or from obese to overweight in only 3 months. They also lost belly fat and improved many health markers.11  The researchers believe the weight loss was caused by improved function of fat-regulating hormones, such as insulin, adiponectin and leptin.

Berberine also appears to inhibit the growth of fat cells at the molecular level. When obese adults took 500 mg of berberine three times daily for 12 weeks, they lost an average of five pounds each.  Blood levels of triglycerides and cholesterol were also reduced.12  A 2012 study using human subjects found that three 500-milligram doses of berberine a day for 12 weeks was more effective in lowering cholesterol than the drug ezetimibe.

Because of berberine’s ability to inhibit fat storage and improve the function of hormones such as insulin, leptin and adiponectin, many researchers have concluded that berberine has potential application in reducing visceral fat and controlling central obesity.

Berberine also plays a role in enhancing brown fat activity.  Brown fat is a heat-generating type of fat that burns energy instead of storing it, which may have important implications for weight loss.  The brown color is caused by mitochondria that convert the fat directly to energy to produce heat.  An animal study concluded, “Berberine increases energy expenditure, limits weight gain, improves cold tolerance and enhances brown adipose tissue (BAT) activity in obese… mice… Our findings establish a role for BBR in regulating organismal energy balance, which may have potential therapeutic implications for the treatment of obesity.”13

Studies show that berberine can restructure the balance of microbiota in the gut, thereby alleviating inflammation and preventing insulin resistance and obesity.  One study abstract concluded, “…our findings suggest that the prevention of obesity and insulin resistance by berberine in HFD-fed rats is at least partially mediated by structural modulation of the gut microbiota, which may help to alleviate inflammation by reducing the exogenous antigen load in the host and elevating SCFA levels in the intestine.”14

The topical antimicrobial effects of berberine are well established, but researchers have thought that it was poorly absorbed when taken orally.  Further research shows that berberine is actually metabolized so quickly that blood tests fail to measure it before the body uses it.

If you’re interested in a broad-based plant compound to support several aspects of your health, berberine is one of your best bets.  Work with a natural health care practitioner to determine the proper dose.  Because of its short half-life, it is best to take this supplement three times a day to keep stable levels in your blood.

6. Antioxidant and Anti-Inflammatory Activities of Berberine in the Treatment of Diabetes Mellitus, Zheng Li et al, 2014. 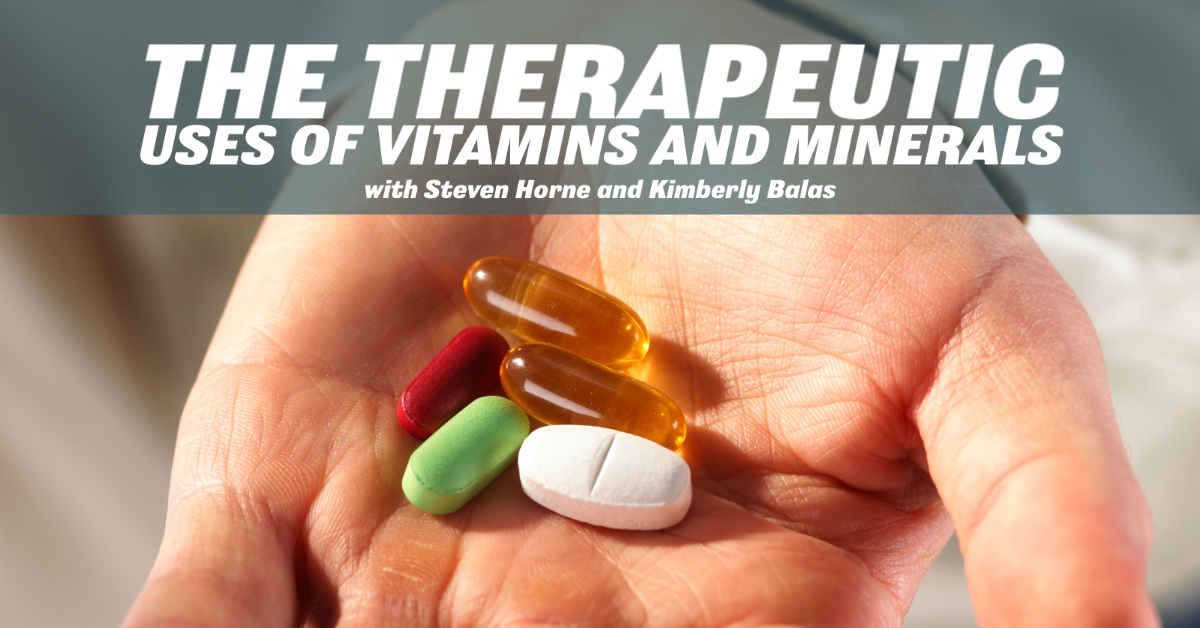