The Beauty and Benefits of Chicory

Digestive and liver tonic, coffee substitute, and a teacher of selfless love | August 17, 2021

When I lived in Roosevelt Utah, the driveway to my home was lined with wild chicory. It was one of the things I loved about the place. The beautiful blue flowers produced by this member of the aster family were always cheering for my soul. Chicory is cultivated as food, harvested as a medicinal herb, and one of the original twelve healers created by Edward Bach, the father of flower essence therapy. 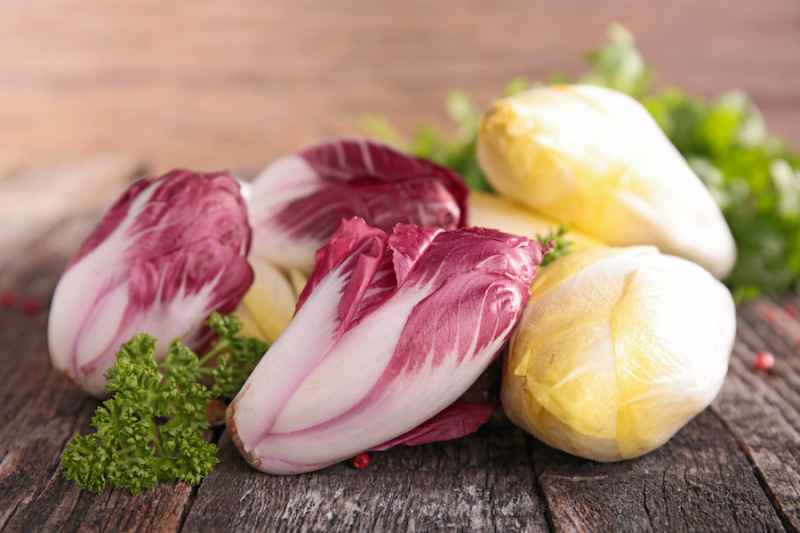 You can find chicory in the grocery store, but it won't be labeled as chicory. The cultivated chicory (Cichorium endivia) is sold as endive or escarole. Endive is a blanched bud of the chicory plant. It is produced by a two-phase growing process. The plants are grown in the field, then harvested. The tops are chopped off and the roots are put in cold storage and then regrown in the dark. Apparently, it’s one of the most difficult vegetables to grow. Escarole is what the bitter greens are typically called.

The common chicory (Cichorium intybus), which grew along my driveway is also edible. It has been cultivated like endive and the young greens used for salads. However, the main food use for chicory is as a coffee substitute, which is made from roasted roots.

The root is also the part that is typically used medicinally. Its uses are similar to those of dandelion root. Both dandelion and chicory are used as alteratives, also known as blood purifiers. They help to clear toxins from the system improving both kidney and liver function. Both are used as bitter digestive tonics to stimulate digestive secretions and appetite. Both are also high in inulin, a prebiotic that feeds friendly flora in the digestive tract to promote healthier gut flora. Specifically, chicory root can help to clear up skin problems like pimples and rashes, soothe irritated and red eyes, ease gout, and reduce swollen lymph glands. 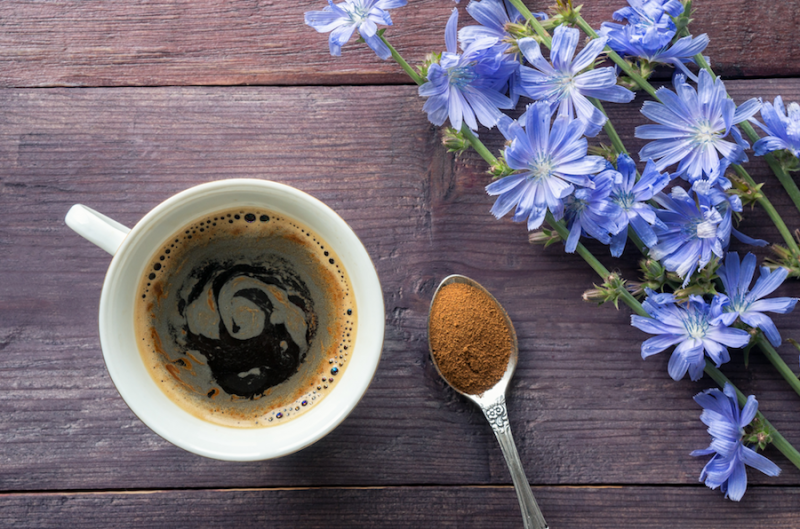 Michael Moore recommends harvesting the roots before the plant flowers (which makes them less bitter) and Matthew Wood recommends collecting them after a rain so they can be more easily dug up. if you harvest them, wash the roots thoroughly, chop them into pieces, and then dry them. You can then use the dried roots to make a tea, tincture, or glycerite to tone up digestion and remove toxic waste.

If you want to use them as a coffee substitute, roast the fresh roots in a frying pan or toaster oven until they are browned. You can then grind them up and use them like coffee. The roasted roots do not have the same alterative properties but are helpful for people who have overstimulated by caffeine and act as a bitter digestive stimulant. They can also be helpful for easing bowel problems associated with poor gall bladder function.

Chicory as a Flower Remedy

Chicory is among the first remedies Edward Bach discovered; it is one of his original twelve healers. As a flower remedy, it addresses a dysfunctional kind of love—a love that expresses itself as a needy, clinging attachment. This self-centered love is really a selfish, rather than a selfless love. 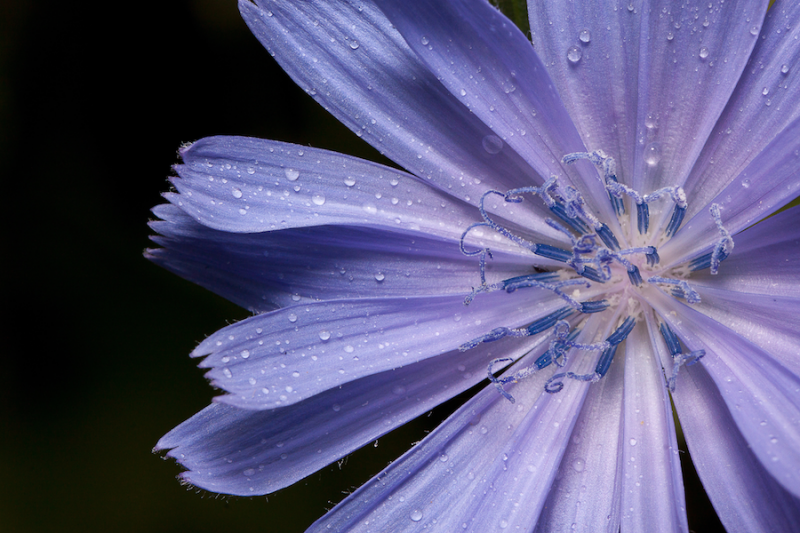 The person who needs chicory can be possessive, spiteful, vindictive, and evil cruel to those close to them when don’t feel they’re getting the love they need. They seem to be stuck in the needy love of a child and can act like a spoiled child, throwing an adult temper tantrum when they don't get what they feel the deserve. This may be due to being raised in an overly controlling family structure that fails to allow room for individuality. As Julian Barnard expresses in his Bach Flower Remedies: Form and Function, the clasping leaves and stalkless flowers which are tightly held to the stem, as a signature of this overly close family structure, which involves parenting that is smothering, rather than nurturing, and controlling, rather than empowering.

Chicory helps people learn to love in a way that respects the freedom and individuality of other people. It helps a person give selfless love, which allows them to receive selfless love in return. It can also help a person let go of the tendency to self-pity and self-martyrdom. The lesson to be learned is signified in the long blooming season of chicory, which can bloom from June to October. The person who has learned the lesson chicory has to teach can allow themselves to bloom in love for others that is uplifting and nurturing. They are able to give, rather than demand or expect, love.

If you want to use chicory as a coffee substitute or bitter digestive stimulant the roasted roots or many coffee alternatives are available at various grocery or health food stores. If you want to use chicory as a bitter tonic for digestion and liver, you’ll probably need to grow it or wildcraft it. You can also take the flower essence made from those cheerful blue flowers to become better at selflessly uplifting others. Whether you enjoy it because of its uplifting blue flowers or its value as remedy, chicory is easy to grow or wildcraft.