The Benefits of Blessed Thistle 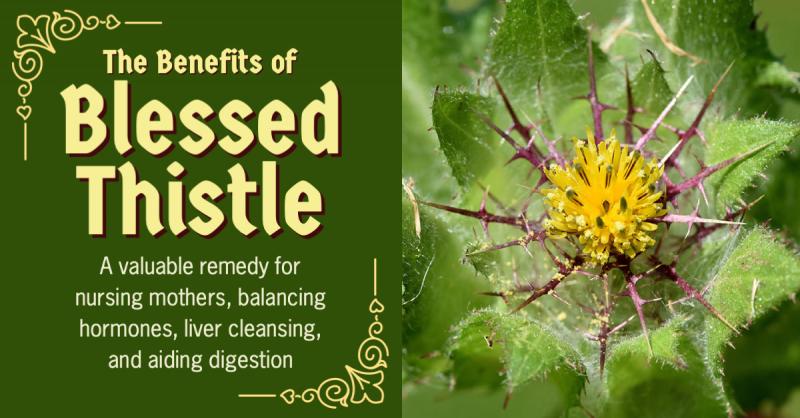 Thistles are pretty much universally regarded as weeds. They are prickly and tend to grow where they aren't wanted. And, if you've ever had to deal with thistles as weeds, you know they can be a real pain to get rid of. I had a major thistle problem on my old property in Leeds and had to dig them up every year to keep them from reseeding. Most thistles are edible and I've eaten the stalks of a number of species. One of which was even pretty tasty. But, when I tried cooking the roots from my yard the results were too bitter to be palatable. They had a flavor slightly reminiscent of artichokes but even after boiling them to death in salt water, they were nearly inedible.

More practically, many thistles are medicinal. The two most well-used are the milk thistle (Silybum marianum) and the blessed thistle (Cnicus benedictus). And while it is less commercially popular, blessed thistle is the variety I want to focus on here. This particular thistle was dubbed blessed as opposed to cursed from its reputation as a valuable remedy for many diseases. 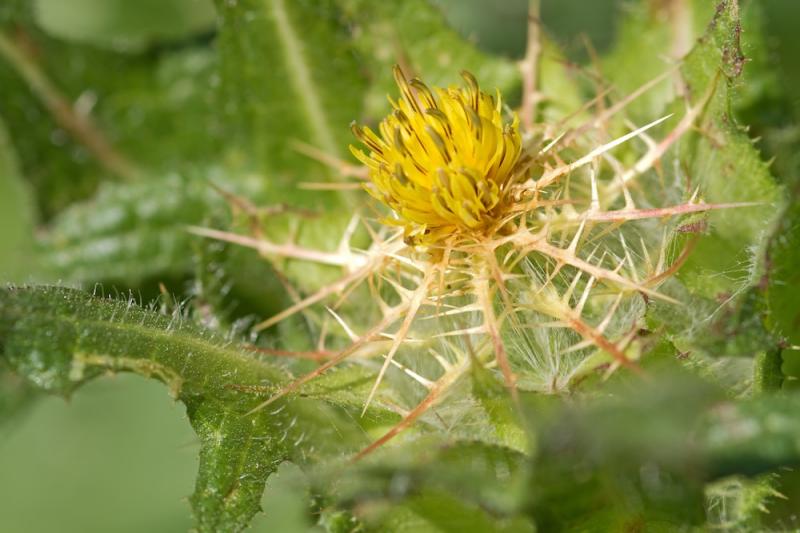 Both blessed thistle and milk thistle have been used as aids to nursing mothers. They are reported to increase the production of breast milk and possibly enrich the milk, so it is more nourishing to the infant. Matthew Wood says it’s “one of the most reliable galactagogues.”

Like most thistles, blessed thistle has a strong action upon the liver, stimulating the processes of liver detoxification. Although it may have some hepatoprotective qualities like milk thistle, it is not as strong and is more stimulating than tonifying. It is typically combined with blood purifiers and liver herbs in formulas to detoxify the body and clear up skin problems, cysts, and other morbid conditions in the body. 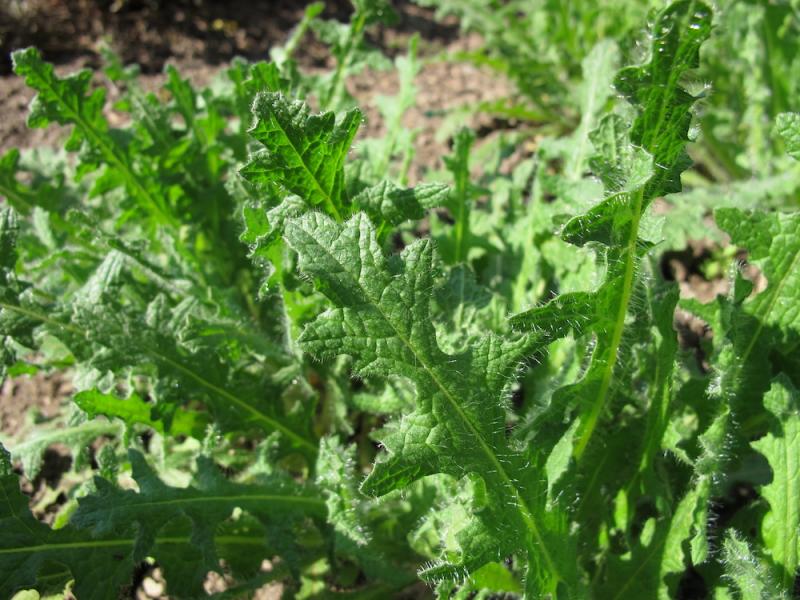 Blessed thistle appears to aid the liver’s ability to regulate hormones. According to Matthew Wood, it helps detoxify excess androgens, something important for women who have unwanted facial hair. It can also help with hormonal imbalances in teenage girls, menstrual cramps, headaches associated with menstruation or menopause, and teenage acne due to excessive hormones. It is often included in formulas for PMS as a supporting herb, combined with hormonal regulators like black cohosh, false unicorn, chaste tree, and others.

Another interesting use of blessed thistle has been as a tonic for the brain. It’s been used to improve circulation to the brain, aiding concentration and memory. Here it can be used with herbs like ginkgo, gotu kola, rosemary, and bacopa to help protect the brain. It may also help with depression, dizziness, and tinnitus.

In large doses, the plant is emetic, meaning it induces vomiting. It also acts as a mild laxative. It’s also reported to help with colds, fevers, and angina. Many of these uses are probably due to its general ability to detoxify the body and help nourish the whole system.

I attended a class with David Winston where he spoke about plants as belonging to tribes. Thistles belong to the warrior tribe because they grow to protect the land. Poison ivy is in the same tribe. I thought about the fact that thistles grow when a range is overgrazed, which keeps the animals away until the land heals. I can definitely see the warrior aspect of thistles. Besides being prickly, they are rugged. I've seen where a roadside has been sprayed with herbicides and the thistles, although they may wilt a little, recover, a signature for their ability to resist poisons and toxins. 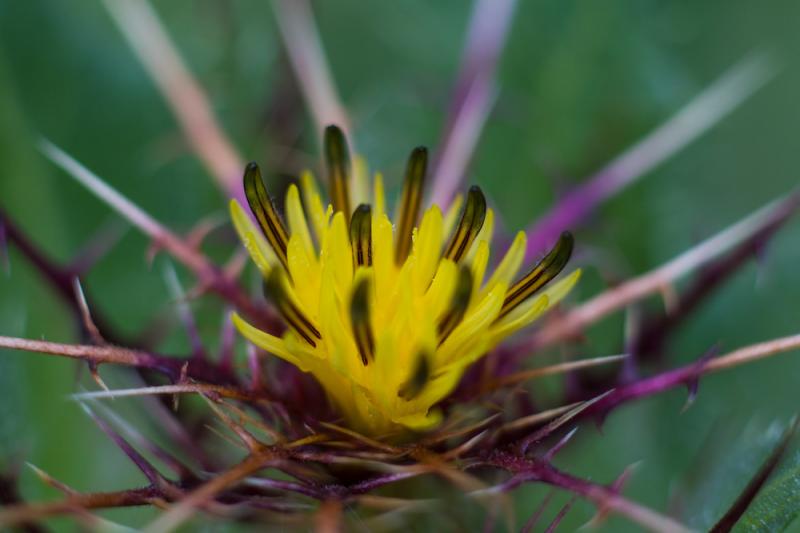 In her book, Flower Power, Anne McIntyre says that the flower essence of the blessed thistle is a symbol of independence and the ability to protect oneself. It can be used to help you stand firm in your integrity and your ability to trust your own judgment. It aids your ability to rely on your inner strength without using defensive speech or actions. So, blessed thistle is both nurturing (aiding nursing mothers) and protective (helping cleanse the body of toxins), demonstrating that these two energies do not need to be at odds. One can be nurturing and defend oneself at the same time.

Anne also says that homeopathically, blessed thistle aids twitching or flickering eyes and a feeling that one's eyes are too big. These symptoms go along with being startled or frightened, again suggesting it helps with quiet inner strength. It also eases burning in the stomach and burning in the arms after exercise.

The leaves, roots, and seeds of blessed thistle can be used, but the most commonly used part is the root. You can make tea from the leaves, but it will be quite bitter. The roots can be found in capsule form, the dose being one capsule twice a day. You can also get (or make) tinctures, the dose being 30-40 drops two or three times a day. However, I mostly use blessed thistles in formulas targeted to more specific purposes.