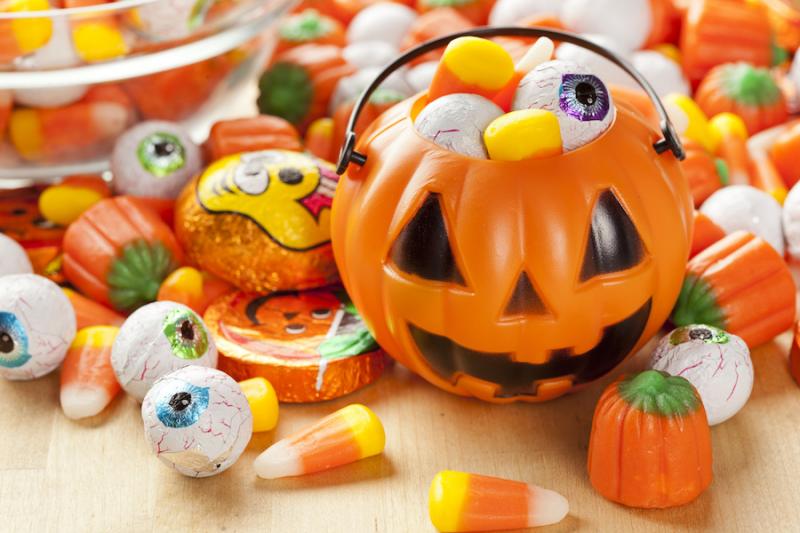 Every Halloween millions of American children dress up in costumes and utter the chilling phrase, “trick or treat.” Although this is a hollow threat, most kids just want the treat, there is a trick being played. And that is the fact that people have been deceived into thinking that a little sugar is just harmless fun.

The general assumption is that refined sugar is okay as long as you don’t eat too much. But how much is too much? At one time sugary foods would have actually been a real treat, something you’d get on special occasions like holidays or birthdays. Today, however, sugar isn't just a treat anymore, it is a staple of many people’s diets and many children get sugar-laden candy, sodas and food laced with sugar every day.

This wasn’t the case in our home when my children were young. Most of the time we didn’t have any refined sugar in the house. We made homemade cookies, cakes and pies with whole grains, honey and other natural sweeteners. I especially enjoyed making ice cream with organic cream and honey. So, when my kids went trick or treating and came home with a bag full of sugary treats I could observe firsthand the changes in their behavior right after eating all that sugar. My normally well-behaved kids suddenly became hyperactive and irritable.

The Trick in Sugar 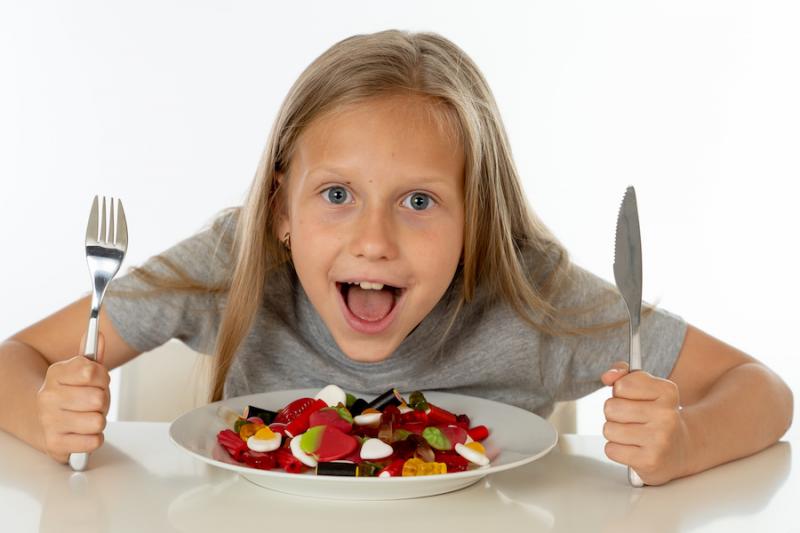 I really enjoy watching survival shows, partly because I’m interested in outdoor survival, but also because I’m fascinated by how human beings cope with difficulty. When people are struggling to find anything to eat, coming across any kind of carbohydrate—honey, sugar cane or fruit—they become ecstatic. It’s because sugar, in the world of nature, is a rare treat. It’s hard to find, and when you do find it, the dopamine in your brain fires off telling you to go for it.

It’s why sugar is associated with fun and happiness. When children are presented with sweet treats their faces usually light up. It even appears to calm children down, at least temporarily.

This is because sugar stimulates the reward centers in the brain, causing a release of dopamine. Dopamine neurons motivate you and reward you for pursuing things essential to life, like eating or reproducing. The problem lies in the fact that sweet foods in nature also contain other nutrients, like vitamins and minerals, which provide a sense of satisfaction.

Refined sugar doesn’t have the nutrients the body really needs, so after giving an initial surge of pleasure and a temporary boost in energy, due to the release of dopamine, there is a crash a short time later. The pleasure and energy surge gives way to irritability, anxiety, fatigue and even mild depression. The child placated with sweets often becomes hyperactive and irritable within less than an hour as I saw clearly in my own children. They are anything but calm and happy. The same thing happens to adults, but it is harder to see because adults are better at controlling their emotional expression. 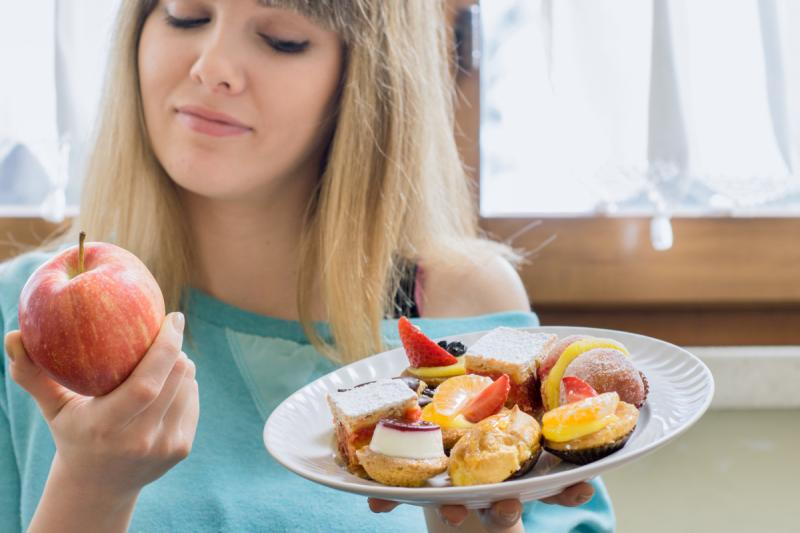 The reward center of the brain is directly stimulated by drugs like nicotine, cocaine and amphetamines. So someone who uses these substances also gets a high followed by a let-down, and they think the answer is another fix of the drug. Sugar does the same thing. When it is consumed regularly this dopamine response that feels so pleasurable becomes blunted, and people feel they need more and more to get the same good feeling.

Sugar is so addictive that it actually lights up the reward centers of the brain more than cocaine. In fact, sugar is added to other addictive substances to increase their effects, such as sugar in caffeinated or alcoholic beverages. In fact, the addition of sugar to tobacco not only increased tobacco sales, but it also appears to have made cigarettes more addictive.

People will say that the only problem with sugar is eating too much. But when something is plentiful, easy to obtain and addictive, it’s difficult to determine how much is OK to consume. Once you’re addicted, if you cut back you don’t feel good. You go through withdrawal. Just like one drink is too much alcohol for an alcoholic, even a little bit of sugar can be a problem once you’ve become a sugarholic.

If you don’t believe sugar is addictive, try this simple test, don’t eat anything with refined sugar in it for two weeks. Even better, if you have children, don’t let them have any sugar for just a few days. In either case, you’ll rapidly see all the classic symptoms of withdrawal.

The Deceit in Refined Sugar

Most mainstream literature on sugar lumps all forms of sugar together. They claim that all sugars from those found in sweet fruits to natural sweeteners like honey and maple syrup as being on par with refined sugars like table sugar (sucrose) and high fructose corn syrup. This is a deliberate attempt to obscure the facts because not all sugars are equal. There is nothing wrong with eating naturally sweet foods. It is sugar in its bare chemical form that’s both addictive and damaging to the body.

Your taste buds like sweet things because your brain, nerves, and muscles use sugar for energy. Specifically, they use a sugar called glucose. Sucrose and high fructose corn syrup are composed of two sugars, glucose, and fructose. Plants store sucrose as starch, so all starchy foods, including grains and potatoes, are sources of sugar.

Nature, however, does not provide sugar in isolation. In natural foods, sugar is found in the cellular structure of the plants, along with numerous other substances including fiber, vitamins, minerals, proteins, fats and various phytochemicals. These additional vitamins and minerals are required to process this sugar into usable energy.

That’s how sugar deceives us. It makes us think we’re getting something we need, but we really aren’t. If we wish to have good health we need to learn to satisfy our sweet tooth with real foods, not artificial ones.

The Many Benefits of Kicking the Habit 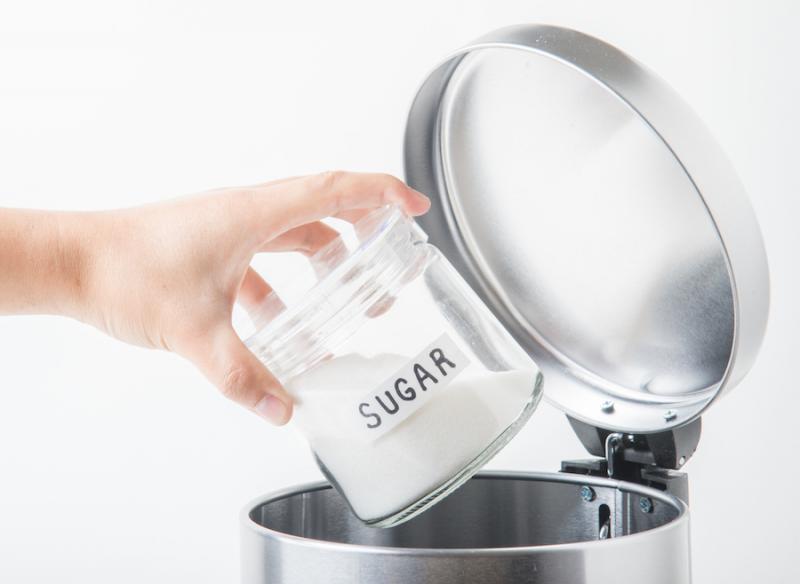 You’ve probably heard about the negative effects of refined carbohydrates all too often. Instead, let’s look at the positive side and talk about the benefits you might enjoy when you have kicked the sugar habit.

The first is weight loss. People who don’t eat refined carbs (and temporally avoid high starchy natural foods) tend to lose weight and keep it off. At the same time, their energy levels are higher and more stable. They also sleep better.

People who give up sugar notice that their emotions are more stable (and positive) and their brain works better. They stop experiencing mood swings. If they suffered from depression or anxiety, this often clears up completely. They may also find it easier to control their temper. They can also think more clearly and remember things better.

All of the above benefits come with a reduction in your risk of all major degenerative diseases, including heart disease, cancer, neurological disorders like Alzheimer’s and neuropathy, and non-alcoholic fatty liver disease. In short, eliminating refined sugars will probably grant you a longer and healthier life.

It takes a few weeks of staying away from these foods and eating healthy foods for the reward centers in your brain to rebalance themselves. So, it takes some willpower for a couple of weeks to break the sugar addiction and start forming healthier habits. Once you get past this readjustment, however, you’ll find you tend crave natural foods and lose the cravings for refined sugar and other artificial foods. The hardest trick, at least for me, is learning to avoid the social pressure when people say, “Oh, just have a little. A little won’t hurt you.” That’s what tends to trips me up. But, stick with it, the rewards are worth it.

So, why wait until New Year’s to make a resolution? Give yourself a real treat and get started today in kicking the sugar habit and don't get tricked this Halloween by refined sugar.