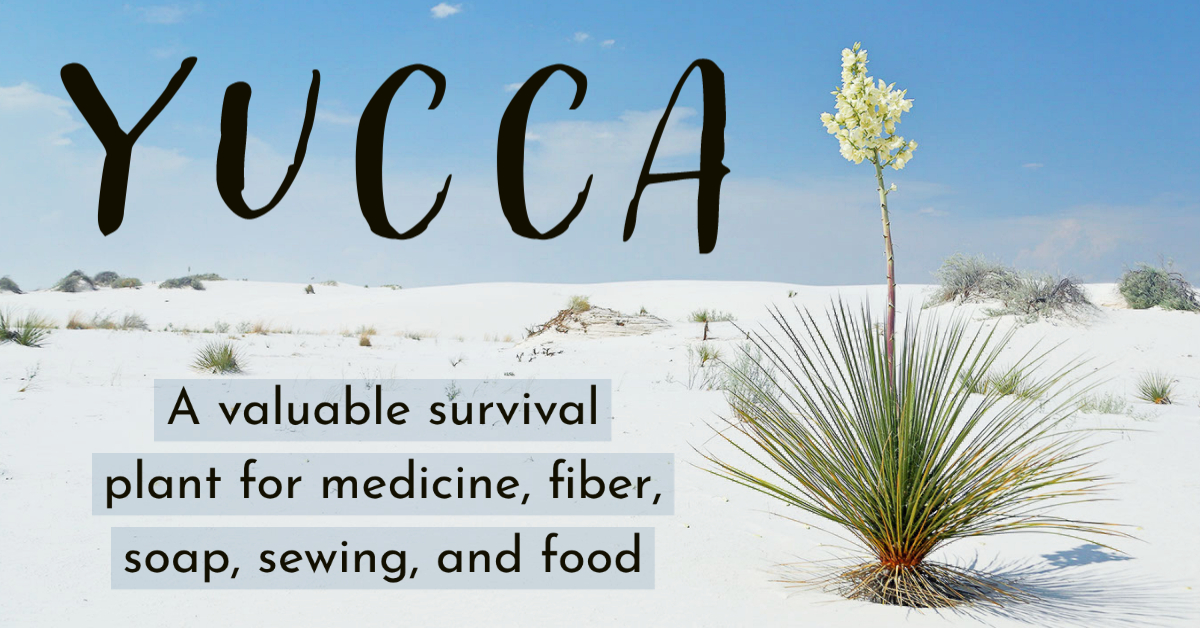 I live in the American southwest, which is home to the yucca plant, Yucca glauca, Y. baccata, and other species. It’s a native of the American desert southwest and the Mexican desert highlands, but its range extends all the way to the east coast and up to the Dakotas, so it grows in most areas of the United States. Yucca was valued by Native Americans for many reasons. It was used for food, medicine, and other utilitarian purposes. 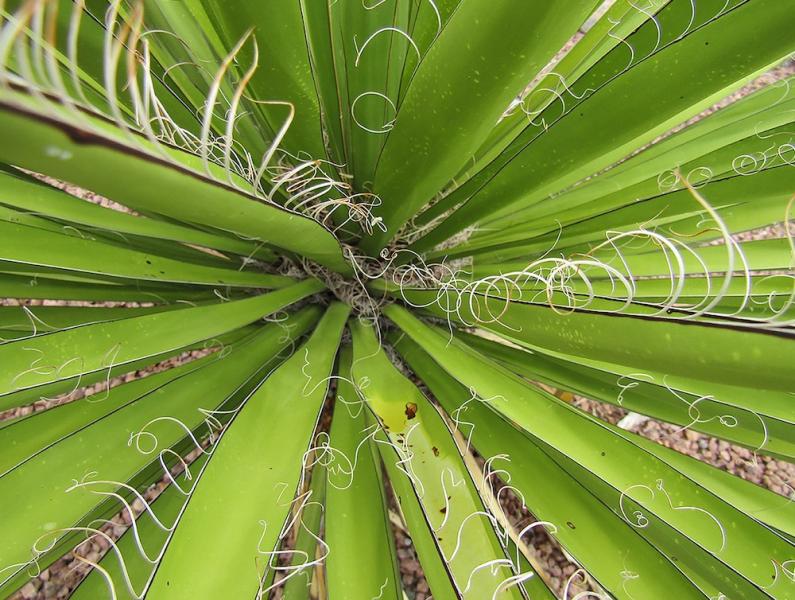 Several years ago, I had the opportunity to attend Sam Coffman’s survival school in Texas where we pounded yucca leaves to get the fibers from them to weave cordage. This is just one of the utilitarian uses for the strong fibers in yucca. It can also be used as a needle and thread. The leaves are sharp and pointy, giving rise to common names like Spanish bayonet and dagger plant. This pointy tip of the leaf is attached to a strong line of fiber running through the leaf. By carefully pulling the point off and stripping the fiber all the way down the leaf you can obtain an instant needle, with thread attached. Hence, another common name for yucca is Adam’s needle.

One of the first things I learned about yucca when studying plants as a teenager was that the roots were used as a soap. This is due to high levels of saponins in the root, which are released when the root is cut and mashed in water. The result is a soapy solution that can be used to wash hair, clothes, and more. This is why another common name for it is soap weed.

There are also edible parts of the yucca plant, especially the flowers and fruits. However don’t confuse yucca (2 c’s) with yuca (1 c) or cassava, which is grown for its edible roots.

Saponins are a major part of what gives yucca root its medicinal properties. They are soap-like compounds that produce foam or suds when extracted in water. So, if you chop up the roots of yucca and extract them in water, you can produce a sudsy solution.

Starting in the 1970s modern researchers began to explore the chemistry of yucca and discovered some interesting properties. John W. Yale, Ph.D. determined that steroidal saponins were a primary component of yucca. These saponins can be used as precursors to create synthetic cortisone. And while yucca does not help your body produce cortisone, it does appear to help modulate cortisone reactions in the body, giving them anti-inflammatory and mild analgesic effects. The mechanism however is not fully understood.

Licorice root and wild yam contain similar compounds and actions. I’ve shaken up the decoction of licorice root to produce foam. It doesn’t produce as much as yucca, but it’s definitely there. Wild yam got promoted as natural birth control because its saponins were used to make synthetic progesterone (another steroidal hormone produced in the adrenals), but there is no evidence the body converts these compounds into progesterone either. 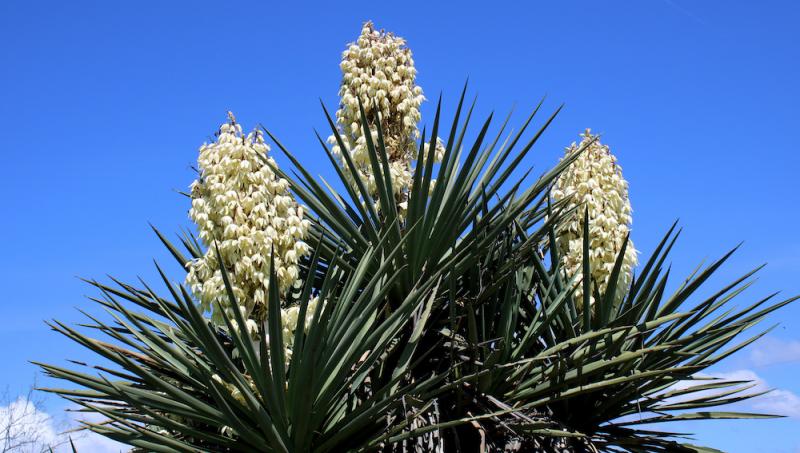 But, back to yucca. John Yale, mentioned previously, showed that when yucca plants die in the desert, their leaves break down into a fine dust which spreads to the soil and plants around them, lending them the adaptogenic (anti-stress) and water-retaining characteristics to the soil. This aids yucca’s ability to survive in its harsh environment. The saponins in yucca have also been shown to accelerate organic waste breakdown by microscopic bacteria, which lead to yucca saponins being used to help process sewage.

They do the same thing in the body’s sewage treatment plant, the colon. They help improve digestion, reduce the accumulation of undigested waste, and improve the balance of friendly bacteria. Since the saponins aren’t absorbed, this may account for a large part of yucca’s health benefits, including its ability to ease joint and muscle pain. Yucca can be very helpful for arthritis, but why isn’t well understood. It’s also considered to be an alterative or blood purifier, meaning it can help to clear up a toxic condition in the body associated with skin problems, swollen lymph nodes, cysts, and more. It may also have a beneficial effect on the adrenal glands, similar to licorice, and can be helpful for other conditions like headaches, prostatitis, and possibly cancer.

You can take yucca as a tea, but it’s easier to take in capsules. A good dose for easing inflammation and pain, while improving digestion, is 2 capsules two or three times daily. Excessive doses may cause gastrointestinal upset, probably due to altering intestinal bacteria. Also, long-term use reduces intestinal absorption, according to Michael Moore in Medicinal Plants of the Mountain West, who suggests you should take a periodic break from it when using it long-term.