Beyond Beer: The Sedating Power of Hops 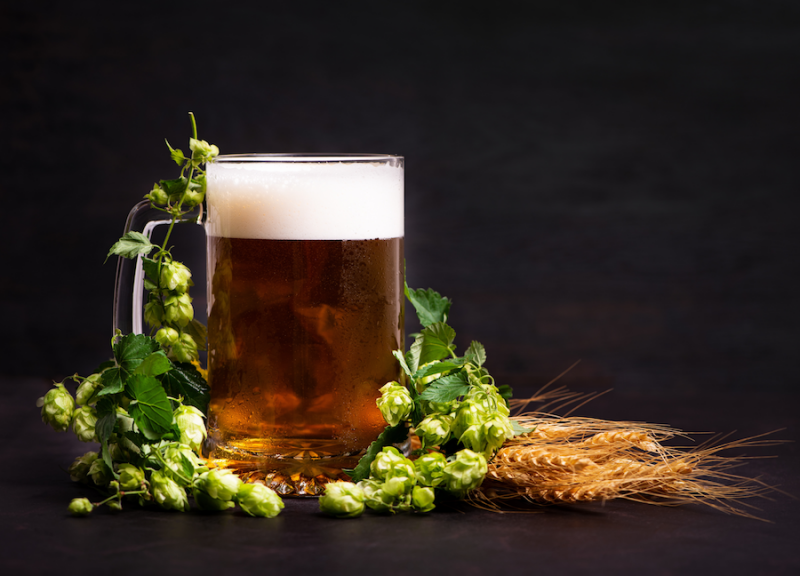 Hops are widely cultivated, not for its use as an herbal medicine, but as an ingredient in beer. How it came to be used for that purpose is an interesting story related by Stephen Harrod Buhner in his book Sacred Herbal Healing Beers. In the past, people didn’t make tinctures by soaking herbs in alcohol, they made medicinal wines and beers adding the medicinal herbs in with the barley, grapes, or other substances being fermented. Many of these original spirits were mind-altering and stimulating to the body and/or sex drive. Ingredients used in these beers included wormwood (also used to make the liqueur absinthe), yarrow, rosemary, sage, henbane, and mandrake.

The use of hops came about because Protestant reformers felt these drinks promoted a greater tendency to sin. Hops were promoted as the best herb for beer for two reasons—it was sedative instead of stimulating and it reduced, rather than increased, sex drive. As a result, today’s beer drinkers are getting calmed down, both physically and sexually, which leads naturally into a discussion of the properties of hops.

The Sedating Power of Hops

Hops are the third herb in the sleep-promoting trio I’ve discussed in the last couple of articles, the other two herbs being skullcap and valerian. Hops is different from the other two plants because it acts as a mild central nervous system (CNS) depressant. In other words, it inhibits the function of the CNS, which will inhibit pain, slow reflexes, and make you feel drowsy.

The effect is strong enough that people harvesting hops have been known to fall asleep on the job. Occasionally, they also experience breathlessness, cardiac irregularities, and profuse sweating, all probably due to an over suppression of the CNS.

This also points out the fact that you don’t have to ingest hops to get the sedating effect. People have put hops flowers into small pillows to help them sleep, just like they do with lavender. It would be interesting to make a sleep pillow out of both.

The Estrogenic Properties of Hops 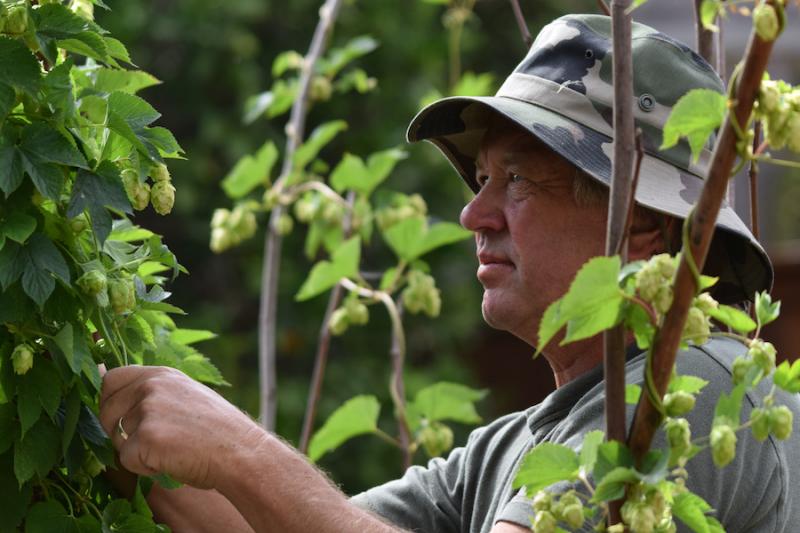 Hops lower sex drive in men because it has a pretty powerful estrogenic effect. The effect is strong enough that men picking hops have been known to experience erectile dysfunction. Because it is estrogenic, hops should be used with caution during pregnancy. And, with men experiencing lower levels of testosterone in general, it’s probably not a good idea to use hops for long periods of time, either as an herb or by drinking too much beer. In fact, excessive beer drinking may contribute to disorders like sterility, obesity, and liver degeneration.

The compounds in hops may be mildly addictive. Interestingly, hops are in the same family as cannabis (hemp) where we get CBD, which also has a strong influence on the CNS. Both plants share a common trait, the male and female flowers grow on separate plants and it’s the female flowers that have the strongest action. In hops, these female flowers are known as strobiles. The essential oil of hops even contains B-caryophyllene, a sesquiterpene that affects the endocannabinoid system.

Herbalist Ryan Drum refers to some interesting experiments where it was discovered that the hops extract in beer was actually more addicting and habituating than the alcohol, which suggests that beer drinkers may have a mild addiction to hops. Hops, therefore, can be used to help wean people off of beer.

The bottom line, however, is that hops aren’t a plant to use in large doses over an extended period of time. It’s best used in combination with other nervines. It's probably not the best nervine for children, either. Stick to gentler nervines like chamomile, vervain, and passionflower for children. It’s also good to avoid if you have low testosterone.

The Personality Profile for Hops 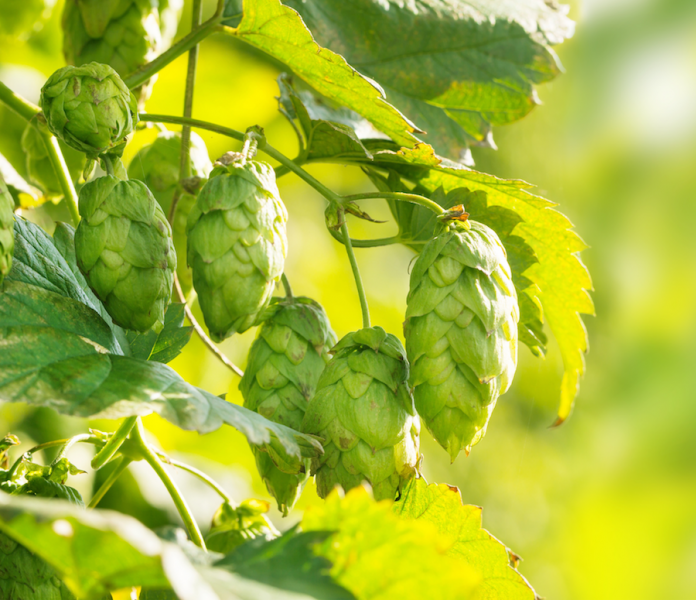 Dorothy Hall has a personality profile for the person who needs hops in her Creating Your Herbal Profile. She says that the person who needs hops is a manager, they spend too much time living in the future, always thinking and planning. They may even get depressed when life spoils their well-made plans. They may develop irritability at the poor planning of others and start becoming critical of those who are more spontaneous.

The wound-up nature of these people may prevent them from getting the sleep they need as they may wake up thinking about all their plans. So hops may be a good herb to help them unwind in the evening (perhaps even in the form of a natural hop beer) so they can relax, get the sleep they need, and wake up refreshed instead of cranky. If they also tend to have digestive problems from their overthinking and worrying, then hops is a perfect match.

Finally, I would add that the use of herbs in brewing is intriguing to me. I’ve never made beer, but I’ve often wondered what it would be like to experiment with making beers from other herbs besides hops and selling the beers as functional drinks. A friend of mine contemplated such a business at one time, but I'll leave it to some younger herbalists to decide if it's an idea worth developing. Meanwhile, if you need to calm down to get to sleep or ease a few aches and pains, hops is a great herb, not necessarily as a single, but certainly as part of a well-crafted formula. It's even OK to dose it as part of an occasional bottle of natural beer if you can handle the alcohol.