A reliable remedy for insomnia, pain and anxiety - March 9, 2021 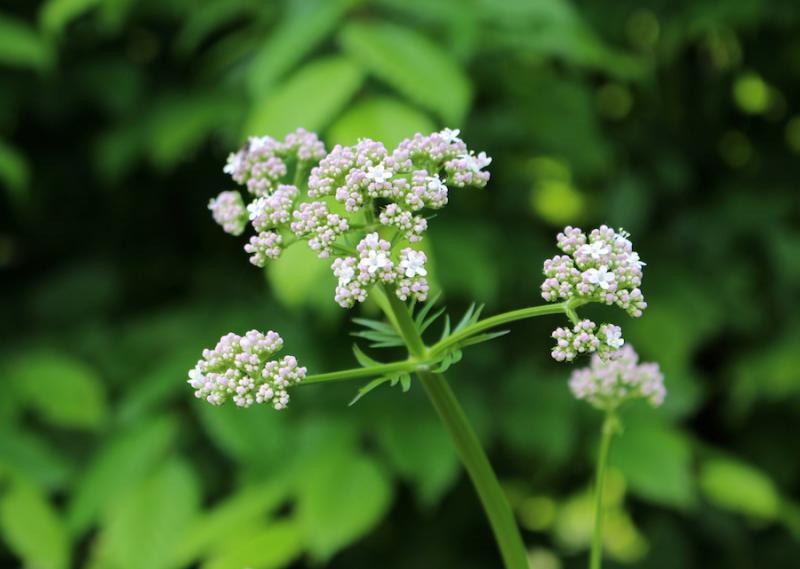 When I’m teaching people about edible wild plants I talk about the difference between plants that are edible and plants that are palatable. Not everything that’s edible tastes good. Some wild foods you’d eat because you like them, and others you’d eat only if you really had to.

It’s a similar thing with herbs. Some herbs are quite tasty and pleasant to take in a liquid form. Others make you glad you can take herbs in capsules. Valerian is in this latter category. It’s not only bitter-tasting, it has a very disagreeable odor, one that has been described as reminiscent of mildew, moldy cheese, or stinky socks. However, if you’re feeling uptight, tense, anxious, can’t sleep, or feeling pain, you’ll be glad to use valerian in spite of its unpleasant smell and flavor.

Valerian is one of the three most popular herbs for sleep; the other two being hops and skullcap. Valerian is a reliable sedative to help you fall asleep and a useful remedy for improving the quality of sleep. It acts as a sedative without causing daytime drowsiness or impairing your ability to concentrate or perform tasks. It’s rarely used by itself for sleep and I think it works better as part of a formula. Valerian not only helps create a natural sleep cycle, something OTC sleep remedies do not do, it is also non-addictive.

If you’re considering valerian as a sleep aid, you should be aware that a small percentage of people who use valerian are stimulated by it. This may be linked with low thyroid or a parasympathetic dominant nervous system (which is characterized by small pupils). In these people, valerian can actually inhibit sleep. So, if a formula containing valerian isn’t helping you relax and get to sleep, try a formula without it. 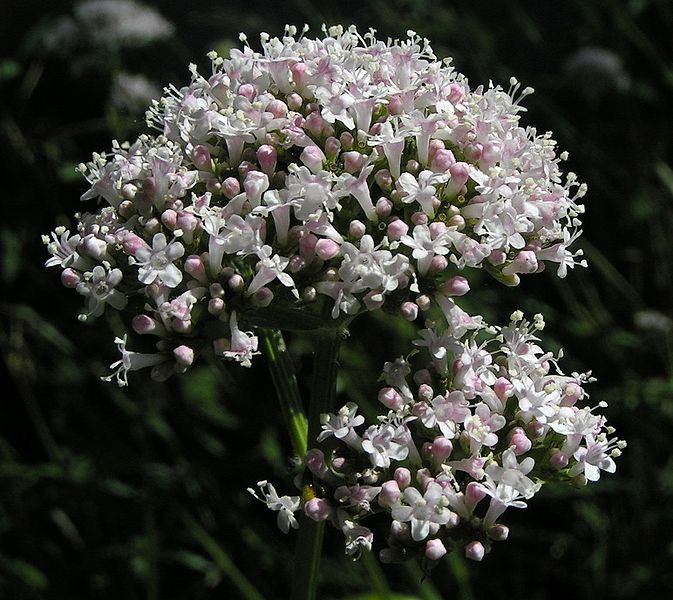 Valerian is a useful remedy for pain. Before I started using combinations with anti-inflammatories, like turmeric, boswellia, and mangosteen, I used valerian as an analgesic. For example, I remember using it after I had a root canal done. I took two capsules right after the procedure and a couple more capsules every couple of hours for the rest of the day. I didn’t need any other pain medication. Thomas Easley has said that he helped wean a woman off of oxycodone using very high doses of valerian. Many other people have also found it helpful for easing pain, but as with any analgesic, you also need to work on the root cause of your pain.

While valerian's bitter taste and nasty smell might be worrisome, it’s a very safe herb. In Herbal Therapy and Supplements, David Winston relates that a person once took 25 grams of valerian, which is more than 12 capsules and the symptoms of overdose were fatigue, abdominal cramps, and tremors, all of which resolved themselves within 24 hours. It appears that the body can metabolize or break down the compounds in valerian fairly quickly.

As a pain reliever, valerian starts taking effect after about a half to one hour after taking it and the effect lasts around four to five hours. That’s why I suggest using one to two capsules every two to three hours for pain relief. It works best on pain associated with cramps and tension, such as tension headaches or backache.

The compounds in valerian appear to affect GABA, serotonin, and norepinephrine. This helps relax spasms, reduce anxiety, and promote calm and induce sleep. Some of the compounds in valerian bind to the same receptor sites for barbiturates, which makes valerian a natural alternative for people who are taking anti-anxiety drugs. It's a good remedy for helping wean people off medications like benzodiazepine.

The dose for anxiety is lower than that used for pain—about 50 to 150 milligrams 2-4 times a day. Since an average capsule is about 400-500 milligrams, this means you’d take about one-fourth to one-third of a capsule per dose. So, if you want to use valerian for anxiety, either use it as part of an encapsulated formula or dose it in tincture form. 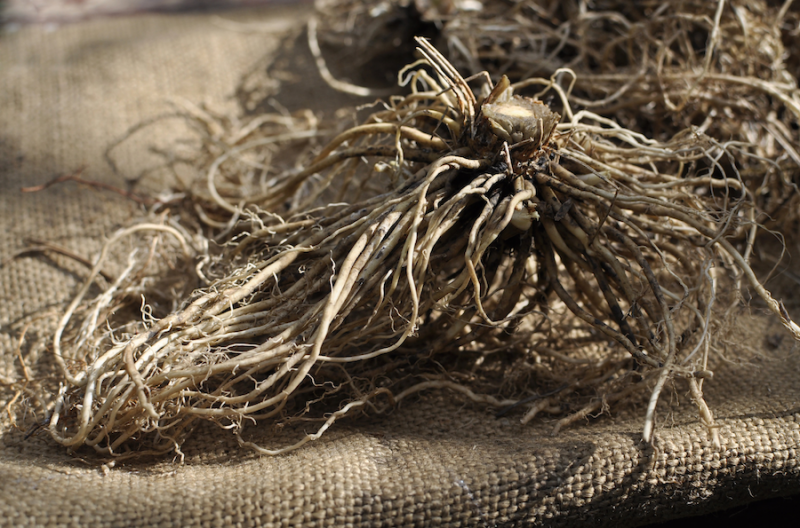 The Australian naturopath Dorothy Hall wrote an interesting book giving personality profiles for various herbs called Creating Your Herbal Profile. She says that the person who needs valerian has a tightly controlled personality. They have strong willpower and project a calm exterior while inside they are filled with tension. Having no patience for wimps, they have thick skin and tend to lack compassion for other people’s hurt feelings and emotional problems.

All this can result in severe muscle tension, high or fluctuating blood pressure, and chronic pain. The picture of the twisted pieces of the valerian root (shown right) gives you an idea of the uptight nature of the person who needs valerian to unwind them.  If that sounds like you, or someone you know, valerian may be the perfect nervine.

Maybe the smell is a way of telling you that not everything in life has to be prim and proper. Life stinks sometimes, but the fact that something doesn't smell good doesn't mean it can't have a useful purpose in our lives.