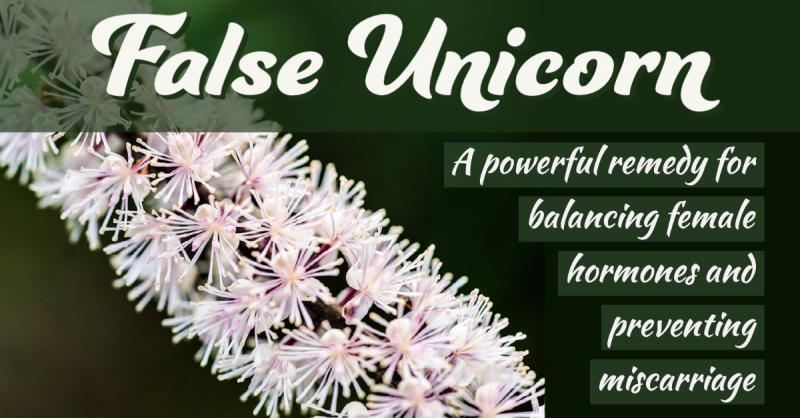 There’s always a danger in promoting herbs that are primarily gathered from the wild, because this can lead them to being overharvested. False unicorn (Chamaelirium luteum) is one of these plants. The United Plant Savers lists this native to the Eastern United States as Threatened in New York state and Endangered in Connecticut, Indiana, and Massachusetts. And while it isn't very widely used, it is important to limit its use to its best applications. In this way we can prevent wild populations from disappearing the way American ginseng, lady’s slipper, Echinacea angustifolia, and other popular remedies have.

I've primarily used false unicorn to prevent miscarriage and have a great personal experience to share about that, but first, let me tell you a little about the plant and its historical uses. False unicorn grows in low, moist, and well-drained soil and gets its name due to its gently curved root that resembles a unicorn’s horn. It is known in the herb trade as helonias root. It has also been called fairy wand do to the appearance of its flower spike. The plants are generally dioecious, which means male and female blossoms tend to appear on separate plants. 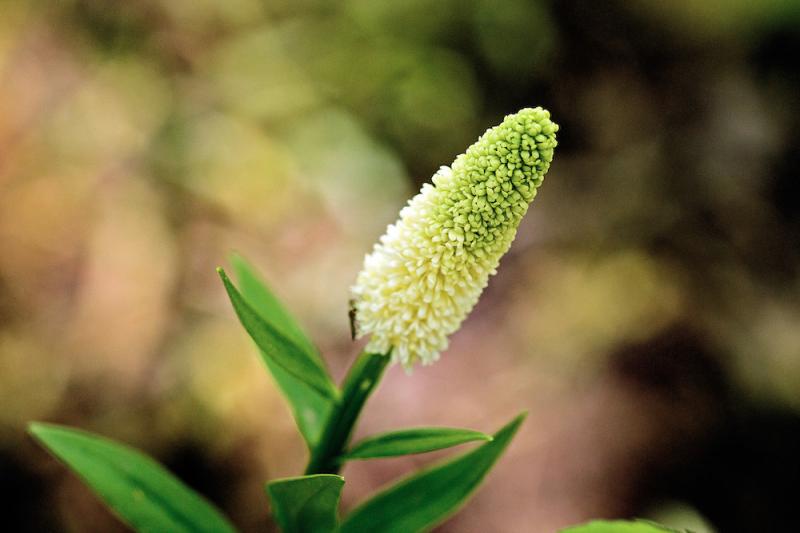 Native Americans used the plant primarily as a reproductive tonic for women. It seems to exhibit an amphoteric or normalizing effect on female reproductive hormones. For instance, it encourages regular menstrual cycles and has been traditionally used for irregular, delayed, or absent menstruation (amenorrhea). It has proven to be a valuable remedy for increasing fertility in women who are not ovulating properly.

In The American Dispensatory, the Eclectic physician John King wrote extensively about the benefits of false unicorn. He claimed it was of great value in diseases of the female organs, especially those involving the uterus. He said it acted as a uterine tonic, gradually removing abnormal conditions of the uterus and imparting “tone and vigor to the reproductive organs.” He found it valuable in treating leucorrhea (vaginal discharge), amenorrhea (lack of periods), and dysmenorrhea (painful periods). False unicorn is particularly helpful for ovarian pain associated with ovarian cysts.

Dr. King also found the herb helped to ease feelings of irritability and despondency that often accompanied female reproductive problems. I assume he’s referring to symptoms of what we call PMS, especially PMS type A, which is due to an excess of estrogen and a deficiency of progesterone during the later phase of the menstrual cycle.

Dr. King also said it can help a woman who has a tendency to repeated and successive miscarriages. I learned about using false unicorn to help stop miscarriages from midwives here in Utah, who told me it has been helpful for spotting during pregnancy and threatened miscarriage. 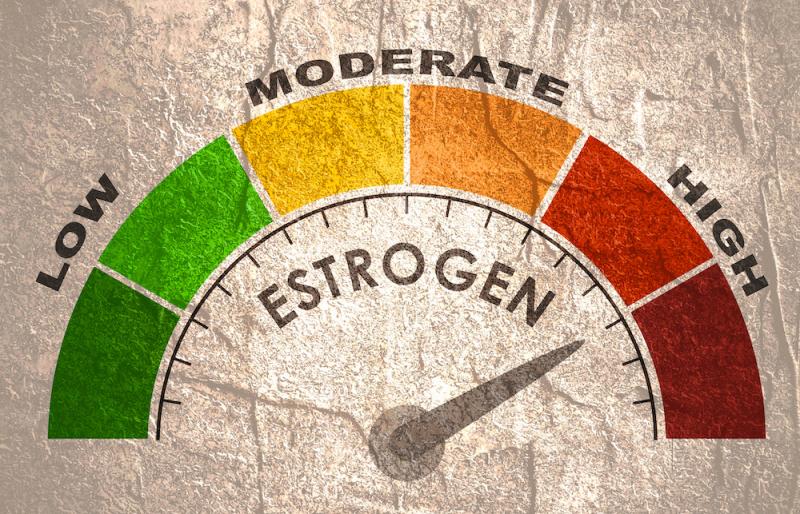 Based on my experience false unicorn is very helpful for female conditions which involve excess estrogen and deficient progesterone. Women who have this problem regularly are said to be estrogen-dominant and it’s a very common problem in modern society because of the prevalence of xenoestrogens, chemicals that mimic estrogen.

Many herbicides and pesticides act as xenoestrogens and estrogens may be given to animals to increase the production of eggs, milk, and meat. Another source is chemicals in plastics, especially soft plastics. These chemicals leach from plastic when it gets hot. Using organically grown foods will reduce exposure to these endocrine disrupters as will using glass, ceramic, or metal containers where possible.

So, because of xenoestrogens and the tendency to liver congestion caused by poor diets, many women suffer too much estrogenic activity in the body and too little progesterone. PMS Type A is a symptom of this, it involves higher levels of estrogen during this part of the menstrual cycle, where progesterone should be the dominant hormone. Progesterone helps maintain the uterine lining in preparation for possible pregnancy. If pregnancy doesn’t occur estrogen levels rise again bringing on menstruation.

PMS Type A is characterized by anger and anxiety, cramping, and the tendency to heavy menstrual bleeding. For easing this type of PMS, a female formula containing false unicorn, along with other hormonal regulator like chaste tree berries and herbs that aid liver function, like bupleurum and blessed thistle, will be helpful. 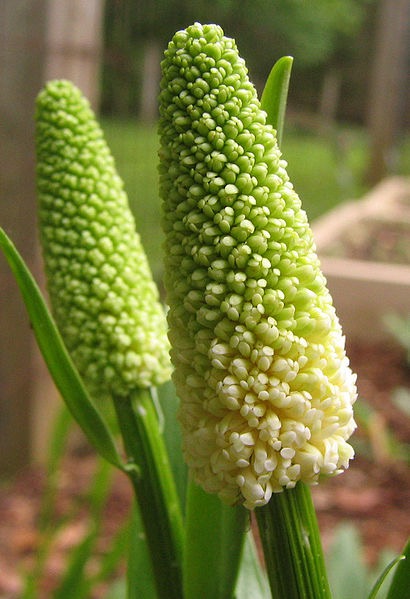 The program I’ve used for preventing miscarriage is two capsules of false unicorn three or four times a day for a total of 6-8 capsules per day. I’ve also recommended using capsicum and lobelia as part of this program, the dose being one capsule of lobelia and one or two capsules of capsicum three to four times daily. Since you’re most likely to find a tincture or extract instead of capsules, you can use 30 drops of the tincture in place of one capsule.

This program prevented the miscarriage of one of my own children. My wife (at the time) and I were living in a rented house. The landlord came by and sprayed the fruit trees, probably with malathion, a known xenoestrogen. He asked my wife to come out in the yard after he sprayed so he could show her the insect damage on the bark of the trees. That night she started to miscarry.

She started taking the herbs mentioned above, as well as some vitamin E and a little bayberry root bark. She was able to prevent the miscarriage. When we told our midwife about what had happened, she said that she knew many women who had miscarried after being exposed to pesticides like that, and we were the only couple she knew who had successfully stopped the miscarriage. After that, I heard that many women miscarry after towns spray these insecticides in neighborhoods to control pests.

Other Uses for False Unicorn 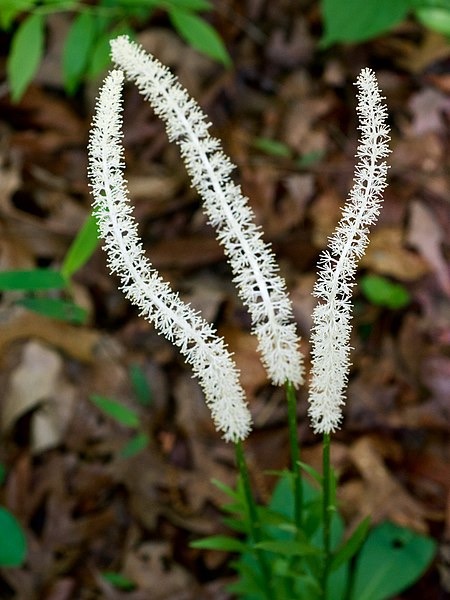 There are a few more additional uses for false unicorn I'd like to share. The Eclectic physicians used false unicorn in a formula called mother’s cordial, which was used during the last two to three weeks of pregnancy to promote a healthy delivery. The formula contains partridge berry, blue cohosh, cramp bark, and false unicorn and there’s a recipe for it on medherb.com.

False unicorn also has a positive effect on the digestive system. In small doses (a few drops of the tincture), it stimulates appetite and can help to ease morning sickness. Although it has been primarily used as an herb for women, it can have beneficial effects for men, too. It contains steroidal saponins similar to the compounds in ginseng. Dr. King also reported it helpful in cases of sexual lassitude in both men and women, especially when this was accompanied by impaired memory, mental apathy, and a general weakness of the entire body. It has also been used for erectile dysfunction and nocturnal emissions in males.

While false unicorn has wonderful benefits for the female reproductive system, I recommend reserving it for use as part of a female tonic formula or for threatened miscarriage because of its at risk status. It isn't easy to find, but if you work a lot with women and especially with pregnancy, I recommend you have some on hand so you can immediately start using it in the case of a threatened miscarriage.