Liberty is in Danger 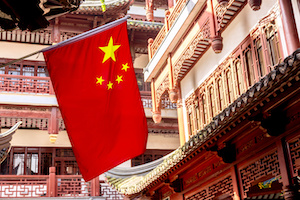 On July 4, 1986, I returned to America after spending three weeks touring communist China. I had been visiting China as a member of the corporate team of an herb company that was launching a line of traditional Chinese herb formulas. We had toured traditional hospitals and pharmacies, visited a farm where herbs were grown and met with many manufacturers of traditional Chinese medicines. We had also visited the Great Wall, seen the Terra Cotta Warriors and walked through the Stone Forest. We had even had dinner with the governor of Tibet. It was a once in a lifetime experience, eye-opening, often scary, but certainly enlightening.

Nevertheless, here I was, back on American soil on the day celebrating the signing of our Declaration of Independence. I was relieved, to say the least, since I had actually feared for my life on several occasions when I was in China, mostly from taxicab and bus drivers. So, after passing through customs in San Francisco, I understood the feeling people have when they want to kiss the ground. I was back in a prosperous country where I felt safe and relatively free.

The extreme poverty and third-world conditions I witnessed in China were distressing.  I had seen Chinese families living in 10x10 structures that were identical to the storage lockers Americans use to store their excess belongings. When in China I couldn’t call home and almost all of the letters and postcards I sent home arrived after I got back. I remember when our party needed to make a long-distance call to the next city we would be visiting. You called the operator, gave the number and she called you back when she was able to make the connection. It took about two hours to make that connection.

The airports in major Chinese cities were like run-down Greyhound bus stations in America. You had to go to the airline office the day before and show your ticket. They had a piece of paper with the image of the plane and its seats. They wrote your name down on the correct seat by hand to reserve it. The closest I’d seen to a plane leaving on time was just two hours late. Most of the time our flights were about four hours late.

Everywhere we went a member of the Communist party accompanied us, making sure nothing was said to us was “politically incorrect.” Our translators often spoke with the party representative before translating the conversation. I assume they were getting approval as to what they could and couldn’t say.

My Visit to Tibet 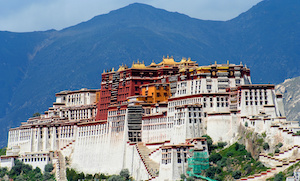 One of the stops we made was in Lhasa, Tibet. As I mentioned before, we had dinner with the Chinese governor. That experience, more than any other, burned the fear of government power into my soul.

For those of you who are not familiar with the history of China and Tibet, you need to know that Chinese troops marched into the Tibetan capital of Lhasa in September of 1951. Since that time one-fifth of the population of Tibet (about 1.2 million people) have died as a result of China’s policies. Over 6,000 monasteries, temples and other cultural and historic buildings have been destroyed. According to a petition submitted to China by the 10th Panchen Laman in 1962, “more than 97 percent of monasteries and nunneries were destroyed and the number of monks and nuns living in the monasteries was reduced by 93 percent.”

The signs of Tibet’s occupation had been evident. Soldiers with machine guns were stationed on bridges and at other strategic locations. The tension was obvious when I was there and a little more than a year later it broke into protests and riots that lasted two years. But, there I was shaking hands and having a pleasant dinner with the political leader in charge of the communist occupation.

So, what scared me? It was simply this‚— he didn’t fit the stereotype I had in my mind of evil dictators. He was friendly and pleasant. In fact, he seemed very much like the few American politicians I’d had the privilege of meeting. I think that he sincerely believed that what he was doing was right, that it was for the benefit of the Tibetan people.

The phrase “power corrupts” seemed applicable. I recognized that ordinary people when given political power can easily be convinced to use it in ways that destroy innocent people’s lives in order to advance some agenda or ideology.

I was very familiar with the constitutional idea of division of powers. I understood why the Founding Fathers had worked so hard to separate pollical power both horizontally, through the three branches of government—the legislative, executive and judicial, and vertically, by the idea of state, county, and local governments. Giving any one individual, no matter how well-intentioned they are, too much power is inherently dangerous.

But, I realized at the time, government isn’t very good at controlling itself. People in power routinely believe that they are the enlightened ones, the people who know what’s best for everyone else. They sincerely believe they know what’s best for you and me and that having that power, they can and should use it to control us, the “unenlightened.”

Why does this happen? Because it’s more efficient of course. It’s a cumbersome process to try to get many different people to agree on anything. If you believe you know what’s best, you don’t want to have to convince people you’re right, you just want more power to force your will on others.

My trip to China awakened me to a great truth. The greatest check against tyranny isn’t the Constitution, it’s the moral beliefs of the American people. It’s not the government’s job to preserve our rights and our liberty—it’s the job of “we the people.”

On that July day in 1986, I realized that our liberties were safe as long as the majority of Americans believed in the moral principles upon which our rights are based. And, at the time, I thought that Americans would never stop believing in freedom of religion, freedom of speech, freedom of the press, the right to keep and bear arms and free enterprise. That’s what made me feel safe in America. I was back in a country where I believed the majority of people held fast to these basic principles.

There is a New Civil War in America 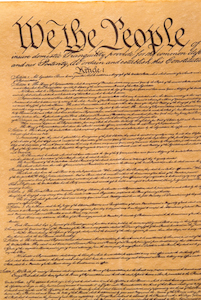 My sense of security in America was broken about seven years ago, when I started experimenting with social media as a tool for growing my business. I had stopped watching the TV news many years earlier as I felt it focused too much on the negative side of life.  I wanted to concentrate my energy on trying to do good in the world, not worrying about all the bad things that were going on.

As I read posts by many young people on a website called Tumlr, I became aware that an increasing number of young Americans no longer believe in many of these freedoms. Schools and colleges were filling them with ideas that went contrary to the ideals I believed America was founded on. One of these beliefs is that one is justified in using violence against people who disagree with you, if their views constitute “hate speech.’ I realized they were also being taught that America was an evil country and that free enterprise was actually exploitive.

I’ve had a lot of opportunities to travel internationally since that trip to China in 1986. In addition to another trip I made to China in 2006, I’ve traveled across Canada, visited the UK, Malaysia, Jamaica and I’ve even been to Russia twice. My wife is from Ukraine and the stories she tells of corruption and poverty in that country, both during and after the Soviet occupation, are downright frightening. The fact is, that people who haven’t traveled extensively have no idea how well off we are in the United States, both in terms of freedom and in economic opportunity.

My concern is that we’ve lost the understanding of the moral laws that keep us free. In fact, we’ve already lost a great deal of our freedom, especially in two areas—economics and due process of law. Unfortunately, most people can’t see this because they’ve never understood the principles behind these ideas, nor understood what the constitution was supposed to guarantee.

I worry about this because I don’t think the people I spoke to in Communist China in 1986 had any idea how little freedom they enjoyed. I remember a conversation I had with one of our translators while riding in a taxi without the communist party person present. She told me how free China was after the Communists had overthrown the Chinese emperor.

As the famous German author, Johann Wolfgang von Goethe said, “None are more hopelessly enslaved than those who falsely believe they are free.” I was friends for eight years with an ex-CIA agent. One of the things he told me was that black slaves were discouraged from learning to read. Why? He said that slaveholders knew that if blacks were educated they would realize they were slaves and rise up and rebel. Brain-washing people to think that they are free when they are simply conforming to the majority opinion doesn't mean they actually are free.

The Constitution of the United States has a preamble which states the intent of the document and part of the intent of “We the People” is to “secure the Blessings of Liberty to ourselves and our Posterity.” But the Constitution doesn’t define what liberty means. It is our other founding document, The Declaration of Independence, which does that and that is what we will look at in the next chapter. Without the insights found in the Declaration, we can’t understand what the Constitution was seeking to secure.