Bayberry is a useful herb for sore throats, bleeding gums, clogged sinuses, and much more - April 13, 2021 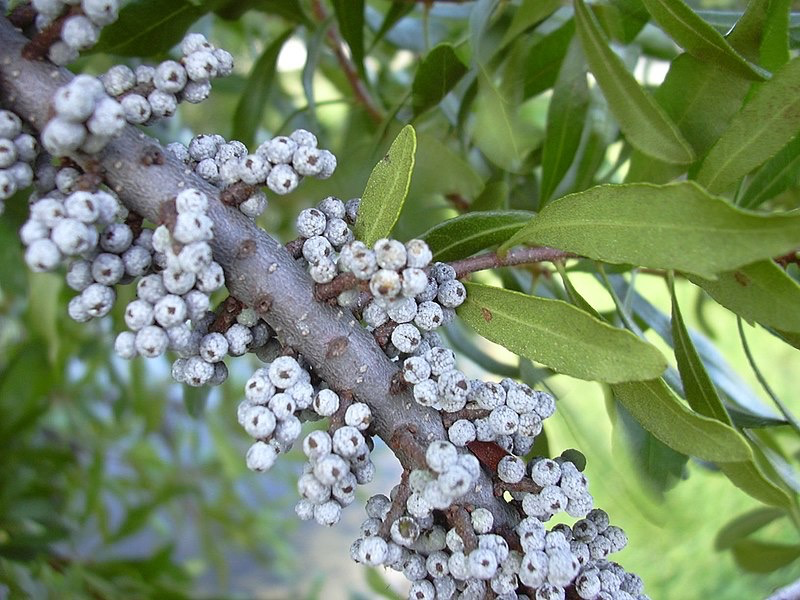 The writings of the early American herbalist Samuel Thomson have greatly influenced my approach to herbalism. And one of the many useful ideas I got from him was the importance of tasting remedies to help me understand their actions. In his book New Guide to Health, he wrote:

“This practice of tasting herbs and roots has been of great advantage to me, as I have always been able to ascertain what is useful for any particular disease, by that means…. I was often told that I should poison myself by tasting everything I saw; but I thought I ought to have as much knowledge as a beast, for they possess an instinct to discover what is good for food, and what is necessary for medicine.”

One of the herbs Thomson discovered through his practice of tasting remedies was bayberry rootbark. He was looking for an astringent that wouldn’t dry out the mucus membranes but would leave them feeling clean and moist. He found what he was looking for in the bark of the root of Myrica cerifera, bayberry also known as Southern wax myrtle.

Bayberry is astringent with a mild aromatic action. It loosens phlegm by congealing it so that it isn’t sticky, which allows it to be expelled more easily from the body. At the same time, it stimulates normal mucus production so that the tissues aren’t dried out from its use. I’ve rarely used it by itself, but here are some of my experiences using it in combination with other herbs.

I’ve made a great gargle for sore throats using equal parts bayberry, goldenseal, and myrrh gum. If you’re brave, you can add a small amount of capsicum to the mix. You only need about one-quarter of a part. You can make the gargle as a decoction or a glycerite.

If you’ve ever had sticky mucus from post-nasal drip irritating your throat and making it sore, this is a great formula. The bayberry loosens the sticky mucus and eases the inflammation and pain. The goldenseal and myrrh gum also have a tonic action and help to fight any infection that may be present. The capsicum stings at first, then rapidly numbs any pain.

I’ve used bayberry mixed with an equal amount of black walnut hulls as a tooth powder. You brush your teeth with toothpaste first and then brush them again with the powder. You dip the damp toothbrush into the powder and brush with it. Leave it in the mouth for a few minutes before rinsing it out.

The bayberry helps to tone up sore, bleeding gums and get rid of gingivitis. The black walnut fights the infection and also, believe it or not, helps whiten the teeth. You can also add white oak bark to the mixture to strengthen the tooth enamel. 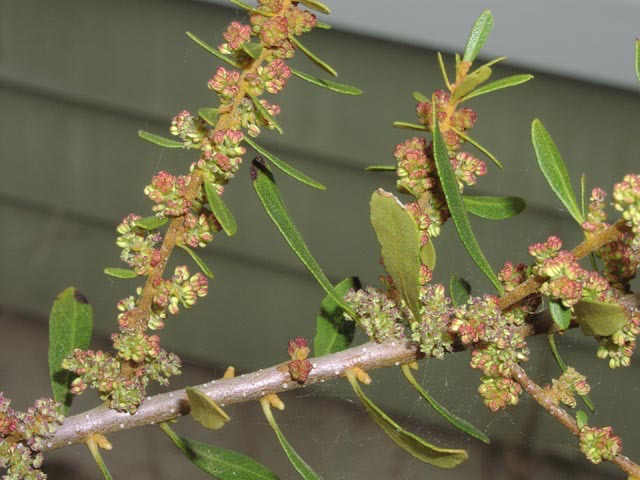 Having suffered from sinus problems for a large part of my life, I decided I’d try to clear out my sinuses by using bayberry as a snuff, something you snort up into your nose. I’d read about the therapy but had been afraid to try it. I made my snuff with equal parts bayberry and goldenseal. I put some into a shallow container, put it under my nose, tapped the sides to get some of the powder moving into the air, and inhaled.

It took a few tries, but when I finally got some of the powder up my nose I felt this sudden, but very temporary, sense of pressure and pain in my sinuses. This was rapidly followed by copious sneezing and a heavy discharge. It loosened the trapped mucus and my sinuses drained out and opened up dramatically. I’ve since used this to shrink nasal polyps with good success.

My friend and naturopathic business associate, Kimberly Balas, recommended bayberry as snuff to someone whose sinuses were damaged and bleeding from snorting cocaine. Apparently, it not only worked to heal his sinuses, he actually found it a substitute for snorting the cocaine (maybe like someone chewing gum instead of smoking).

Samuel Thomson’s primary use of bayberry wasn’t as a single herb either. It was the primary ingredient in composition powder, the #3 remedy in his healing system. (#1 was lobelia and #2 was capsicum and there were three more for a total of six basic remedies). Composition was made with four parts bayberry rootbark, two parts hemlock spruce, one part ginger, and one-half part each of capsicum and cloves. John Christopher replaced the hemlock spruce with white pine bark. Both of these herbs are now hard to find, so I’d substitute yerba santa or grindelia (gumweed) for them.

The purpose of Thomson’s composition powder was to “scour the bowels and remove the canker.” Canker may have reference to mouth ulcers (canker sores) but I think he was referring to the mucus and congestion in the system. My first herb teacher, Edward Milo Millet, modified composition to create his herbal crisis formula by adding one part each of lobelia and goldenseal. I’ve made many variations on herbal crisis, and along with fire cider, it’s my favorite cold and flu remedy. 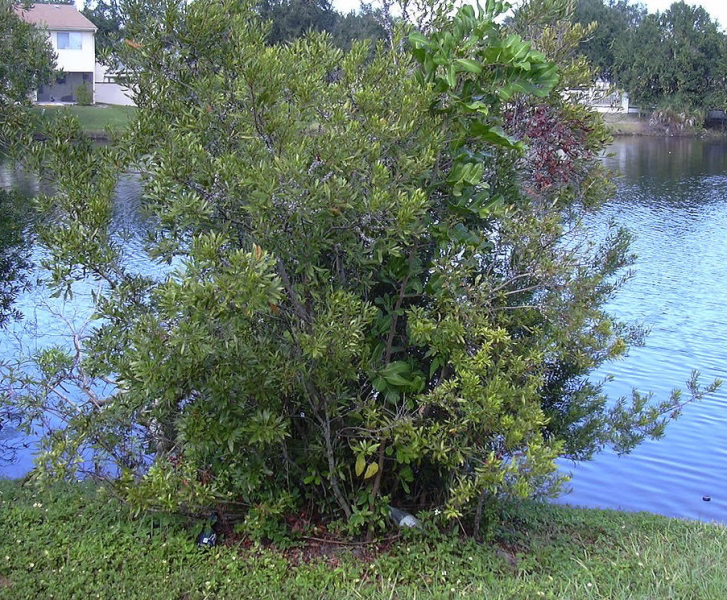 My midwife friend, Joan Patton, extracted a mixture of equal parts bayberry rootbark and capsicum in apple cider vinegar, a formula she used to stop postpartum hemorrhage. I’ve also used bayberry, along with capsicum, lobelia, and false unicorn, to stop bleeding in pregnancy that was threatening a miscarriage. Bayberry, along with yarrow and capsicum, is helpful for many other types of internal bleeding. I got a really bad nosebleed one time and taking bayberry and capsicum internally helped to stop the bleeding.

Like any other good astringent, bayberry can also be applied topically for cuts, insect bites and stings, and other situations involving inflammation and swelling. One time there was a wasp nest near our raspberry bushes, and while I was picking raspberries I got stung. I put bayberry glycerite on it and the pain rapidly subsided. I went back to picking raspberries, trying to keep clear of the area where the wasps were, and got stung again. This time I was angry, so after another application of bayberry to ease the pain and swelling, I went back to the patch with the hose and plastered their nest with water to knock it down so I could pick the raspberries undisturbed. I was glad I had the bayberry on hand though, wasp stings can really hurt!

Hopefully, you can see why I like bayberry so much. It’s not just because the herb is useful, but it’s a reminder to me of the value of sampling remedies and using your senses (taste, smell, and touch) to help you understand what remedies are doing.