Pause and Eat the Shepherd's Purse

A spring herb to stop bleeding, aid the urinary system and uterus, and mellow your spirit | May 4, 2021

One the books I have in my herbal library that is no longer in print is From the Shepherd’s Purse by Max G. Barlow. It's a guide to identifying and using common medicinal herbs and is named after shepherd's purse, the first herb listed in the book. This member of the mustard family appears all over North America every spring. Once you know what it looks like you’ll often spot it growing in lawns or vacant lots. It not only grows on my property here in rural Southern Utah, I’ve also spotted it growing along sidewalks in the middle of Los Angeles and other big cities. 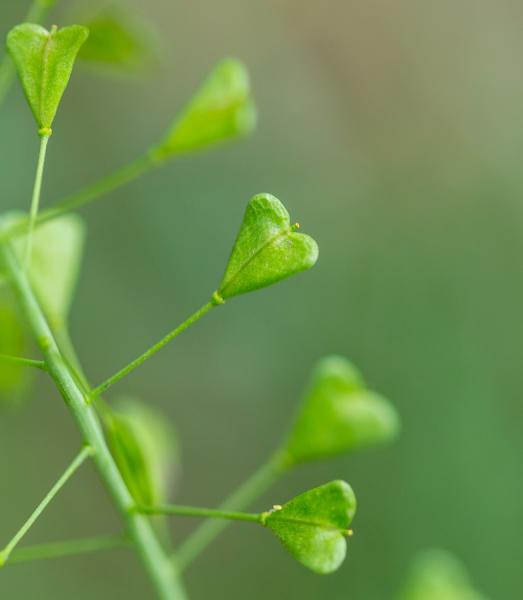 The seed pods (shown in the photo) are the easiest ways to identify shepherd's purse. They look like the small leather purses European shepherds carried. This is where the common and Latin name, Capsella bursa-pastoris,, come from. Bursa meaning purse and pastoris referring to a shepherd. Personally, they remind me of hearts, not purses, which relates to the plant's beneficial effects on circulation, which we'll discuss shortly.

When I find shepherd's purse, I will usually eat some. The green seed pods have a mild mustard flavor and I find them very tasty. The flowering tops and leaves are pretty good, too. After the seed pods dry, you can gather and eat the seeds, a laborious task I only tried once when I was a teenager. I spent about an hour with a friend, harvesting and winnowing the chaff from seeds we'd gathered from a vacant lot near my home. Our effort yielded almost a cup of seeds. Unfortunately, I accidentally dropped and broke the jar in the gutter, causing us to lose most of our harvest. I wasn't in the habit of cursing, but I did on that occasion.

One of the Seven Herbs of Spring

One of the reasons I pause and eat the shepherd's purse is because of something I read in the book The One-Straw Revolution by Masanobu Fukuoka, the Japanese farmer regarded as the father of permaculture. He said: 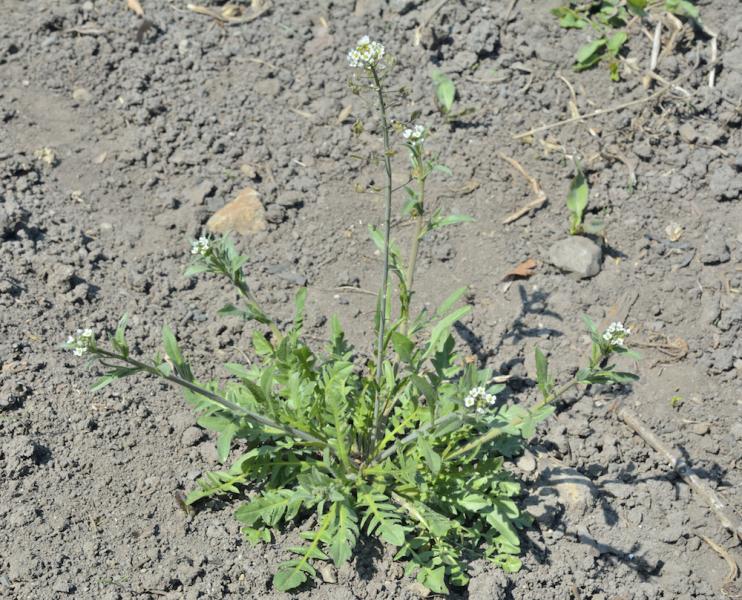 “When you gather and eat the seven herbs of spring [watercress, shepherd’s purse, wild turnip, cottonweed, chickweed, wild radish, and bee nettle] your spirit becomes gentle. And when you eat bracken shoots, Osmund and shepherd’s purse you become calm. To calm restless, impatient feelings shepherd’s purse is the best of all. They say that if children eat shepherd’s purse, willow buds, or insects living in trees, this will cure violent crying tantrums, and in the old days children were often made to eat them. Diakon (Japanese radish) has for its ancestor the plant called nazuna (shepherd’s purse), and the word nazuna is related to the word nagomu, which means to be softened. Daikon is the “herb that softens one’s disposition.”

Eating shepherd's purse to calm your spirit is not a use for it that you'll find in medicinal herb books. However, the passage above resonated with something in my soul. I've often wondered if a large part of our ailments come from being too far removed from nature. Maybe we'd all be healthier and even happier if we ate more wild foods like shepherd's purse.

Maybe that's all many of our medicinal herbs are—wild foods. Masanobu Fukuoka says that cultivated vegetables can only be used for food, but when vegetables are grown wild they are useful for both food and medicine. It's an interesting idea to ponder when one considered that many of medicinal herbs we use were traditional used for food, including burdock, dandelion, chickweed, and shepherd's purse.

A Remedy for Bleeding 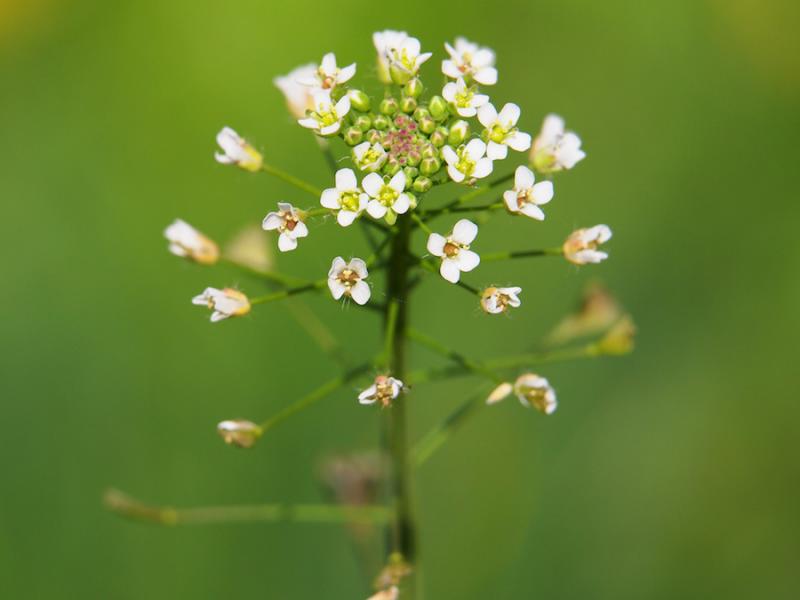 Getting back to the heart-shaped seed pods, the main use for shepherd’s purse you'll find in medicinal herb books is as a styptic and hemostatic agent. It's very useful to stop bleeding. Midwives here in Utah used to use it to stop post-parturition hemorrhage. Unlike many remedies for bleeding, shepherd’s purse isn’t astringent. It’s a warming circulatory stimulant, which like capsicum, stops bleeding by equalizing circulation throughout the body. Taken internally, it is useful for preventing and arresting just about any type of internal bleeding, nosebleeds, or blood in the urine or phlegm. It's also one of the remedies I know that can balance blood pressure, including low blood pressure.

The dried plant doesn’t have much effect. You either need the fresh plant or a tincture made of the fresh plant to get the hemostatic and circulatory effects. You can crush the fresh plant and use it as a poultice for bleeding wounds, eat it fresh for internal bleeding, or tincture the entire fresh plant in alcohol for later use.

In The Earthwise Herbal, Matthew Wood discusses the use of shepherd’s purse as both a urinary and uterine remedy. It helps to pass small kidney stones, being indicated when there is sediment and blood in the urine. Matthew also says it is indicated when the uterus lacks good muscle tone and there is an “oozing discharge of blood” that is “dark and clotted.” It’s helpful when menstruation is sluggish and when there is a discharge of blood between periods. It may even be helpful for uterine prolapse.

Finally, there’s also an interesting observation Matthew gets from a nineteen-century eclectic physician, Dr. G. E. Parks, who claims shepherd's purse is a good remedy for highly ambitious, high-strung, and anxious women. That takes us back to the words of Masanobu Fukuoka about shepherd's purse as one of the seven herbs of spring. Given the busy, stressful lives many of us live, and our susceptibility to nervousness and anxiety, it might be a good idea to keep an eye out for this short-lived plant each spring. If you do spot it , pause and eat some (especially the flowering tops or green, heart-shaped purses). At the very least, it will help remind you of the many gifts offered by nature. And who knows? It may even help to soften your heart and mellow your spirit.