Alfalfa: The King of Herbs

Nutrient-rich alfalfa is one of nature's best vitamin and mineral supplements - May 11, 2021 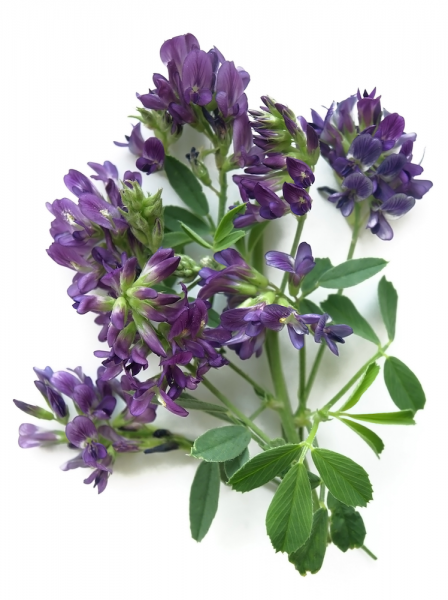 My first herb teacher, Edward Milo Millet, claimed that herbs were “nature’s natural nutritional supplements.” While I don’t think that’s true for every herb, it’s definitely true for alfalfa, which has been called the “king of herbs” and the “father of herbs.”

You see a lot of alfalfa here in Utah, both cultivated in large fields and growing wild here and there. Out of curiosity, I looked up how much alfalfa is grown in Utah and, according to the USDA, about 600,000 acres were planted last year. That resulted in a harvest of over two million tons of alfalfa hay, which is primarily used to feed horses and cows. It’s use as an animal feed dates back as early as 500 BC, where it’s recorded Arabs fed it to their horses, claiming it made them swift and strong.

Driving down I-15 some years ago, a vegan friend commented how wasteful it was to use all that land to grow alfalfa to feed animals, instead of raising vegetables to feed people. I tried to explain that there just isn’t enough water in most of the West to grow vegetables on that scale and that alfalfa is the perfect crop for an arid place like Utah. It doesn’t take much water to grow because it has such a deep root system that can reach water that other plants can’t get to. In fact, I’ve noticed that when it gets hot in the summer and everything turns brown from lack of water, the wild alfalfa will still be green.

Also, being a member of the pea family, alfalfa is a nitrogen-fixing plant. You can grow it, then till it into the soil to fertilize it with what is called green manure.

The Nutritional Value of Alfalfa 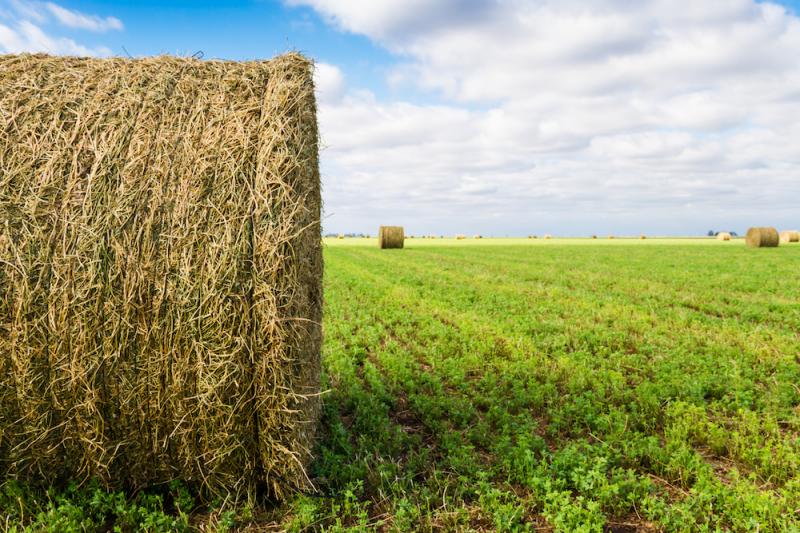 It would be nice if we could just eat alfalfa for food as animals do, but we simply don’t have the digestive systems or enzymes to get much out of it in the way of calories. But we can use it as a source of vitamins, minerals, vegetable protein, fiber, and chlorophyll.

I’ve primarily used alfalfa as a source of minerals. It’s the primary ingredient in the Herbal Minerals Formula I got from my midwife friend, Joan Patton. Directions for making this formula are found in Modern Herbal Dispensatory and the new Strategies for Health book. I’ve seen the Herbal Minerals Formula strengthen bones and teeth, which suggests to me that the famous Utah herbalist Dr. John Christopher was correct when he claimed alfalfa could rebuild tooth enamel.

Years ago I recommended twelve capsules (or tablets) of alfalfa and four capsules of yellow dock daily to a pregnant woman suffering from anemia. Iron supplements hadn’t helped at all, but these herbs had her iron levels back to normal within about one week. 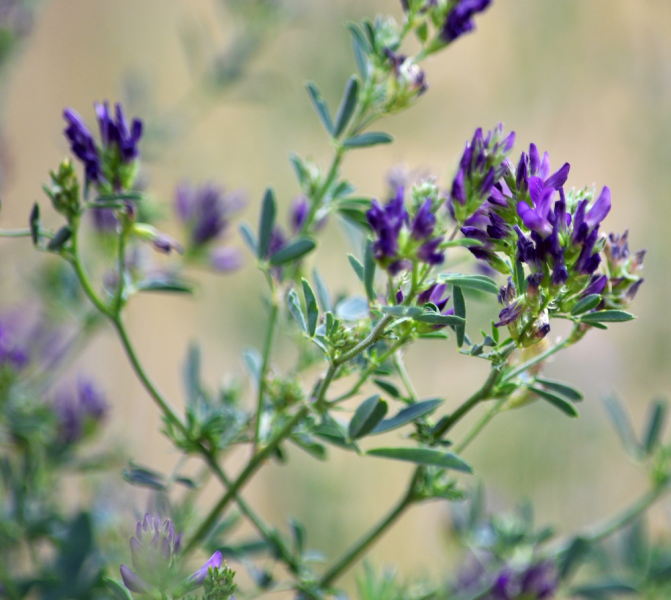 Many years ago, herbalist LaDean Griffin, author of Is Any Sick Among You? Had a daughter with a pituitary problem. She prayed for help and was inspired to use alfalfa, which solved the problem. I’ve found alfalfa to be a reliable remedy for the pituitary and, by aiding the pituitary, alfalfa indirectly helps with the release of hormones responsible for metabolism and growth, blood pressure, water regulation, breast milk production and thyroid function.

A tea made from equal parts alfalfa and peppermint makes a good digestive tonic. It helps stimulate digestive secretions and improve assimilation of nutrients.

Alfalfa is a high-fiber herb (21% crude fiber, 42% dietary fiber), so alfalfa has often been used to aid bowel function. Tablets are the most effective dosage form for this purpose, with capsules being the next best choice. Alfalfa tablets have been used for reducing cholesterol, binding toxins in the colon, and protecting against colon cancer. 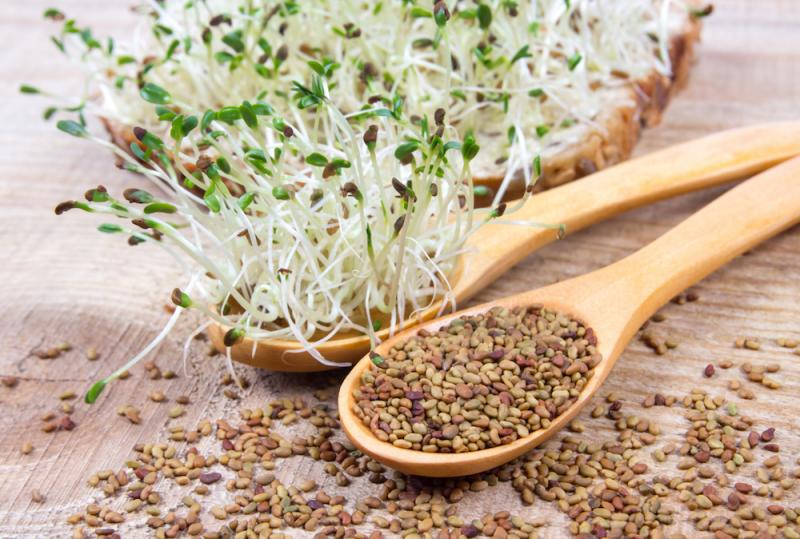 One of the ways to get the health benefits of alfalfa as food is to grow alfalfa sprouts. You don’t want to harvest the sprouts until they’re nice and green with their full chlorophyll content. You won’t get all the fiber, but you’ll still get a rich assortment of vitamins and minerals, along with plant protein and chlorophyll, which helps protect the body from cancer and acts as a tonic for the blood.

Alfalfa is also an alkalizing agent, which means it helps to neutralize acid waste and inflammation. while aiding kidney function. In China, alfalfa has been used since the sixth century to treat kidney stones and to relieve fluid retention and swelling. It is also helpful for people who have arthritis, helping to both reduce joint irritation and supply nutrients to aid the healing of joints.

Dorothy Hall paints a profile of the person who needs alfalfa. She says they suffer from “nervous irritability and the consequent overproduction of mucus, acid and inflammatory wastes; a person who may crave meat and other forms of protein but doesn’t digest them well.” She also indicates they react badly to insect bites and stings, have problems with itchy skin, eyes, and nose, and may be excessively busy with no time to relax.

One contraindication for alfalfa is that it is reported to aggravate lupus. In some individuals it can also cause bloating and gas, especially if you take too much of the herb or eat too many sprouts. Other than that, it’s a very safe and reliable remedy. And I think it definitely qualifies as one of nature’s natural nutritional supplements. As for why it's been called the king of herbs, that may be simply because it's one of the most widely cultivated herbs on the planet, which also means it's an inexpensive, easily-accessible remedy for everyone.