The Amazing Health and Medicinal Benefits of Apples 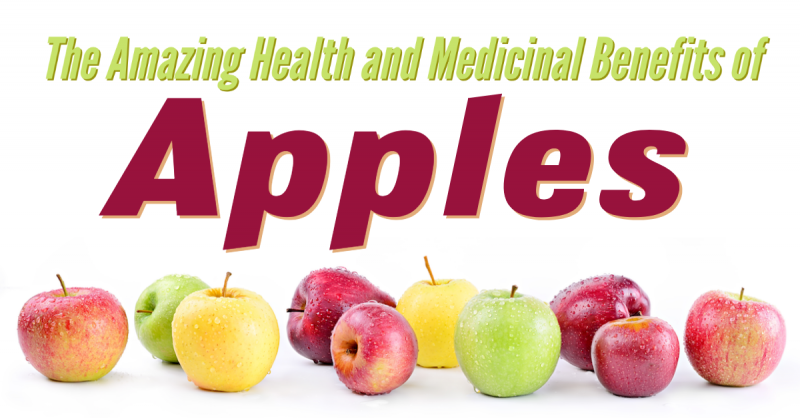 In my late teens I enjoyed listening to a recording of Robert Frost reciting his poetry. Listening to it inspired me to memorize some of his poems so I could do the same. I found the imagery Frost paints in After Apple Picking especially evocative. The thought of picking apples in the fall, the cider press, and the “rumbling sound of load on load of apples coming in.” brings back fond memories of visiting farm stands in the fall with my parents and seeing boxes of fresh, crisp apples such as Jonathans, Red and Golden Delicious, McIntosh, and Granny Smith.

If you've heard the saying “An apple a day keeps the doctor away,” and wondered if there is any truth to this statement, so have I. To find out I did some research to see if there is any evidence to back this idea up. I found an excellent article, A Comprehensive Review of Apples and Apple Components and Their Relationship to Human Health by Dianna A Hyson. You can read what I found and see for yourself if you think it is true.

For starters, eating apples can help you balance your blood sugar and lose weight. Whole apples are a low glycemic food, so eating them doesn't spike your blood sugar. They are also a good source of fiber, so eating a raw apple with the skin on it can be filling and help you eat less. However, this only applies to whole apples and not apple juice.

One study actually suggested that eating apples reduces your risk of diabetes. A study found that there was a 27-28% lower risk of type 2 diabetes in people who ate 2-6 apples per week over people who didn’t eat apples.

Whole apples are a good source of the water-soluble fiber known as pectin, which is used to make jellies and jams set. Pectin and the other fibers in apple aid bowel health, helping to regulate friendly flora so you don’t crave sugar as much. Pectin also helps lower cholesterol. 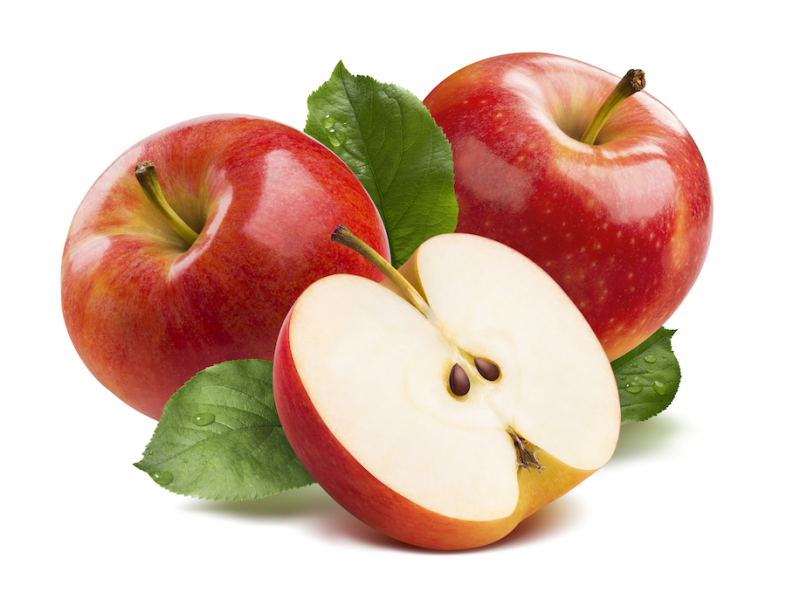 Apples are a source of antioxidants, especially if you eat them with the skin on. Their ORAC value depends on the variety. Granny Smith 3895, Red Delicious 4275, and Golden Delicious 2670. That’s raw with the skin on. If you peel them their ORAC value drops significantly because the antioxidants are mostly in the skin, as are many of the minerals.

There is also research suggesting apple intake may reduce the risk of cancer. One study found that eating one or more apples a day was associated with a reduced risk of several forms of cancer, including esophagus (22%), colorectal (30%), larynx (41%), breast (24%), and ovary (24%).

Finally, a study done in Europe showed that women who ate more apples had a lower incidence of asthma. Other studies suggested that eating apples or drinking apple juice could reduce some symptoms of asthma.

After learning all of this I certainly believe the "apple a day" saying has merit. If you want more other research on the health benefits of apples read A Comprehensive Review of Apples and Apple Components and Their Relationship to Human Health.

Apples as a Medicine 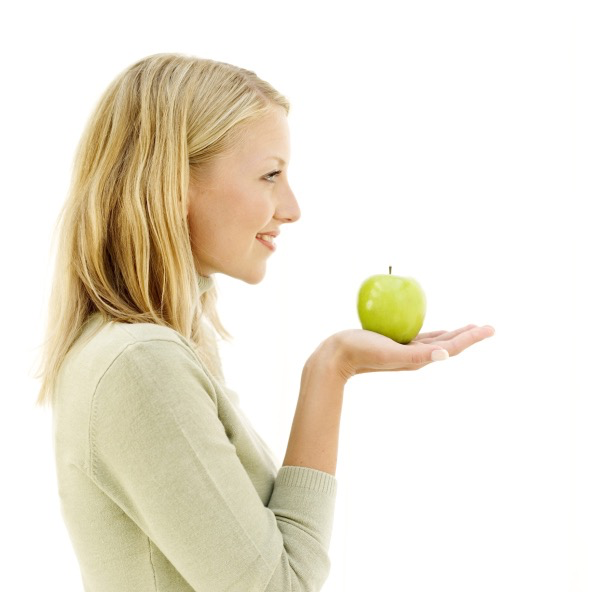 Most people recognize apples as a health food, but what they don't realize is that are an herbal medicine too. Dr. Edward Shook did and he devoted six pages of his Advanced Treatise in Herbology to the healing benefits of apples. He taught that apples are a great alkalizing remedy, which counteracts acid waste in the body.

This is important because the blood and lymph need to maintain a slightly alkaline pH of about 7.4 which provides extra electrons for chemical reactions. Metabolism produces acid waste which must be neutralized and eliminated. The slightly alkaline state of the body is like the charge in a battery. As the body accumulates acid waste, energy is lost and the body becomes more prone to disease. Thus, apples and apple juice can be used as a general health-restoring tonic to alkalize the body, much like grapes and the grape diet.

Apple juice has been used to help eliminate stones of all kinds. Shook recommended extracting hydrangea in apple cider and drinking it to prevent or eliminate gall stones. Fresh apple juice is also a part of the gall bladder flush therapy. The flush works best after fasting for two or three days on raw apple juice prior. You can read more about it in the article, Directions for a Gall Bladder Flush.

Shook praises apples as a source of five important phosphates. His five “great builders of the various tissues of the body” are:

Shook claims these phosphates make apples “the most valuable food and medicinal agent in the whole of nature, although this is not generally known.” And all of this doesn't even include raw apple cider vinegar, which is an important remedy in its own right. 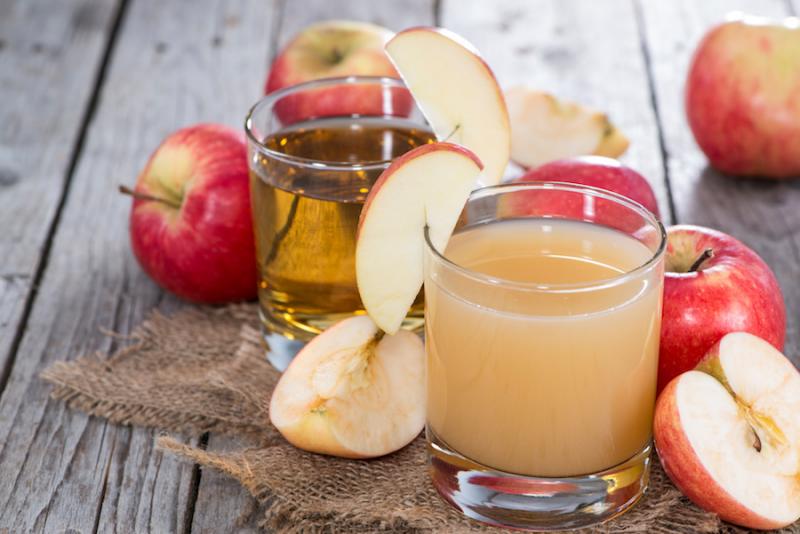 Beyond just eating apples for general health here are a few suggestions for using apple juice as medicine. As a remedy to help settle your stomach, reduce intestinal gas, and relieve bloating and gas, juice four apples, half a lemon, and a small piece of ginger. Drink this mixture once a day for a couple of days.

To help prevent urinary tract infections, juice four apples with one cup of fresh cranberries. This is much better than drinking sweetened cranberry juice. Drink one small glass each day.

To flush your liver, juice two apples with one stalk of celery and one-half of a medium-sized beet. This is also good for your kidneys. You could fast on this juice for two or three days to clean out your system.

My wife introduced me to a healthier alternative to canned and bottled juices. It is a Russian drink called kompot that many Russian and Ukrainian families enjoy as a healthy juice drink. It is made by putting dried apples in a pot of water along with other dried fruits such as rose hips, apricots, raisins, cranberries. Bring the water to a boil and turn it down to a simmer and let the fruits extract for thirty minutes.

Apple as an Emotional Remedy 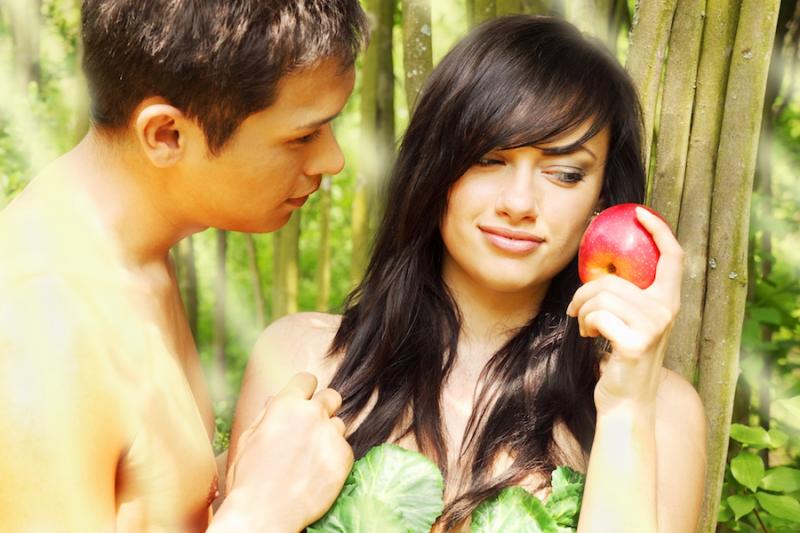 As healthy as apples are, it’s odd that they are associated with the forbidden fruit in the Biblical story of Adam and Eve. I think that apples should be associated with the tree of life, not the tree of the knowledge of good and evil, because apples are life-giving. This is born out in the use of the Crab apple flower essence from the Bach flower remedies. Varieties of the domestic apple (Malus domestica) are the ones we buy at the store, but it was the European crab apple (M. sylvestris) Bach chose to use for his flower remedy.

I’ve taught in my emotional healing work that the story of the fall is an allegory for the fall from the innocence and grace children experience as they are brought into a world of shame and guilt. Crab apple flower essence specifically addresses the issue of feeling unclean and impure, often due to strong feelings of shame or even disgust for the physical body. It can help someone who sets an impossibly high standard of perfection for themselves, which they can’t live up to. 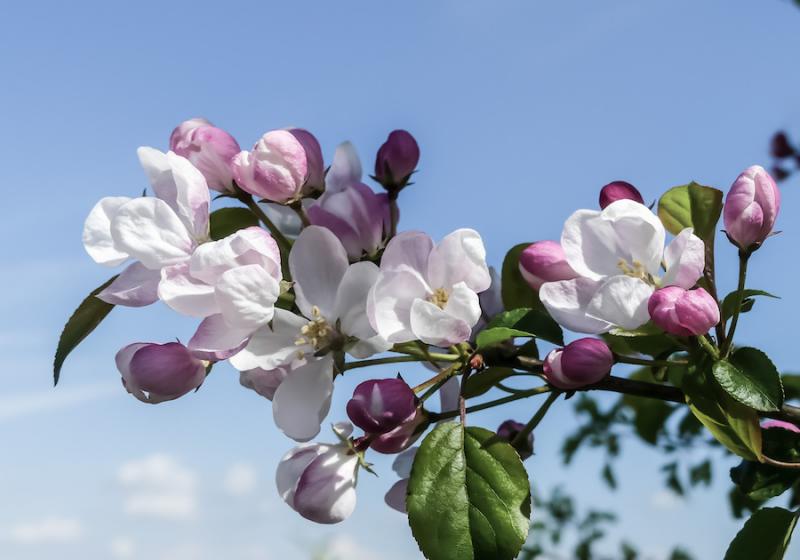 One time crab apple flower essence helped involved a young girl of only five or six years who obsessively washed her hands 30-40 times each day, feeling like they were constantly unclean. Whenever I see emotional issues in children this young I've often found that they are simply acting out repressed emotional issues in one or both of the parents.

In this case, the mother had been sexually abused as a young girl and felt unclean as a result and the daughter was picking on this. Doing some emotional healing work with the mom and giving both mother and daughter crab apple flower essence seemed to help them both as the obsession with hand washing ended shortly thereafter.

Because of this, I would say apple as an emotional remedy doesn’t cause us to fall from innocence and grace, it actually helps to restore us to that state. So instead of thinking of apples as the forbidden fruit we should think of them as the bidden fruit, meaning we should eat more of them. This is especially true now, during the fall and winter when they're in season. I don't know if I'll manage to eat an apple every day, but I now know that I'll be healthier if I do.