The Wild Side of Lettuce

Wild lettuce is a useful analgesic that can help to overcome physical and emotional suffering - June 8, 2021 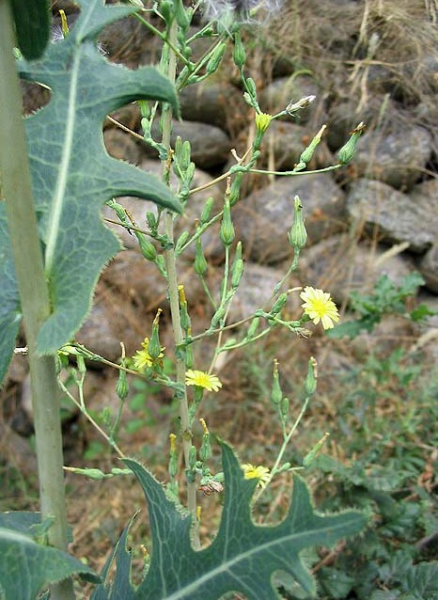 The salad lettuce you find at the grocery store, Lactuca sativa, has full lush leaves, but it's rough and tumble cousin, Lactuca serriola, has unkempt and scraggly leaves. Known as prickly or wild lettuce you might recognize it growing in rough and unkept spaces like cracks in sidewalks and vacant lots, or invading home gardens. As shown in the pictures, it’s an erect plant with leaves and flowers similar to that of the dandelion, which is in the same family.

Wild lettuce contains a resinous milky sap, which contains a small amount of pain-relieving opiates. When this substance is collected and dried, it is called lactucarium. The main active compounds of lactucarium are called lactupicrin, lactucin, and lactucopicrin, and have been found to have analgesic activity equal or greater to that of ibuprofen in mice. Lactucin and lactucopicrin were also found to have sedative activity in measurements of spontaneous movements of the mice.

In the 1800s, wild lettuce was considered a substitute for opium and was sometimes called poor man’s opium. The Hopi Indians smoked the sap to induce a mild euphoric dream state. And today, wild lettuce can still serve as a readily available remedy for pain. 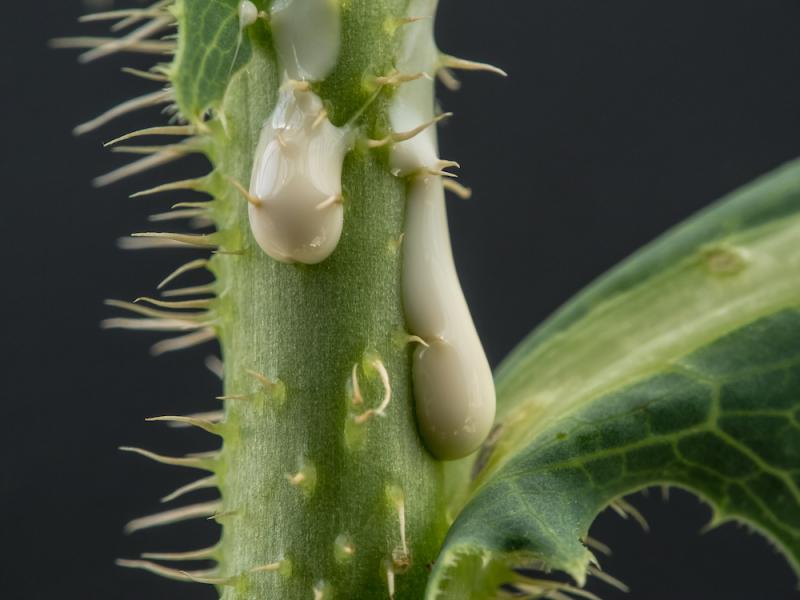 Gathering lactucarium is a difficult and tedious process. Michael Moore describes how to do it in his book Medicinal Plants of the Desert and Canyon West. Basically, you repeatedly cut leaves and stems and collect the milky white sap. The sap is then preserved in alcohol. He says the process of “the harvesting of the Lactucarium…is so boring and tiresome that even I, a little bit fanatic about botanical medicines, have only managed this harvest twice in my two decades of somewhat manic wildcrafting.”

Why not just pick and dry the leaves? Unfortunately, most of the opioids are lost during the process, which means the plant loses much of its analgesic action./p>

Herbalist Christopher Hobbs came up with a great way to preserve the analgesic action. He gathered up a bunch of the plants and ran them through the juicer. Then, he dried the juice in the fruit leather trays of a food dehydrator. Apparently, that preserved more of the opioids.

I came up with a different way to preserve the analgesic properties of wild lettuce. Twice, I gathered a bunch of the plants, roughly chopped them up, and packed them into my Vitamix blender. One time I added some vegetable glycerine to the blender and another time some EverClear (180 proof grain alcohol) and blended the mixture until it is liquified. I figured the water in the leaves would dilute the alcohol and glycerine to an appropriate percentage. In both cases, after straining the mixture I found the resulting tincture or glycerite had a pretty good analgesic effect, although it works even better if you mix it with willow bark. 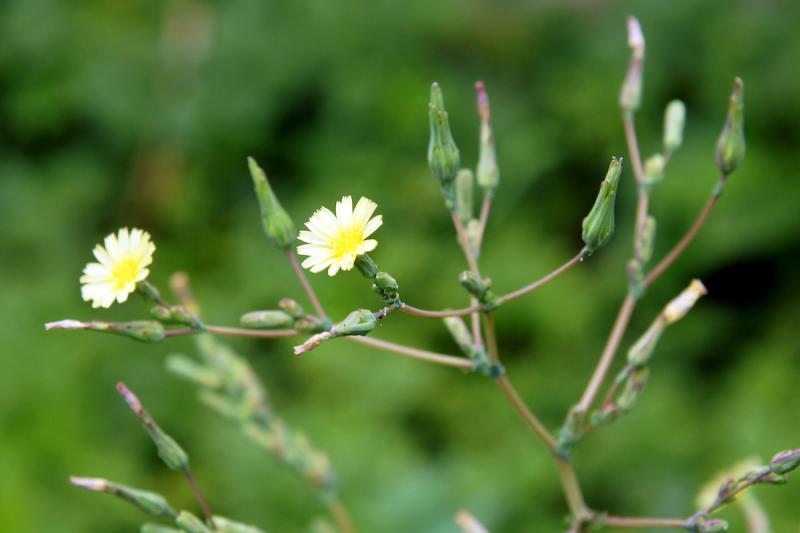 The dried leaf, while no particularly useful as an analgesic, still acts as a mild sedative that can help with stress and sleep, especially when combined with other herbs. It can calm restlessness, anxiety, nervousness, and hyperactivity. It may also help with joint and muscle pain and painful periods.

I like what Matthew Wood says about wild lettuce. He calls it the “herbal street person,” because of the way it grows in sidewalk cracks and vacant lots and because of its scruffy appearance. He says it’s a good nervine for people who have a cold, hardness about them, being sort of disconnected and withdrawn. Their pulse is slow and hard, and they are often unconcerned about their physical appearance. These people have been hardened by the difficulties of life and they have become cold and hard as a result of those difficulties.

It's another example of how plants grow where they are most needed. Like dandelions, wild lettuce is often considered a weed, but it offers help to those who are deeply suffering from pain, both physical and emotional. 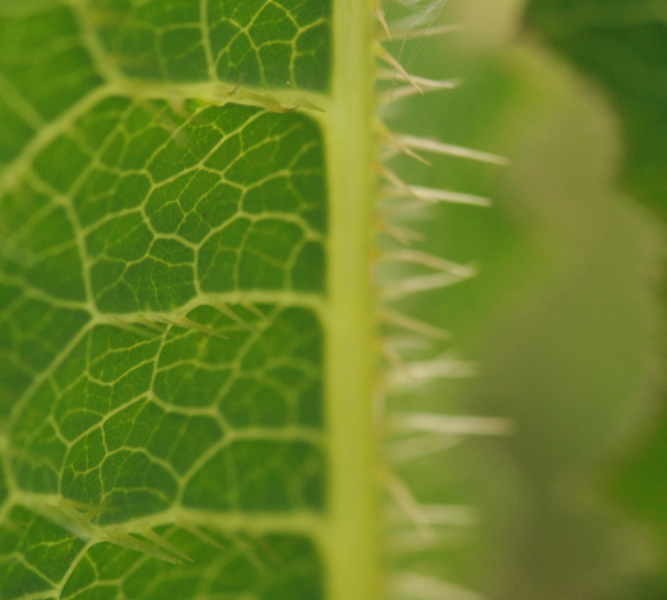 Wild lettuce is fairly easy to identify. Look for the small, dandelion-like flowers and seed heads. The leaves are toothed and similar to a dandelion, but not as deeply incised. The sap, shown above, is milky and bitter. But, one of the most distinctive characteristics of the plant is the row of spiky hairs along the central spine of the leaf on the underside (as shown in the photo on the right).

Matthew Wood says that the best time to harvest the plant for medicine is in the early spring before it starts blooming. If it's growing as a weed in your yard, you might want to try blending it up and with glycerine or alcohol as described above. That way you can turn your weeds into useful medicine.