Wheat: The Staff of Life

Properly prepared wheat is a healthy food and a healing medicine | March 22, 2022 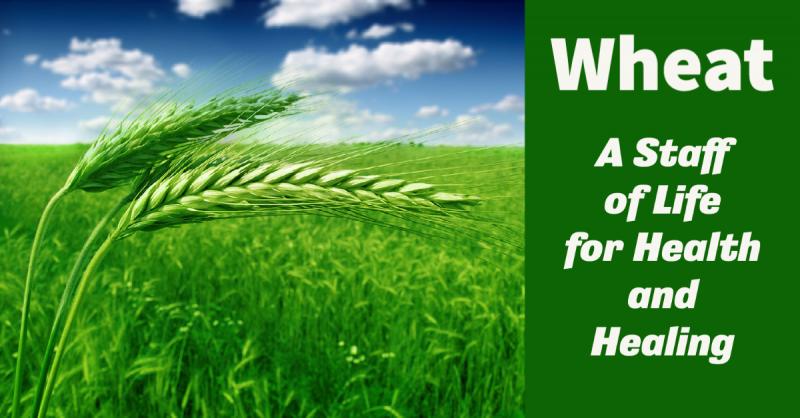 In these days of gluten-free foods, talking about wheat as healthy food, much less as a healing food, might seem strange to some. However, I think there are ways to use wheat both for health and for healing. Definitely not as white flour and probably not in the form of bread or pasta either. I’ll address why I think these foods have become problematic for many later, but for now, I want to lay a continue the discussion I started in the barley article about grasses as food and medicine.

The Miracle of Grass 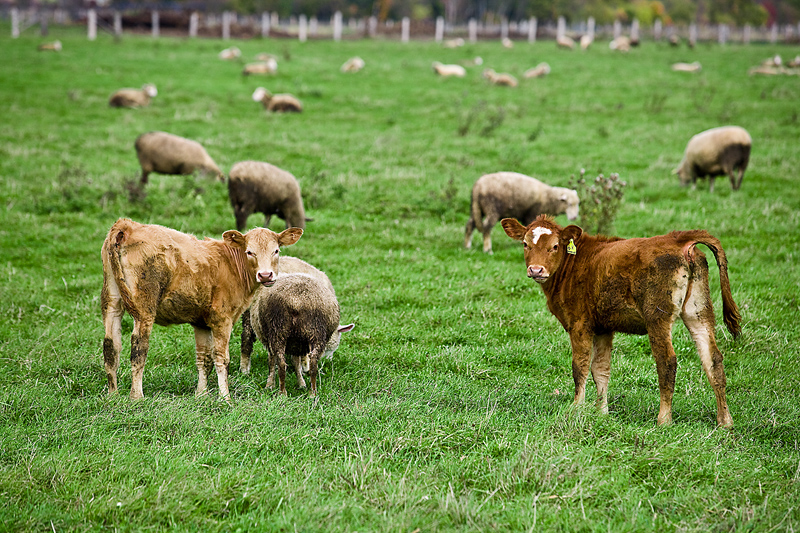 Grass is the great blanket over the earth and the foundation of the food chain for most mammals. There are about 4,700 species of grasses and none are known to be poisonous. Directly or indirectly, most land animals are dependent on plants in the grass family for food. Even mammals who live on meat, often eat grass, especially when they are sick. Furthermore, meat-eating mammals feed on animals that live primarily on grass.

Those animals specified in the Old Testament as clean or fit for human consumption are those which chew the cud, such as sheep, goats, deer and cows.These are all grass-eating animals. More importantly, animals whose body structures most closely resemble man, such as baboons, gorillas, monkeys and chimpanzees, eat both grass and large quantities of other dark green vegetation.

Even though few of us eat grass, grass seeds, also known as grains, are dietary staples of human beings around the world. Wheat, barley, rye, oats, and rice are all seeds from members of the grass family. So, when you look at these facts, one can see why Isaiah says, “all flesh is grass.” (Isa. 46:40) 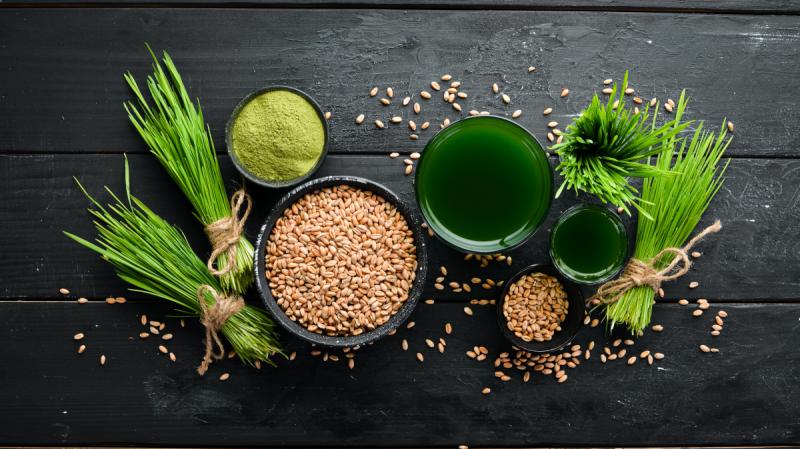 In the book, Wheatgrass: God’s Mana, Ann Wigmore, tells how she was involved in an accident as a teenager which caused her to develop gangrene in her feet. The doctors planned to amputate, but she refused. She had been raised by her grandmother in Eastern Lithuania, who had used herbs for healing, but she now lived in America with her uncle and didn’t know what herbs to use.

She asked her uncle to find her some herbs, but he was afraid to do so because he thought he might accidentally bring her some poisonous ones. So instead, he placed her in the yard each day before he left for work. In the yard, she filled her belly with grass, flowers, and leaves. Much to the surprise of the doctors, her gangrene completely healed. This sent Ann Wigmore on a quest to learn more about herbal medicine and the value of grass in particular.

She read a passage in Daniel chapter 4, which told how King Nebuchadnezzar, became physically and mentally ill. The King was instructed by a voice from heaven to go into the fields and “eat grass as did the oxen.” The monarch followed this advice and in time his mental capacity and physical health, thus regaining his throne.

In her research about grass, she was told by an expert on grasses, “that grass is the only vegetation on the face of the earth that will healthfully support an animal from birth to old age.” This means grass contains all the nutrients many animals need for health.

Ann Wigmore set out to determine which grasses were most nutritious. She narrowed them down to a few major species—wheat, oats, and rye. She then let animals decide which of the grasses to consume and found that they regularly picked wheat. Thus she concluded that wheat was the most nutritious of all grasses.

Wheat as a Staff of Life 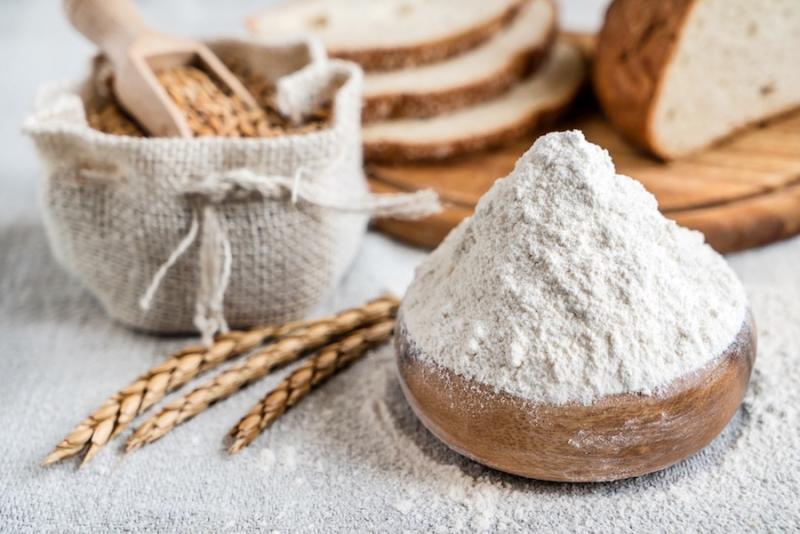 Wheat is an amazing food to store for emergency situations. Both wheat and honey can be stored indefinitely. There are reports of both being edible after over a thousand years. So, I keep some buckets of wheat on hand as part of my emergency preparedness efforts.

It’s gluten in wheat that makes it such a great grain for making leavened bread. When dough is kneaded it forms gluten which gives the dough elastic properties, which captures the gas bubbles formed by the yeast (leaven) and causes the bread to rise. Even though I have some problems with gluten myself, I find that gluten-free breads just aren’t the same. They don’t have the nice texture that bread made with wheat does.

Of course when I'm talking about wheat as nutritious, I'm talking about whole wheat. Most of the nutrients in wheat are found in the bran and wheat germ which are removed to make white flour. So, it’s the whole wheat that’s got all the nutrition. Whole wheat contains sulfur, potassium, iodine, fluorine, chlorine, sodium, silicon, boron, barium, and silver as well as the following vitamins: thiamin, riboflavin, niacin, pantothenic acid, pyroxidine, inositol, folic acid, choline, and E.

I ate whole wheat and sprouted wheat bread for years without any problems, and only recently found that it upset my digestive tract. So, the question arises, how can grains like wheat, which have been staples of the human diet for thousands of years, suddenly be the cause of health problems?

There are several possible reasons. Genetically-modified corn and soy may be damaging the microflora of the intestinal tract. Also, the primary genetic modification of these products is to allow them to tolerate higher concentrations of weed killers containing glyphosate. Glyphosate definitely disrupts the microflora of the intestines. The intolerances seem to have arisen following the introduction of GMOs and glyphosate.

One possible factor to gluten intolerance may be bromine. At one time iodine was used in flour to condition the dough, but this has been replaced with bromine. Iodine is very important for maintaining gut health and bromine is a toxic irritant that displaces iodine.

So, if you’re one of the lucky people whose intestinal tract is healthy enough to eat grains with gluten, I suggest you stick to organic grains to keep your gut healthy. I also suggest that you eat sourdough bread rather than regular bread. For those who can’t eat wheat this way, I’ll get to some ways you can use it shortly. 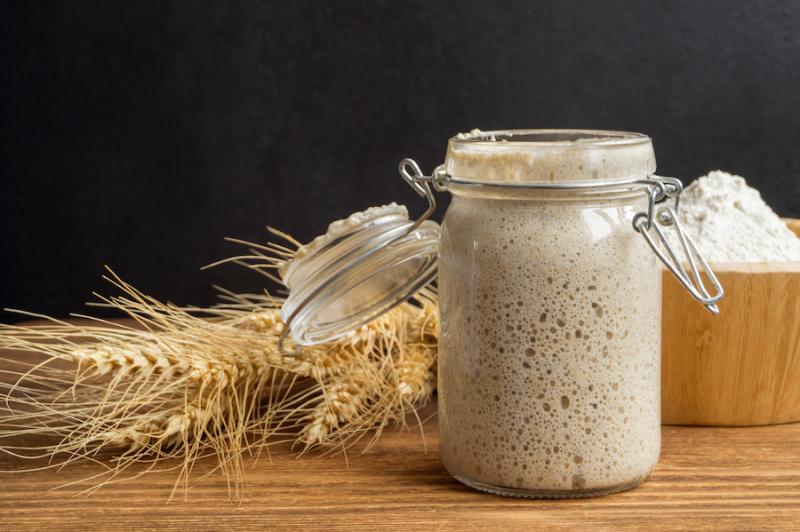 Traditionally, bread was leavened by the sourdough process. A small amount of dough (flour and water) was inoculated with wild yeast from plants like juniper berries. Once the yeast started growing in the dough, you’d add the sourdough starter to the bread dough and allow it to sit overnight. The yeast spread throughout the dough, releasing both gas to make the bread rise, and acid, which makes the bread taste slightly sour. It’s a very similar process to making fermented vegetables like sauerkraut.

The sourdough process deactivates phytates, antioxidant compounds found in grains and seeds. These compounds inhibit the absorption of minerals, but they break down when the seeds or grain are soaked. According to Nourishing Traditions by Sally Fallen, all native people soaked grains and seeds before eating them. The sourdough process also breaks these compounds down. So bread made in this traditional manner is easier to digest and absorb nutrients from. 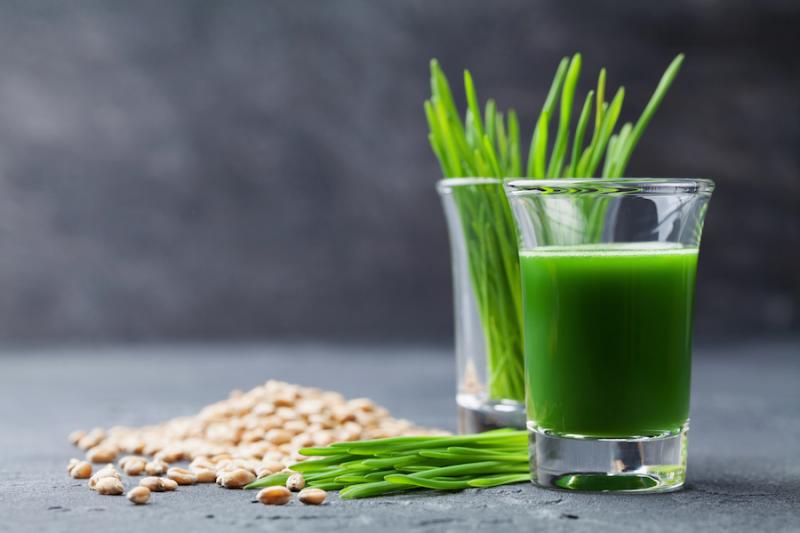 Returning to the story of Ann Wigmore, after she concluded wheat was the most nutritious grass, she began growing wheatgrass and juicing it. She found that drinking wheatgrass juice helped many people to recover their health and vitality. She claims that wheatgrass is the “King of Grasses” and contains every one of the 103 minerals, vitamins, trace elements, and other nutrients needed by the human body. Used in this manner, wheat has no gluten or phytates and you’re just getting the nutrients from it.

I’ve drunk wheatgrass juice. It’s pretty strong stuff. You need to start slowly and build up. You can also get powdered wheatgrass juice in many superfood products. It’s probably not as potent as the fresh juice, but I’m sure it still offers health-building benefits. If you want to grow your own wheatgrass and juice it, it’s pretty easy. Here’s an article on how to do it and a video, too. There are lots of others. Just do a search for "growing wheat grass." 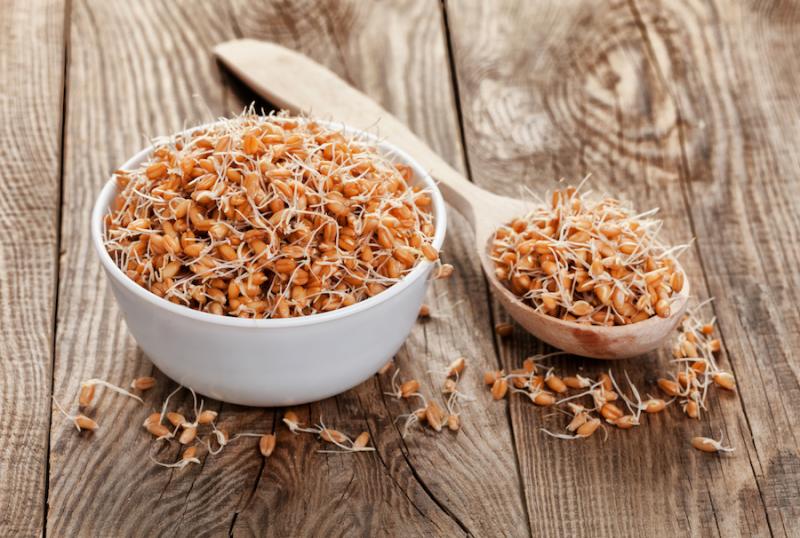 Another way to get the nutrition from wheat without the problems of gluten or phytates is to make sprouted wheat bread, also known as Essene bread. The recipe comes from a book called The Essene Gospel of Peace, which claims to be the teachings of Jesus to a group of Essenes. Whether the book is all that it claims to be, the recipe is interesting.

Essene bread is made by from sprouted wheat. To sprout wheat simply soak it in a jar or other container overnight. Drain off the water the next day and rinse the wheat berries once or twice each day. In a couple of days, they’ll have sprouted. They are best eaten when the root hairs are about 1-1/2 times as long as the seeds themselves. At this stage, the starches in the wheat have been converted to easily digested sugars and the enzymes have activated to increase the vitamin content in the plant.

When the sprouts reach this stage, crush or grind them (a meat grinder works well for this purpose). Then shape the resulting dough into patties about one inch thick. This dough is then baked in a very low oven (about 100-120 degrees) for 3-4 hours until the crust hardens somewhat because the excess moisture has evaporated. It can even be baked in the sun, which is how it’s done in The Essene Gospel of Peace.

The result is very sweet and cake-like. It is also very nutritionally dense and most people can eat only a small amount when they first try it. It can also be made from other whole grains, like rye. Adding nuts that have been soaked overnight or dried fruit like raisins or dates is very delicious. If you store wheat for emergencies, this is a great way to get the most nutritional value from it.

I hope I’ve given you some new insights into how wheat can be used as both a healthy food and as a medicine for healing. And, as I’ve mentioned, it’s one of the best things you can store as food for emergencies because it can last for decades and retain its nutritional value. That makes it a genuine staff of life because a staff is something to lean on when the going gets tough. So, whether we're sick and needing to recover or we're surviving on stored wheat in difficult times, we can lean on wheat for life and health.