Red root is a powerful remedy for swollen lymph nodes, an enlarged spleen, and a low platelet count. | September 28, 2021 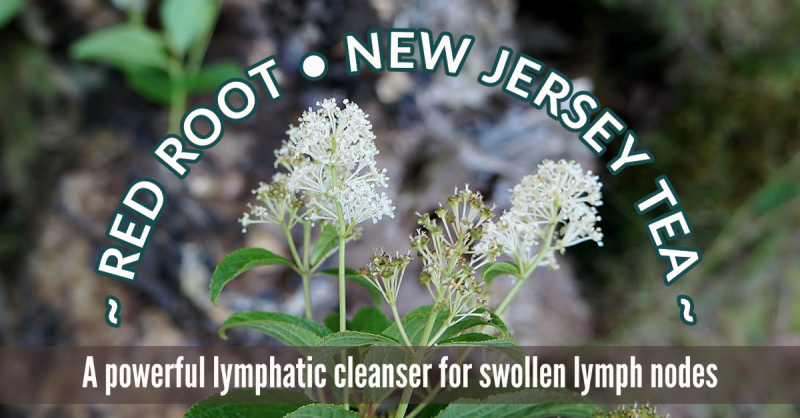 Back in the late 1980s I had the opportunity to work with a young man who needed help. He came to me because he had AIDS and although I had read some books about treating AIDS holistically, it was a relatively new disease and I had no practical experience with it.

Despite this I believed I could help him. So I shared with him what I had learned but I could tell that he wasn't hearing me. He seemed defeated and hopeless. So I took a moment to pray for guidance which inspired me to ask him, “Is it your time to die? Is God telling you it’s time for you to come home?”

When I asked him this, he looked me in the eye for the first time and said, “It’s funny you should ask me that, because last night I was praying and I had a strong feeling that God has a purpose for me and wants me to live.”

I slapped my knee and said boldly, “Well there you have it. If God wants you to live, how can you die? Think about that.”

When I saw him a week later his entire attitude had changed. We researched what to do about AIDS together and as we worked to improve his health, he started to get better. After a couple of months, he still had one problem we hadn't figured out how to solve. He had a low platelet count, a condition called thrombocytopenia, which is common in AIDS. Since I had no idea how to help this, I did as I usually do and prayed for guidance.

A short time later I met someone who had some experience with AIDS patients. He told me that an herb called red root, or New Jersey tea (Ceanothus americanus), was very helpful for three problems commonly found in people with AIDS—a low platelet count, a swollen spleen, and swollen lymph nodes. I immediately shared this information with my client, who started on red root. It worked.

While I lost touch with him shortly after that, he reached out to me several years later. And I was delighted to hear that he was still doing fine. In fact, he told me that he was the longest surviving AIDS patient in the state of Utah. He said that doctors were studying what he did to find ways to help others. He only had one problem; his platelet count was down. He had forgotten about the red root. When I reminded him, he started taking it again, and again, it solved the problem. 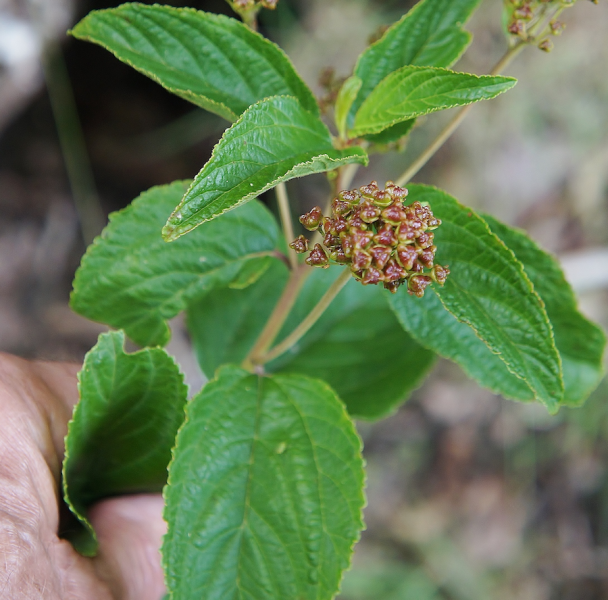 Since that time, I've come to rely on red root as a powerful lymphatic cleanser with a mild astringent action. I rarely use it alone. Mostly I combine it with equal parts echinacea and use it to treat infections in the lymphatic tissues. I've successfully used it for tonsillitis, cysts, and severe sore throats. I believe it would also be helpful for mumps and mononucleosis.

Michael Moore describes the action of red root as having "a slight but distinct tendency to stimulate the quality of electrical repelling that occurs between the circulating blood proteins and the facing wall of the blood vessels.” Which means it helps reduce tissue swelling and inflammation by helping fluids circulate more freely and reducing the leakage of fluid and protein into the tissue spaces.

He said it helps to drain cysts in a similar manner, pulling the stagnant fluid out of them. In the case of cysts I would suggest using red root and echinacea along with a traditional alterative formula containing herbs like red clover and burdock. Red root also works well with other lymphatic herbs, such as Oregon grape, ocotillo, and poke root.

As I was told those many years ago, red root is a dependable remedy for a swollen spleen. So, if someone has swollen tender tissue in the area of the spleen (lower rib cage on the left), it may be a helpful remedy. Both a sluggish liver and a sluggish spleen can be associated with melancholy, a mild form of depression, and Matthew Wood suggests this as a possible emotional indication for the herb. He describes the type of depression it helps with as artist's funk and says it’s for being “unable to think one’s way out of a situation.”

As you can see red root is is a good herb to know, but knowing about different remedies is only part of what makes a good herbalist. There will be times when you're trying to help other people that you may not be sure of what to do. But if you're sincere in wanting to help people, it doesn't hurt to pray and ask for guidance.

This is just one of many stories I could tell you about where I sought guidance to help someone. I believe God wants to heal people, and if you ask and let Him be your silent mentor, don't be surprised if you find the information that you need coming to you right at the time you need it most. Just remember to ask, seek, and listen.