For most of my time as an herbalist I've primarily understood chaste tree or vitex from books and some limited experience, seeing it in and using it as part of different formulas. But, that changed a couple of years ago when my wife planted some chaste tree bushes in our yard in Leeds, UT. This gave me a more first-hand acquaintance with the herb.

Although it can grow into a small tree, it more often takes the form of a large shrub, and they grow quite readily from seeds, which means that if you plant one and you'll soon have more popping up in the yard. I was especially surprised by this because I live in a desert and only watered the plants not the surrounding area. I never harvested any fruits from our plants, but as I understand it, you have to harvest them when they’re not quite ripe because as soon as they are ripe, they fall off the tree. 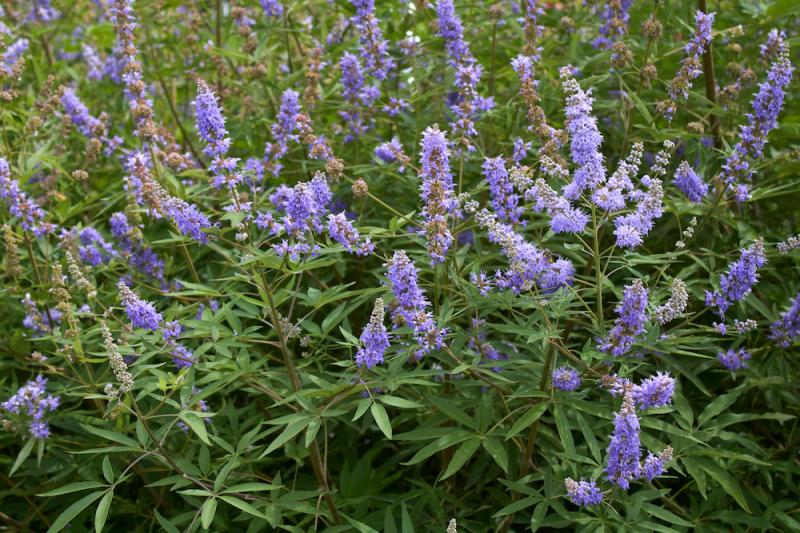 It's interesting that chaste tree is pretty prolific at producing offspring because one of the primary uses for it traditionally has been to reduce sex drive, a property known as anaphrodisiac (the opposite of an aphrodisiac). In fact, the plant gets its name from the fact that monks in Europe cultivated and used it as an aid to helping them maintain their vows of chastity, in other words, to help them remain chaste.

The research on chaste tree suggests it has an influence on hormones, but the mechanism for this has not been discovered. It does appear to reduce the production of androgens (male hormones), which would account for its ability to lower male sex drive. It also appears to help balance female hormones, in particular reducing the effects of estrogen and increasing progesterone. It may also have effects on prolactin, the hormone which aids breast milk production. It reduces it, helping to ease hyperlactation.

An Aid for Many Female Reproductive Issues 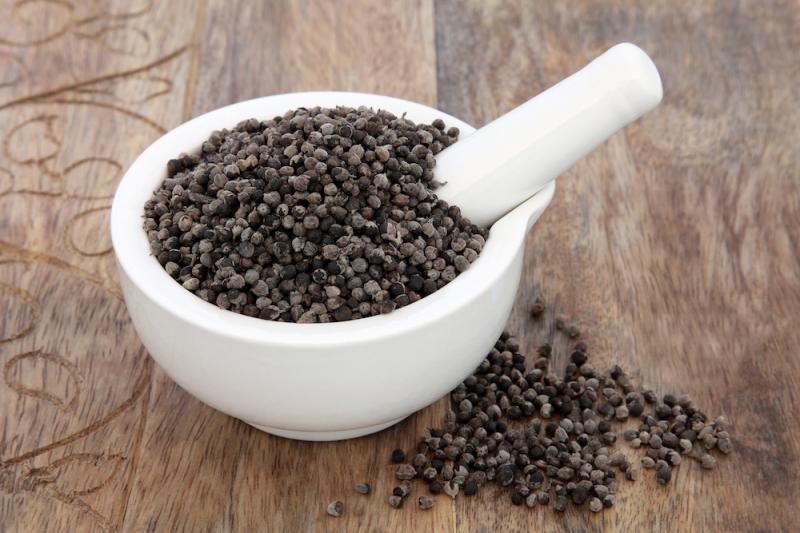 Herbalists have used chaste tree for a variety of female reproductive issues. For instance, it can be used to reduce menstrual pain (dysmenorrhea), especially when combined with antispasmodics like wild yam, cramp bark, or black haw. It can be helpful for easing PMS, particularly PMS Type A, which is characterized by high estrogen levels and low progesterone levels. It can ease PMS symptoms like anxiety, cramps, and migraines.

It also helps PMS type H, which is characterized by edema, breast swelling, and breast tenderness. In fact, it is approved by the German commission E as a treatment for mastodynia (breast pain). It can also be helpful for fibrocystic breast disease.

Another use for chaste tree is to help ease perimenopausal symptoms, the health problems that occur when approaching menopause. It can help with issues like hot flashes and vaginal dryness when combined with other herbs for PMS like black cohosh and dong quai.

The herbalist Christopher Hobbs claims that he has helped resolve many cases of teenage acne (often thought to be caused by raging hormones) with chaste tree. I’ve had little personal experience with this, but I assume it would be helpful, possibly along with blood purifiers like burdock and red clover, and an improved diet.

Chaste tree has also been used to normalize periods after women come off the pill. David Winston reports that it’s also helpful for polycystic ovarian disease when combined with saw palmetto, licorice, and white peony root. 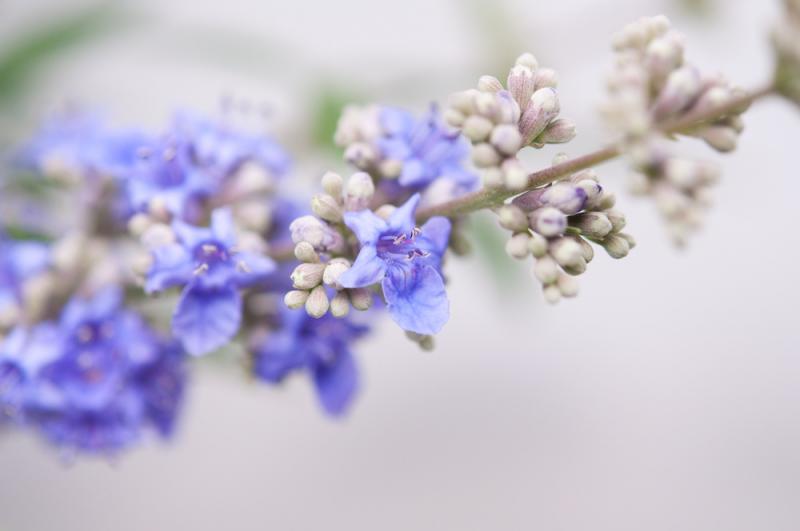 Given all this, I’d like to end by referring to Matthew Wood’s take on the herb. To quote his Earthwise Herbal on the Old World medicinal plants, "I never managed to understand vitex or get it to work based on pharmacological theory. Instead, I learned from herbalists who developed an understanding of it through clinical experience." I can really relate to that statement. I often find the experience of herbalists more helpful in understanding how to correctly use an herb than the scientific literature.

Matthew then cites the experiences of herbalists Margi Flint, Matthew Becker, and Patricia Huenecke for his take on the herb. Based on the experience of these three herbalists Matthew paints a bit of the personality characteristics of someone who needs vitex. First, there is a tendency towards nervousness and hyperactivity. They may even have tachychardia or heart palpitations. The person feels hunted, like something is after them and they need to “look over their shoulder.” This includes teenage girls who feel like they are being preyed upon, but it also includes teenage boys who are sexually obsessed and hunting girls. So, it may be helpful for boys that are acting in sexually inappropriate ways with young women.

The feeling may also be one of being haunted. I’ve done a lot of emotional healing work and many women are haunted in their sexual lives by past abuse or sexual exploitation. Here Matthew Wood suggests that small (drop) doses may be helpful for restoring sexual vitality when overuse or abuse has reduced it.

Since the berries have a warming, slightly pungent taste they are also helpful for women who have lost the spiciness of their life during or after menopause. It also helps with depression after a woman has quit nursing.

These insights add a depth of understanding to chaste tree that simply thinking of it as a hormone balancer doesn’t. Based on all of this, I think chaste tree is very indicated in three situations. First, it is helpful for the two sexual transitions we make it life. The first is puberty, when we transition from being a child to an adult. This is often a difficult time as teenagers try to deal with the desires and bodily changes that are taking place. If they’re having a difficult time with this transition, especially if acne is part of those struggles, chaste tree may help.

The second transition is the transition to becoming an elder. For women, this is called menopause. For men, it is called andropause. The physical symptoms of this transition are more easily observed in women, but both sexes undergo emotional and psychological shifts during this time. Chaste tree may also be helpful here, but primarily for women, and particularly when combined with dong quai, black cohosh, and licorice.

The third use is for estrogen dominance, where women experience excessive estrogen levels and deficient progesterone levels. This not only causes PMS Type A and contributes to PMS Type H (remember chaste tree helps both), it also causes problems like uterine fibroids. Here I believe chaste tree works best when combined with other herbs that help an individual woman’s issues—such as cramp bark, black haw, wild yam, false unicorn, and blessed thistle.