The naturally sweet herb, stevia, is a great way to sweeten herbal formulas and foods - January 26, 2021 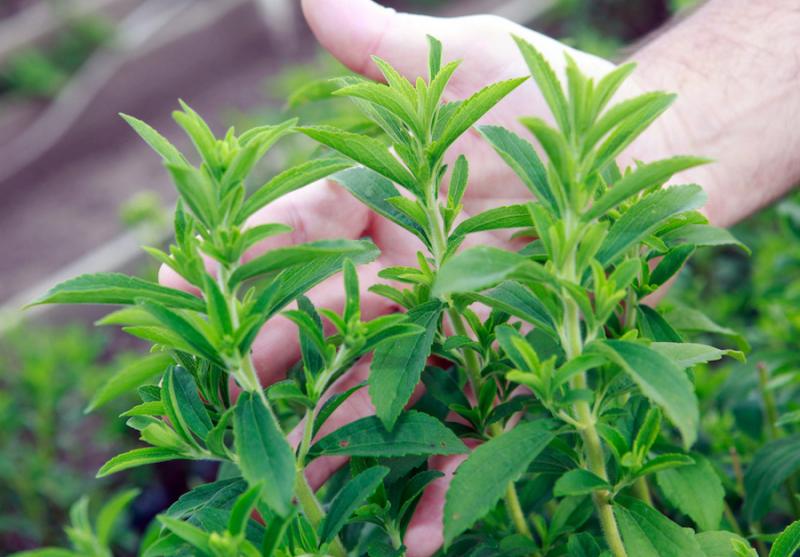 A couple of years ago I planted a stevia plant in my yard. Being a native of South America, it didn't survive the frost in the fall. Fortunately, I'd gathered the pale green, naturally sweet leaves before that happened. The leaves are about 30 times sweeter than table sugar, so adding just a small amount of the leaf to a cup of herbal tea sweetens the tea naturally.

However, adding stevia to something to sweeten it, isn't like adding sugar. Like the naturally sweet licorice we discussed last week, stevia has its own flavor, which you may or may not like, so you need to be prepared for the altered flavor of your tea (or coffee or whatever else you use it in).

The sweetness of stevia is created by steviol glycosides (mainly stevioside and rebaudioside), which are 30 to 150 times sweeter than sugar, There's no significant caloric value to stevia, so adding stevia is a basically calorie-free way to sweeten something. Natives in Paraguay have used the plant for at least 500 years to sweeten both teas and foods. They also drink stevia leaf tea.

Stevia and the FDA

Stevia is also allowed to be added to foods as a sweetener in many other countries, but oddly enough, the FDA only allows glycoside extracts to be used as a sweetener. The extracts are considered generally recognized as safe (GRAS) and were granted GRAS status in 2008. The whole herb or extracts of it, however, are not GRAS. 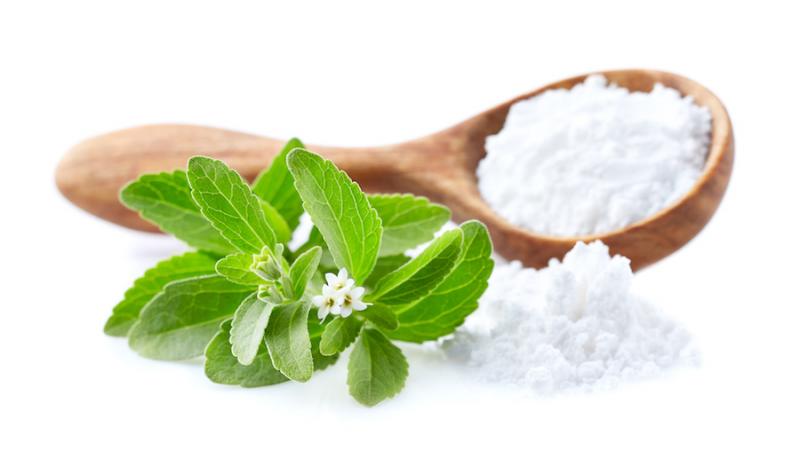 In my opinion, the history of the legal status of stevia in this country is a good example of how the FDA works to protect the major food and drug companies from competition, in this case, the artificial sweetener market. Early in 1991, with no evidence to prove that stevia was harmful to human health, the FDA banned it from import. In July of 1991, the American Herbal Products Association (AHPA) contracted with the Herb Research Foundation (HRF) to perform a safety review on stevia. Douglas Kinghorn, Ph.D., the world’s leading authority on plant-derived sweeteners was hired to conduct the review. He concluded that stevia was safe and two other top scientists reviewed his work and agreed.

In fact, research has again and again proven that stevia has no toxicity. According to Daniel Mowrey, Ph.D., a scientist who researches herbs, “few substances have ever yielded such consistently negative results in toxicity trials as stevia.” No study has ever shown any harm from the whole leaf, or from the stevioside extract. There are more than 100 studies to back up the safety of this product.

Each time the FDA raised objections about stevia to AHPA, HRF supplied data to answer their concerns. But the FDA continued to ban stevia. Finally, since the FDA had no evidence to back up their ban on stevia, they allowed it to be imported again as a whole herb. So, you can buy stevia leaf (or grow the plant as I did) and use it, but you can't add it to commercial herb blends, which is sad because it can really help to flavor otherwise nasty tasting liquid herb formulas.

The Health Benefits of Stevia

Besides being sweet, stevia has some health benefits. It appears to have a blood-sugar balancing effect. It is widely used in Paraguay as a remedy for diabetes, but it also seems to help with hypoglycemia. Like licorice (which also contains glycosides that are many times sweeter than sugar), it may help to stimulate sugar to be released from storage in the liver. One study showed that stevioside reduced glycogen stores in the livers of rats. It also has a slight blood pressure-lowering effect in cases of high blood pressure.

Stevia is antibacterial. Herbalist Kathy Keville observed that her tea blends containing stevia did not spoil. It inhibits the growth of bacteria that cause gum disease and tooth decay and is used in many countries as an ingredient to sweeten toothpaste. 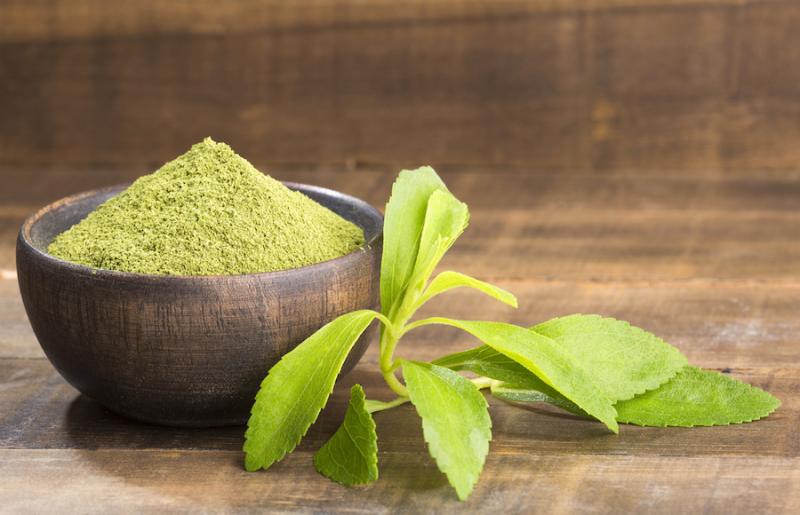 Even if you can’t buy foods sweetened naturally with whole leaf stevia, you can get foods sweetened with glycoside extracts. I've tried stevia-sweetened sodas for example. Personally, I found they have an odd taste but you can try it for yourself. You can also use stevia as a sweetener in your own home cooking. It is heat stable, so it can be used in baked goods. The whole leaf powder and the extracted stevioside are both available for use.

The whole leaf adds a more distinct flavor, so many people prefer the stevioside extract. Since the stevia and the stevioside extract are so much sweeter than sugar refer to a chart for how much to use in recipes and remember it is better to err on the side of using less when testing recipes. You can always add more if it doesn’t taste sweet enough.

I also see no reason why you can't use whole leaf stevia to sweeten homemade herbal formulas. It would certainly work well as a flavor-enhancing ingredient in formulas for balancing blood sugar, supporting liver or adrenal health, and even immune formulas. As I've been pointing out in recent articles (licorice, chocolate, vanilla) I think you shouldn't be afraid of playing with blending herbs. It's very much like cooking. You can have fun with it. You might screw up a recipe and have to start over, but most of the time you can tweak both the efficacy (and taste) of a formula by sampling it as you go along, adding a little more of this or that herb to get the flavor (and the effect just right).