The Medicinal Value of Chocolate 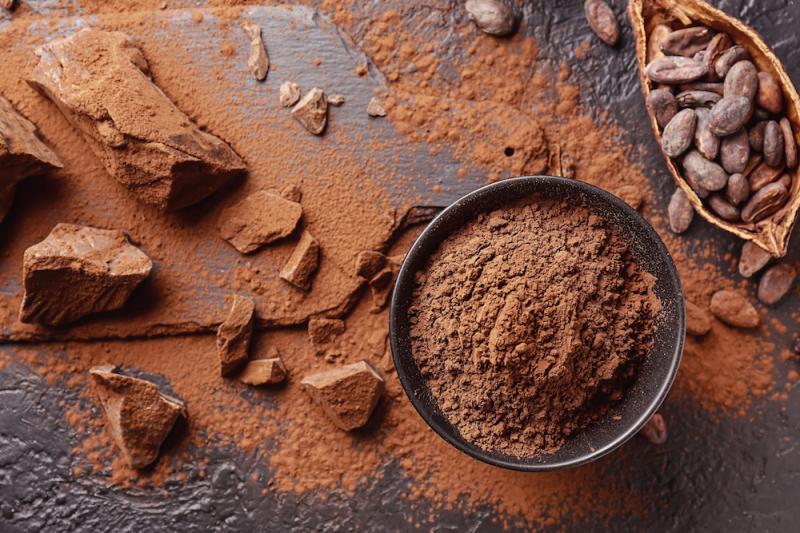 Last week I shared some of the the medicinal properties of vanilla. This week, I'm going to talk about vanilla’s darker counterpart, chocolate.

Back in the 1970s when I was first getting interested in natural healing, all the health experts were saying you should use carob instead of chocolate. I rebelled against this idea. Carob, a member of the pea or legume family was considered a pig food in Hebrew culture. Cacao, on the other hand, was considered the food of the gods by the ancient Aztecs. And Latin name for chocolate, Theobroma, even means “food of the gods.” So, while carob is healthy food, in my opinion, it doesn't substitute for chocolate.

Chocolate as a Traditional Medicine

Chocolate hasn't always been know as a dessert or a special treat. Traditionally, it was considered a health food, and modern research is vindicating that idea. In 1529, Cortes wrote to King Carlos I of Spain that he had found a "drink that builds up resistance and fights fatigue.” After Cortes returned to Europe with trunk loads of cacao beans chocolate swept Europe because of its reputed medicinal qualities. A drink of chocolate was viewed as a cure-all, a restorative and vital for treating everything from anemia to digestion problems.

Cocoa was traditionally used as a medicine for three main purposes. First, to treat weak, emaciated patients who needed to gain weight. Second, to stimulate the nervous systems of exhausted or feeble patients. Third, to improve digestion and elimination overcoming stagnant or weak stomachs, kidneys and bowels. Cocoa was also considered beneficial for anemia, poor appetite, mental fatigue, poor breast milk production, tuberculosis and low virility. As sugar and milk were added to chocolate in later centuries, much of its medicinal value was forgotten. 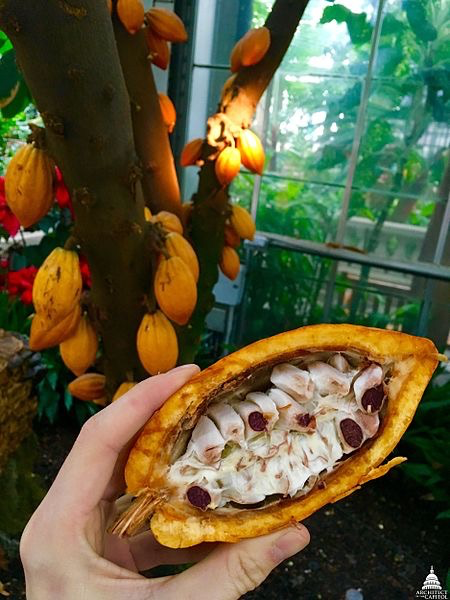 Cocoa has come back to the forefront as a medicine with the discovery that it is one of the kings of antioxidants. The main antioxidants found in chocolate are polyphenols, a large class of molecules found in fruits and vegetables like oranges, soybeans and berries. Dark chocolate and cocoa are particularly high in a sub-class of those compounds called flavanols, which are also found in red grapes and tea, hence the well-known benefits of red wine and green tea. The reason dark chocolate and cocoa rank so high is that the antioxidants are very concentrated. More than 10 percent of the weight of the dry raw cacao beans consists of polyphenols alone.

To get the health benefits of chocolate, you need chocolate that has as little sugar as possible. Many of the dark chocolates that are on the market today specify the content of cocoa on the label. You should aim for at least 70 percent cocoa content. Remember, however, that even this special kind of dark chocolate should be eaten in moderation, about two to three ounces a day

We don’t crave chocolate because it’s a health food, do we? The fact is, chocolate makes us feel good, and there are a lot of reasons why. First, it’s a mild stimulant. It contains caffeine and another similar compound called theobromine, which produces a milder, but more sustained feeling of energy than caffeine. Theobromine acts as a vasodilator, so it actually helps reduce blood pressure. It’s also a mild heart stimulant and diuretic. It may even help to reduce angina.

Chocolate also contains tryptophan, the amino acid precursor to serotonin, and phenylethylamine, which also helps the brain release dopamine and serotonin. Compounds in chocolate help to promote the release of two other feel good chemicals in the brain: endorphins and oxytocin. Endorphins are chemicals the brain releases to reward you for doing good things such as exercising, meditating, getting a massage or making love.

Oxytocin is released during childbirth and is responsible for mother-infant bonding. It’s also released during orgasm and helps to bond romantic partners. It’s been called the love hormone because it helps people feel good around each other. It’s released when people hug each other, make eye contact or do other things to show affection.

The midwife who helped with the delivery of my children had an interesting medicinal use for chocolate, based on this oxytocic effect. She kept Hershey’s chocolate bars in her supplies. If the placenta didn’t come she would have the mother eat two chocolate bars and the placenta would deliver after that. Doctors use a synthetic version of oxytocin, Pitocin, to induce labor and to help deliver the placenta after childbirth. I would be interested to know if other midwives have had experience with this. 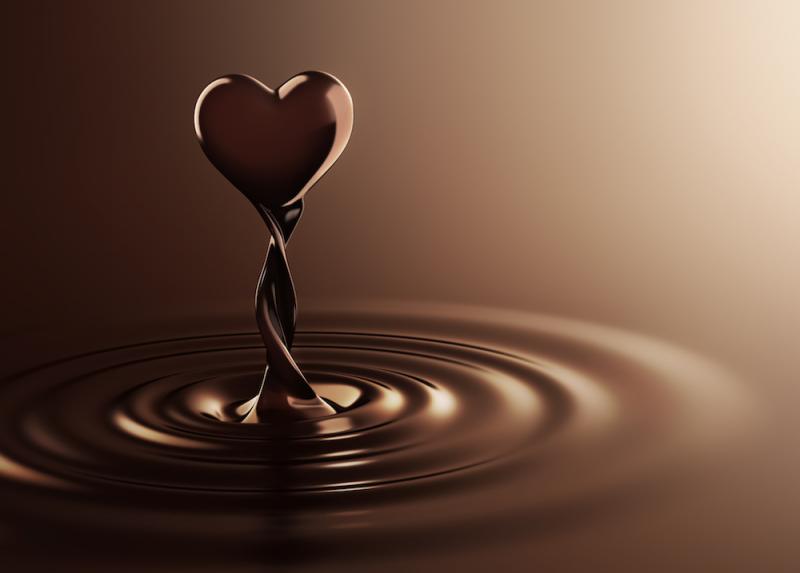 Many women with PMS will crave chocolate right before their period. I was taught this may be a sign of magnesium deficiency. PMS often indicates a magnesium and vitamin B6 deficiency. Chocolate is a pretty good source of magnesium and with all the other feel-good chemicals chocolate contains, it’s probably a decent form of self-medication.

Considering the fact that chocolate helps release the chemicals the brain releases when we’re in love, it makes sense chocolates are given on Valentine’s day or other special occasions. One study I read about found that people who crave chocolate have fewer oxytocin receptors in the brain, so maybe it helps to boost that loving feeling for them.

Chocolate and the Endocannabinoid System

The endocannabinoid system is the balancing system of the body. It helps balance neurotransmitters in the brain and nervous system to prevent anxiety and other nervous problems. It also helps balance immune reactions to reduce pain and inflammation. One of the principal endocannabinoids in this system is anandamide, which has been called the bliss molecule. The name is taken from the Sanksrit word, Ananda, which means joy, bliss or delight.

And, it turns out that chocolate contains this bliss molecule. So, there’s another reason why it can help people feel good, as well as another clue to its medicinal properties. Anandamide reduces anxiety and depression, and there is research that suggests people who eat some dark chocolate regularly tend to be happier and less prone to depression. Anandamide also helps reduce the risk of cancer, so along with the antioxidants in it, it probably has some cancer-inhibiting effect.

Last week I talked about using vanilla in herbal formulas. Why not try chocolate, too? Some friends of mine have done it. For example, they produced an herbal formula for sleep and a mood-elevating formula with cocoa in it. Both worked great. Someone else gave me an energy formula that also boosted nitric oxide that also had cocoa in it. It worked great, too. Again, I'm putting these ideas out for you to experiment or think about when trying a formula.

Chocolate has been used with other herbs in various traditions. For example, Mexican hot chocolate typically contains cinnamon and chili peppers. That would certainly enhance the circulatory effects of cocoa and help to balance blood sugar, too. Chocolate has also been combined with vanilla, nutmeg and cloves. I personally don’t drink straight coffee, but I love chocolate with coffee (mocha) as a pick me up. I find peppermint mocha is really nice during the holiday season, and peppermint enhances mental alertness and mood.

Clearly, there are more ways we can use chocolate as a medicine, especially in combination with other herbs for the nerves, the immune system, circulation and energy. So, don’t be afraid to experiment and get creative. If you come up with some interesting recipes, share them with me.

Oh, and may your New Year be blessed with chocolate-style bliss.