A powerful herbal remedy for aiding labor and delivery | December 13, 2022 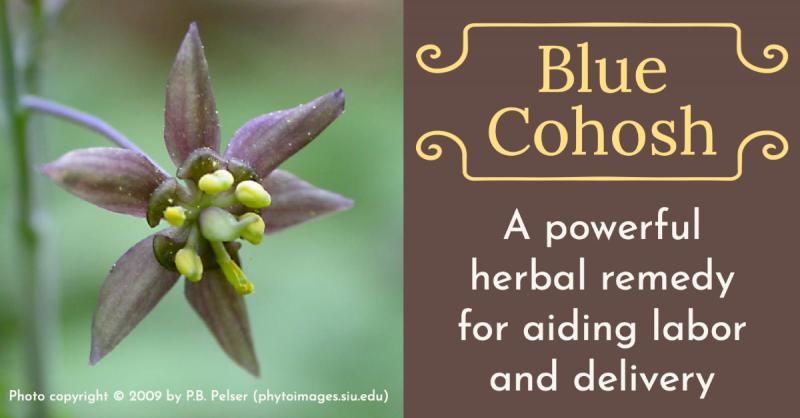 Blue cohosh (Caulophyllum thalictroides) is one of the many remedies introduced to Europeans by Native Americans as a remedy for the female reproductive system. Some of its other common names, squaw root and papoose root, suggest its use as a female and childbirth remedy. The word cohosh appears to be an Algonquian Indian word associated with pregnancy.

Named for its stem, blue cohosh has a striking appearance due to its purple-blue stems that divide into leaves at the top which surround a single flower. It grows in forested areas from the southeastern United States to Canada. Be sure not to mistake blue cohosh for black cohosh though. Despite the similar-sounding common names, the two plants are not related and have very different uses. 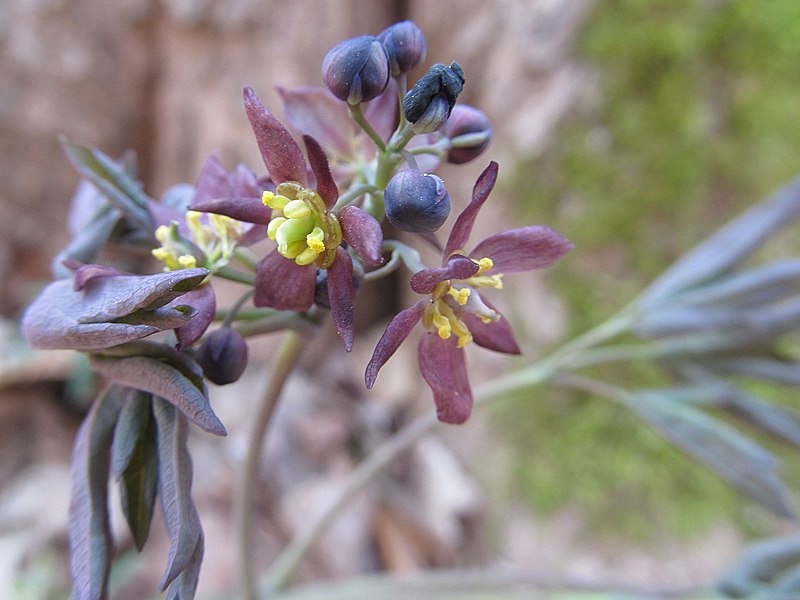 Blue cohosh is a strong medicine. It contains a number of compounds that have fairly powerful effects. For starters, it contains caulosaponin and caulophyllosaponin, which are glycosides that stimulate the uterus. These compounds can also constrict coronary blood vessels and have been shown to inhibit ovulation in rats. Another compound in blue cohosh, N-methylcystisine, is an alkaloid that acts in a very similar manner to nicotine. This compound can raise blood pressure and cause hyperglycemia (high blood sugar).

Blue cohosh has a strong oxytocic-like effect. Oxytocin is the hormone that stimulates uterine contractions and because of this property, it is absolutely contraindicated in pregnancy except in the last few weeks. In addition to the risk of causing a miscarriage, blue cohosh may also overstimulate the heart causing heart problems and even congestive heart failure in the developing infant. For all of these reasons, it should be avoided while trying to become pregnant and in the earlier stages of pregnancy before getting ready to birth. 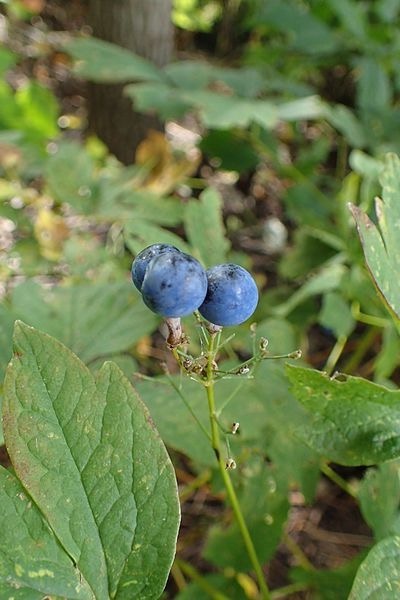 While blue cohosh should be avoided in the early part of pregnancy, it has been widely prescribed by herbalists and midwives to induce labor. That’s how I first learned about it. During a difficult labor with one of our children, I used it to assist my wife during the labor. Taken during labor, blue cohosh stimulates uterine contractions, while simultaneously relaxing muscle spasms in the pelvic floor. This both speeds delivery and eases the pain of labor.

The herb has been called “a woman’s best friend” because of its ability to help in cases of prolonged, painful labor where fatigue sets in. It is believed that it is methylcytisine that has a stimulating effect on the uterine muscles and that quickens delayed delivery.

Using too much, however, can induce labor that is too rapid. According to Matthew Wood in the Earthwise Herbal, it is best used in small doses starting several weeks prior to the due date to prepare the body for labor. In fact, it has been an ingredient in various formulas for preparing the body for labor and delivery. These formulas are called five-week formulas because they are designed to be taken starting five weeks before the due date. Besides blue cohosh, these formulas typically contained herbs like red raspberry, partridge berry, black cohosh, angelica, pennyroyal, and false unicorn.

Professional herbalist Chanchal Cabrera shared with me a formula using Scotch broom, blue cohosh, and other herbs to reduce the harsh effects of these two uterine stimulants. I have used it to help induce labor in women who are past their due date, but there are some anecdotal stories of this causing problems. Wood says, “Unfortunately when blue cohosh is used at the end of pregnancy, in large doses, to initiate partus, the labor is often forceful. The ‘baby always comes out crying,’ says Native herbalist Karyn Sanders.” While I did not observe this when I used it, I think his advice to use smaller amounts starting at an earlier date is wise.

Other Uses for Blue Cohosh 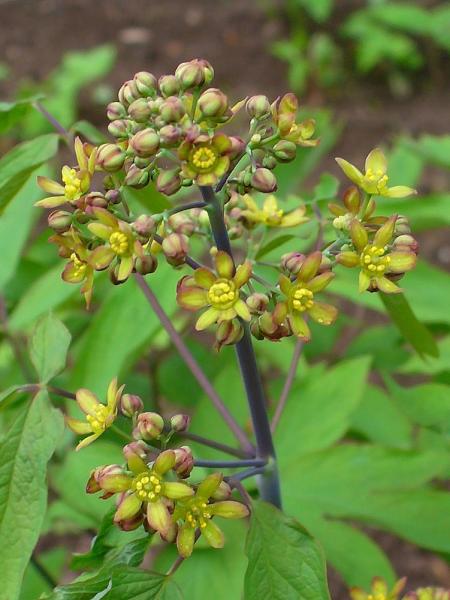 Besides being used to assist labor and delivery, blue cohosh has other gynecological uses. For example, it has been used to treat amenorrhea or lack of periods. It is also used to treat ovarian cysts, ovarian pain, and endometriosis pain.

In the 19th century, Cook wrote that blue cohosh is stimulating and relaxing in about equal degrees, spending its main powers upon the nervous system. These qualities make it one of the very best antispasmodics to relieve nervous feebleness with irritability, as in cramping of the bowels, twitching of the muscles in parturient cases, hysteria, painful menstruation, and colic. It helps relieve menstrual cramps and discomfort, such as heavy legs and heavy blood flow, as well as nervous irritability and insomnia. Blue cohosh also helps with rheumatism and chronic inflammation of the womb.

Because it is a strong remedy, blue cohosh should only be taken for short periods of time for a specific purpose. It is best used as part of a formula. I’d recommend using it as a tincture so you can use a smaller dose. Matthew suggests 1-7 drops are sufficient to have a tonic effect. I’d suggest using no more than 10 drops several times a day starting a few weeks before the due date, and no more than 20 drops several times a day after the due date.

Under the direction of a skilled midwife or herbalist, people have used as much as 2 capsules every two hours during labor. That’s what I used to do. But now I think a better approach would be to use 20 drops of blue cohosh with 5-10 drops of lobelia every two to three hours.

Again, blue cohosh should only be used at the end of pregnancy to help induce labor and it should not be taken while trying to conceive and during the first seven and a half months of pregnancy. And remember to use smaller doses as this gives it a more tonic action and is unlikely to cause any unwanted negative effects.