Reduce swelling, prevent bruising, and speed the healing of injuries with arnica | July 6, 2021 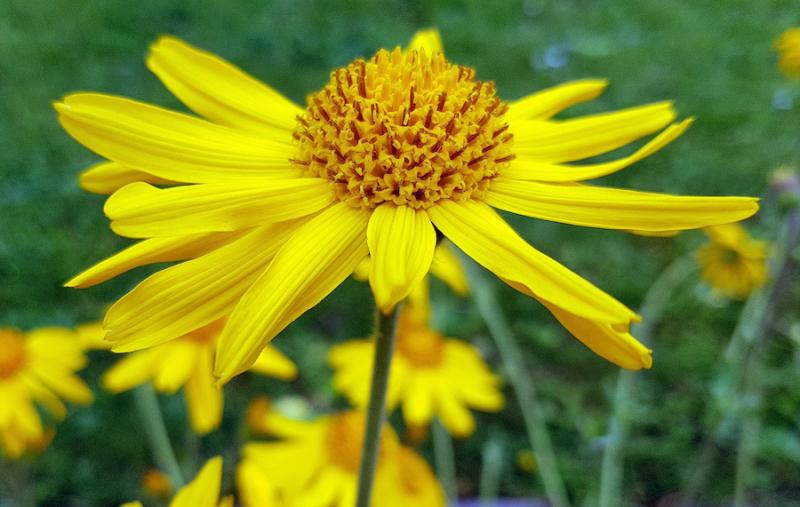 There are some herbs I think no first aid kit should be without and arnica is at the top of the list. I keep homeopathic arnica in my home first aid kit, the first aid kits in my cars, and the first aid kit I take when I’m hiking. It’s one of the best remedies for rapidly resolving all kinds of bumps, bruises, sprains, and just about any other injury where the skin isn’t broken. It takes down swelling, relieves pain, and speeds healing. I particularly like arnica in a cream form for topical application, but I’ve also used the homeopathic pills internally.

Because of its toxicity, arnica is best used in homeopathic form. In fact, it’s one of the homeopathic remedies that has convinced me that homeopathy is a valid healing method because I’ve seen homeopathic arnica work wonders. 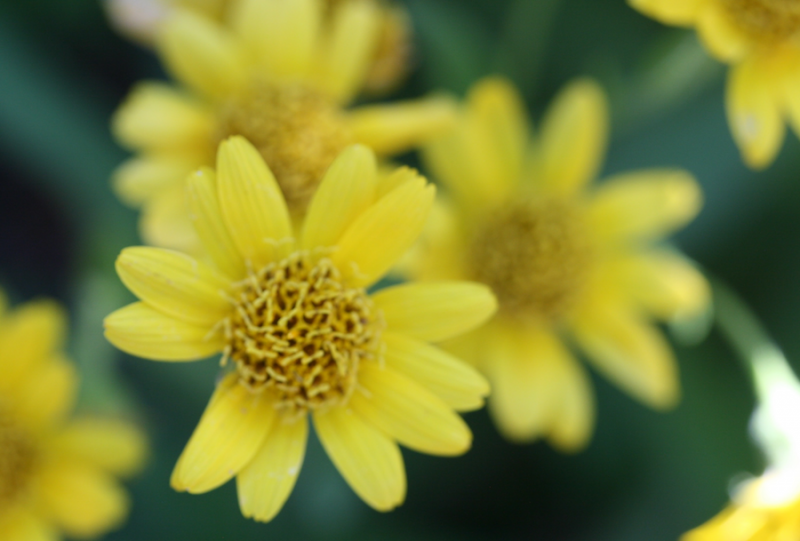 In the late 1990s, I decided to make a solo backpacking trip up Mount Timpanogos near American Form, UT. It’s a twelve-mile hike to go up and come back down.

I spent the first day hiking up to Emerald Lake and the small glacier on the mountain, eating wild berries on the way. After spending the night near the lake in a small rock building with about 12 other hikers (all about 20 years younger than me), I started down the series of steep switchbacks to Aspen Grove. About halfway down, with three miles of hiking left, I made a wrong step and twisted my ankle. I hobbled over to the creek, took off my boot, and started using the self-help massage technique I learned from Dr. C. Samuel West at the International Academy of Lymphology. (It’s one of the many techniques I teach in my Fundamentals of Natural Healing course.)

While doing the massage I put homeopathic arnica cream on my ankle several times. After about 15 minutes, all the pain and swelling were gone. I took a few homeopathic arnica pills and soaked my foot in the stream for a few minutes. I put my hiking boot back on and was able to hike the remaining three miles with no pain or further problem. You can see why arnica is a must in my hiking first aid kit. 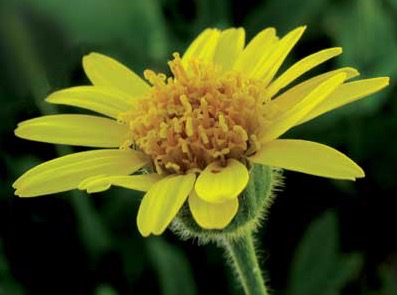 One time I've seen the power of arnica in action was when my office manager injured her wrist. I had her put arnica on it, which eased the swelling and pain, but the wrist continued to bother her for the next two days, so I told her she needed to go to the doctor. X-rays revealed she’d torn a tendon. The doctor was amazed that there was no swelling, as injuries like this typically cause a lot of swelling. She replied that she had been applying arnica and keeping it elevated. His response, “Well, it’s a good thing you kept it elevated.”

I remember thinking, really? I doubt he’s ever seen an injury where elevating the limb alone resulted in no swelling. The swelling isn’t due to gravity after all, but due to plasma proteins invading the local tissues and drawing water with them. Elevating the injury slows the swelling process a little, but doesn’t stop it. Anyway, he had her immobilize her wrist and she continued to put arnica on it until it healed completely.

Another example came from a friend who lived in Jamaica for half of the year. She broke her leg and had to be transported to the hospital over a bumpy road for many miles. Having broken a leg myself, I can hardly imagine how painful that would be. On the way, she kept taking homeopathic arnica pills. Again, when the doctor saw her, he was extremely surprised that there was no swelling around the break. That’s pretty powerful.

I've had many more experiences with arnica than those related here, but I think you get the picture. So, let's wrap it up by covering some additional ways one can use arnica. 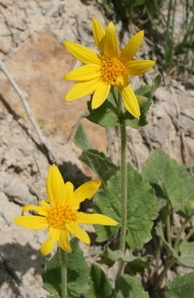 The use of arnica as an emotional remedy (flower essence) mirrors its physical use. It’s a remedy for trauma. It can be helpful for people who become disassociated following accidents or violent experiences. If you remember having a dazed feeling that “this can’t be real” following a traumatic experience, that’s the state arnica helps to heal. It can aid in returning to a conscious, present awareness immediately following the trauma or help to unlock and release trauma from the past. This makes it a useful ally in treating PTSD.

The heart-leafed arnica can be used to treat injuries in the same way as the other species, but I believe it could make an interesting flower remedy, as well. My intuitive sense is that would be helpful for healing a bruised heart, that is someone who has been traumatized emotionally by betrayal or abuse in what should be a loving relationship. It would be interesting to experiment with this if anyone out there wants to try it.

The bottom line comes back to what I said at the start—arnica is one remedy I don’t like to be without. If you don't have it in your first aid kit or emergency supplies I recommend getting it. As the stories above suggest, it can come in handy when someone gets injured.