Reduce your risk of cardiovascular disease and help to lower blood pressure and cholesterol with the power of garlic | June 7, 2022

Located just south of the bay area, Gilroy, California is known as The Garlic Capital of the World. This summer it will host the 42nd Gilroy Garlic Festival where tens of thousands of people will come to celebrate this culinary and medicinal herb. California grows 84% of America’s garlic, and much of that is grown in the area around Gilroy. I’ve been through that area many times and stopped at the many roadside farm stands which proffer a wide variety of produce, along with bags and braids of garlic. 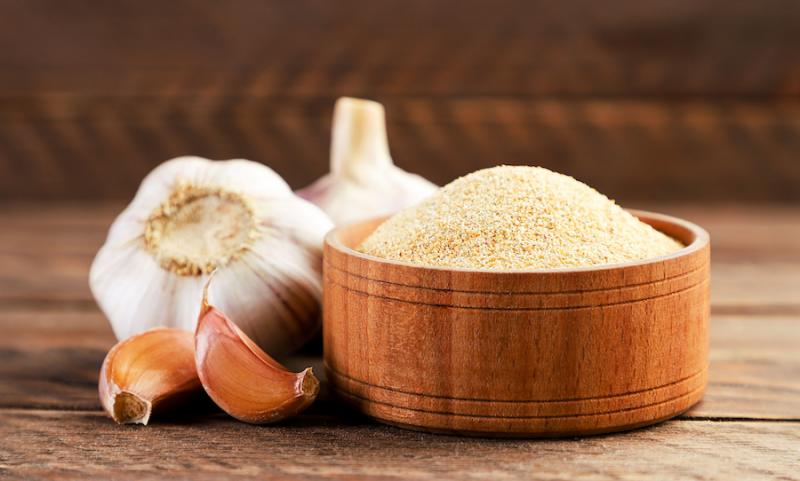 Supplementation with 600-900 mg per day of garlic powder for twelve weeks can reduce mild hypertension by 7.7 systolic and 5 mm diastolic (Sigaly and Neal; 1994b). Larger doses are more effective. In one trial, a single dose of 2400 mg of garlic produced a 16 mm drop in diastolic pressure after five hours in patients with severe hypertension (McMahon et al). So, about two to four 550 mg capsules per day would be a good dose.

You could also use one to four cloves of fresh garlic per day. And, of course, you can incorporate both garlic and capsicum into your diet by cooking with them. 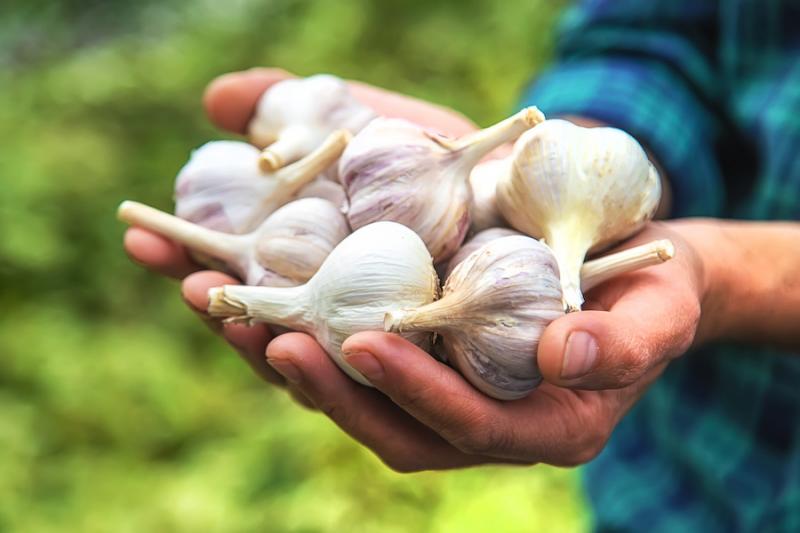 Garlic has a more potent effect on elevated cholesterol than it does on high blood pressure. Supplementation with the aforementioned 600-900 mg of garlic powder every day for four weeks can reduce “total cholesterol by about 12%. Even better results are seen when the supplementation lasts at least three months. (Sigaly and Neal 1994a.) The peak benefit may take 8 months and will persist for several months after discontinuing consumption. Although some cholesterol comes from the diet, most of it is manufactured by the liver. Garlic appears to reduce the production of cholesterol and fatty acids in the liver. (Yeh and Yeh; Gebhardt; Heinle and Betz).

Garlic also seems to lower triglycerides and raise HDL cholesterol (Rotzsh et al). Although commonly called bad and good cholesterol, both HDL and LDL are needed in varying amounts. LDL (low-density lipoproteins) cholesterol (also known as bad cholesterol) transports fatty acids to the tissues of the body where the cells can use them for energy or to construct cell membranes and other structures. HDL (high-density lipoproteins) cholesterol transports toxins and other substances back to the liver for detoxification and/or elimination in bile. The risk of having a heart attack or stroke drops 1% for every 1% drop in LDL and drops 4% for every 1% increase in HDL. So, garlic helps reduce the risk of heart disease and strokes.

The body needs to create blood clots to stop bleeding in injuries, but you don’t want these blood clots forming inside the arteries and veins. The body has mechanisms for regulating clotting and there are herbs and foods that help maintain normal clotting mechanisms, garlic being one of them.

The allicin in fresh garlic may be the component that most effectively inhibits platelet aggregation. (Mohammad SF, 1986) So, freshly crushed raw garlic can act as a powerful blood thinner in place of aspirin and other medications often prescribed for this purpose. One could also take a garlic product with stabilized allicin. Dried powdered garlic, while less effective, is still beneficial at reducing the risk of blood clots. Garlic increases fibrinolysis (the dissolution of fibrin), which slows blood coagulation. (Legnani C et al, 1993) 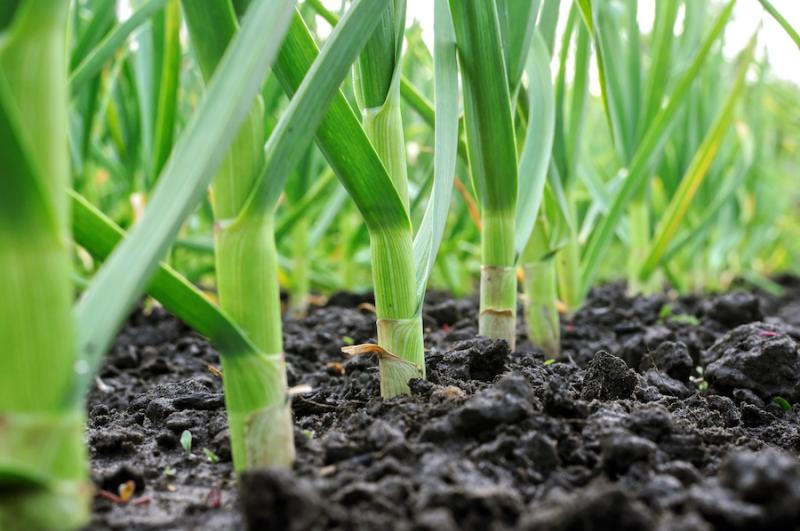 Garlic helps prevent heart disease in several ways. First, as noted above, it helps with cholesterol metabolism. But, it’s not just the type and amount of cholesterol that causes hardening of the arteries. Cholesterol must be oxidized in order to become sticky and adhere to arterial walls. This is also called lipid peroxidation (or in more common terms it involves fats turning rancid). Garlic helps prevent this oxidation.

It’s also been postulated that low-grade infections may be part of what damages arterial linings, causing the deposition of arterial plaque. It’s known for example that gum disease (infection in the gums) is strongly correlated with an increased risk of cardiovascular disease. So, the immune-enhancing properties of garlic may also be helping reduce plaque formation.

High blood pressure causes turbulence in the blood which increases clotting. By reducing blood pressure and helping to inhibit clotting, garlic is also reducing the risk of heart attacks, strokes, and various forms of thrombosis.

Garlic, along with other pungent herbs, also stimulates blood flow, helping the tissue of the body receive the blood they need, which increases overall health. For example, patients with intermittent claudication (lower extremity pain because of reduced blood flow due to narrowed arteries) used garlic to significantly improve their maximum walking time. The benefits were noticed after at least five weeks of garlic supplementation. (Keisewetter et al, 1993) 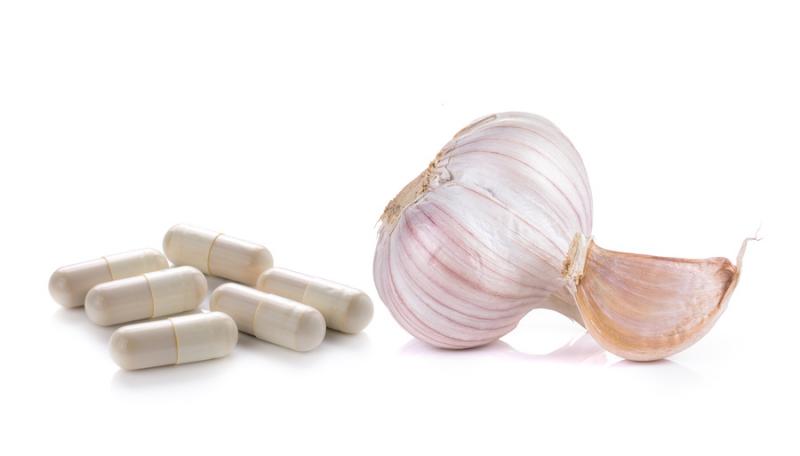 Garlic is heating and drying, so it’s primarily indicated for people whose metabolism tends to run more cold and damp. It’s very beneficial for people who tend towards obesity, edema, fatigue, pale complexion, and high blood sugar. It’s very helpful as a preventative remedy for complications of diabetes. Garlic is also helpful for people who are timid and afraid to speak up for themselves.

Dried garlic is a relatively mild and well-tolerated remedy, especially when used in a formula with other herbs for cardiovascular health. Raw garlic can be much more irritating to the skin and digestive tract. If you experience digestive upset with fresh garlic you may need to stick with garlic powder or aged garlic products which are gentler on digestion. Cooked garlic is also generally gentler on the system. However you choose to use it, you’ll find garlic will help keep your circulation in better condition, so use it regularly either in food or in supplements if you’re concerned about cardiovascular health.

The research cited in this article was compiled by David Satterlee with the following references.