Increase Your Capacity to Heal with Self-Heal

Self-heal can heal physical injuries but also promotes the belief in the innate ability to heal | January 11, 2022 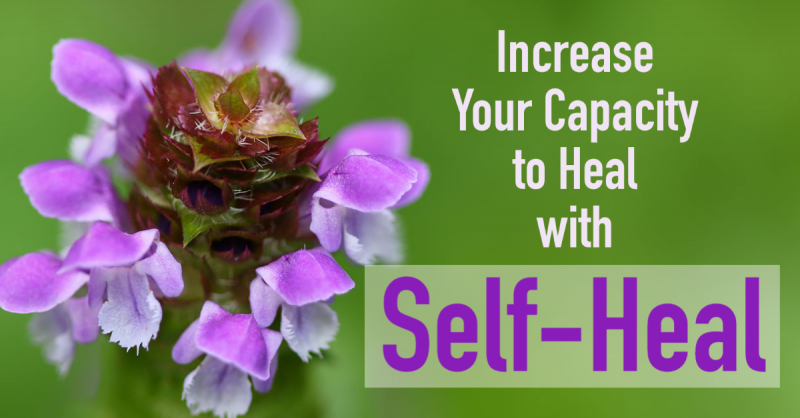 As much as I love taking people on herb walks, most classes I’ve taught have been in hotel rooms. This is why I've always enjoyed it when I’ve been able to go outside during the lunch break and do a mini herb walk on the hotel grounds. We typically find plants like dandelions, red clover, plantain, yarrow, and self-heal. Self-heal, also known as heal-all, is an herb that I think more people should be familiar with. 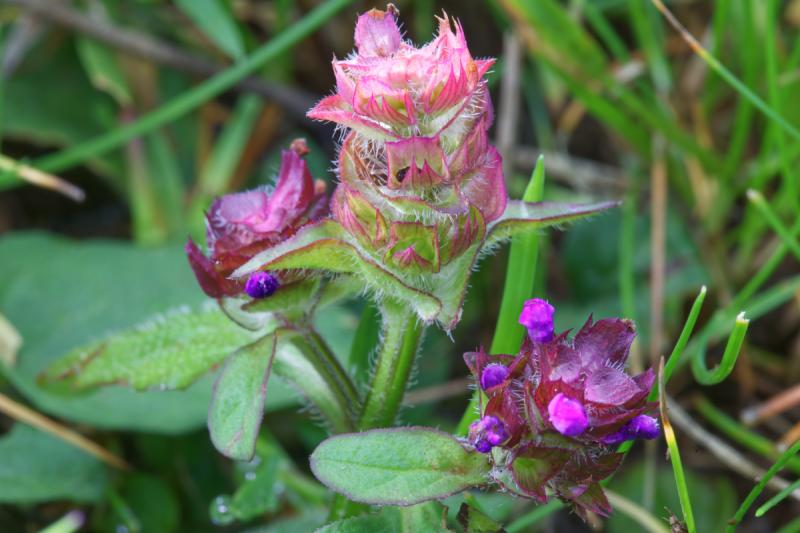 Self-heal (Prunella vulgaris) is a member of the mint family that is native to the pastures, woods, and clearings all over Europe and has been naturalized in many parts of North America. Even though it’s fairly common, it isn't used much in commercial herbal products. But, it’s a handy plant to know about because it’s easy to find and has a lot of uses, especially when it’s picked fresh.

It's also fairly easy to identify. It has a square stem, like other members of the mint family, and a distinct flower head as shown in the photos so you won't mistake it for anything else.

Self-heal is mucilaginous and astringent, a combination that makes it a good remedy for minor wounds. Like plantain, you can pick the fresh plant, crush it, and apply it topically to help heal cuts, insect bites and stings, and similar wounds. It can also be applied topically to varicose veins. Made into a tea, it can be used as an eyewash for conjunctivitis. It may be helpful for skin infections, too.

Internally, it has a healing effect on the intestinal tract, helping to heal inflammatory bowel disorders like colitis. It has been used for sore throats. In Chinese herbal medicine, it is used to disperse heat and cool liver fire, which can ease headaches, dizziness, and vertigo. It also helps to remove moisture and reduce swelling. 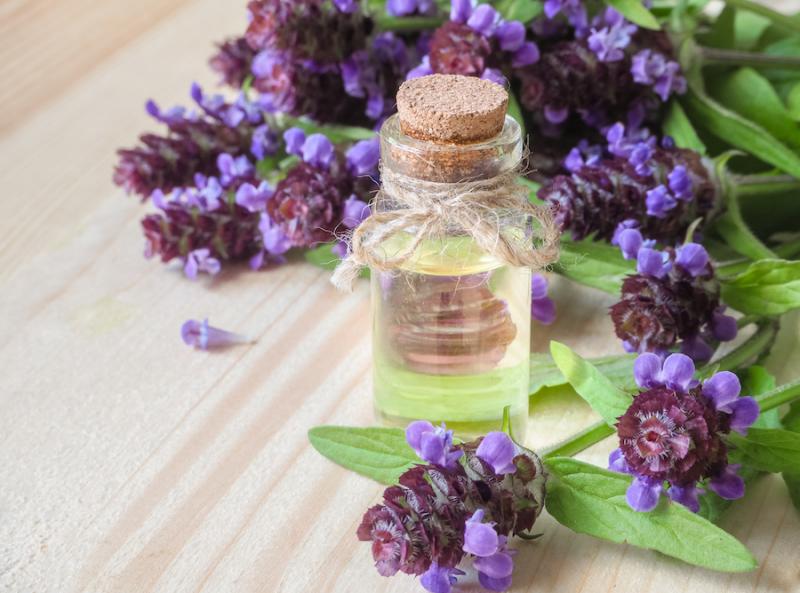 The primary use I’ve made of self-heal is as a flower essence. Long ago I realized that healing was heavily dependent on mental attitude and emotional wellbeing as well as on physical things like nutrition and exercise. In fact, healing starts with a belief that you can get well. If you don’t believe you can get well, you’re not likely to search for answers or act upon them when you find them.

Sometimes people lose all hope that they can get well. They don’t believe in their own innate healing capacity. They place the responsibility for their health entirely outside of themselves. They may seek out various practitioners, medical or alternative, but don’t participate in the healing process.

If you’re a practitioner who has been practicing for many years, you’ve probably encountered at least one client like this. They say they want your help, but when you give them supplements to take or recommend lifestyle changes, they don't follow through. They may even blame you or others for their lack of progress when fail to act. These are the clients who need self-heal.

The first time I remember using self-heal flower essence was when I was trying to help another practitioner with a client. This woman had been on a mission for her church in a third-world country. She had picked up intestinal parasites while there and since returning to the states, she had seen a number of medical doctors who had been unable to help her recover her health. My fellow herbalist was trying to get her to try herbs, but she had given up hope she would ever be well and felt like she just wanted to die.

So, I recommended self-heal flower essence. The woman took it, and within four days she recovered her will to live. She started working with the other herbalist and as far as I remember, she was able to start recovering her health.

A Sad Ending, But Important Lesson 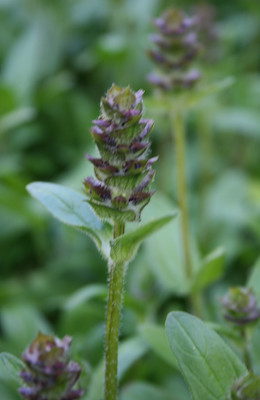 Another time, family members brought a young man to see me who was deeply depressed and suicidal. He was on SSRI medications at the time, which sometimes increase aggression and suicidal tendencies. I started off with self-heal flower essence and after working with him over a period of a couple of months we were able to wean him off of the SSRIs and get him back into a healthy emotional state. This situation lasted for several months.

Unfortunately, he got injured and when he was put in the hospital, they took him off of the program I had him on and put him back on the SSRIs. After being released from the hospital he became suicidal again and before the family could bring him back to me he took his life. It was my first experience losing a client like that and I relate the experience only to point out that if you work with people, not every story will have a happy ending. Here’s where self-heal can help again. You can take it to help bolster your courage to face difficult mental and emotional challenges.

Anything that’s confronting you in life, which causes you to doubt your ability to heal from it, whether the challenge is physical, mental, or emotional, give self-heal flower essence a try. It not only awakens the inner capacity to heal, it also helps a person take responsibility for their own healing, which can help them follow through with what they need to do.

In one way, all illness involves some type of injury or trauma from which we have to recover. Self-heal can help on both fronts. It will aid the physical part of trauma by helping the body heal from physical injuries and it can also aid the mental and emotional part of trauma by helping awaken the inner belief that one can heal and move on. So, keep your eye out for this small member of the mint family. It’s a simple, but a powerful ally for helping people to heal.