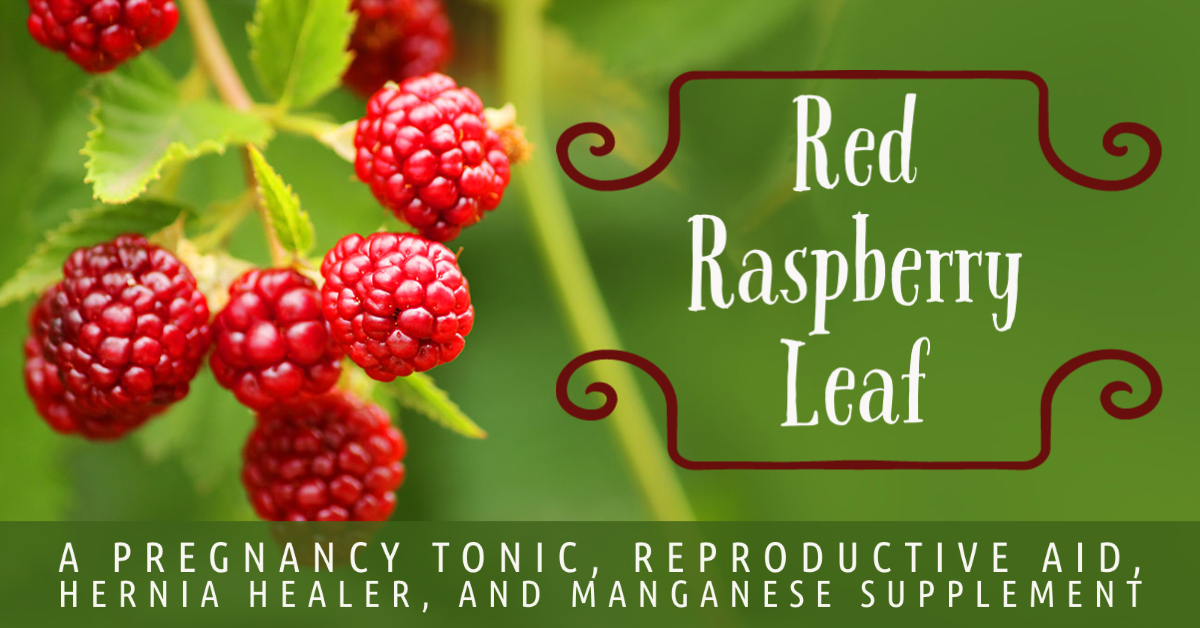 I don’t know about you, but I love raspberries. They are wonderfully tasty fruits native to both North America and Europe. They have been cultivated since the 16th century and in many places they can also be gathered in the wild. But, as much as I love to eat raspberries, what I want to talk about today are the leaves, which are a wonderful herbal medicine.

Raspberry leaf is primarily used as a tonic for the female reproductive system. The English herbalist Henry Box said,” A tea made from red raspberry leaves is the best gift God ever gave to woman.” Raspberry leaves contain fragrine, an alkaloid that tones and regulates the muscles of the pelvic region, including the uterus. When taken regularly during pregnancy, raspberry leaves tone the uterine muscles resulting in an easier delivery.

During pregnancy, red raspberry helps to ease nausea and morning sickness. Its use during pregnancy has been shown to reduce pain during labor and after birth and to promote a speedier recovery from childbirth. It strengthens uterine contractions but doesn’t interfere with pelvic dilation. After childbirth, red raspberry reduces uterine swelling and cuts down on postpartum bleeding. 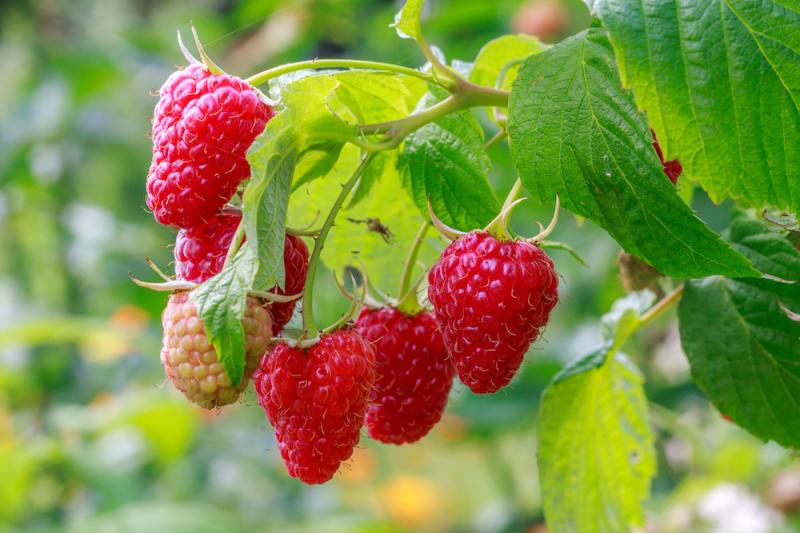 Utah midwives taught me to recommend a pregnancy tea for women consisting of equal parts red raspberry leaf, alfalfa leaf, and nettle leaf. You can also add a smaller amount of peppermint for flavoring. To make the tea steep several tablespoons of the herbal mixture in a quart of boiling water for 20-30 minutes and drink it over the course of the day.

The tea provides minerals such as iron, magnesium, calcium, and potassium that aid the health of both the mother and the developing infant. Drinking it helps to prevent or ease morning sickness, prevent anemia during pregnancy, and prevent toxicity and other complications of pregnancy. It also helps make labor quicker and easier.

Reproductive Tonic for Men, Too

Raspberry leaf is also reported to increase fertility in both men and women. In women, it can aid lactation and can also be helpful for vaginitis, irregular menstrual flow, and breast health. 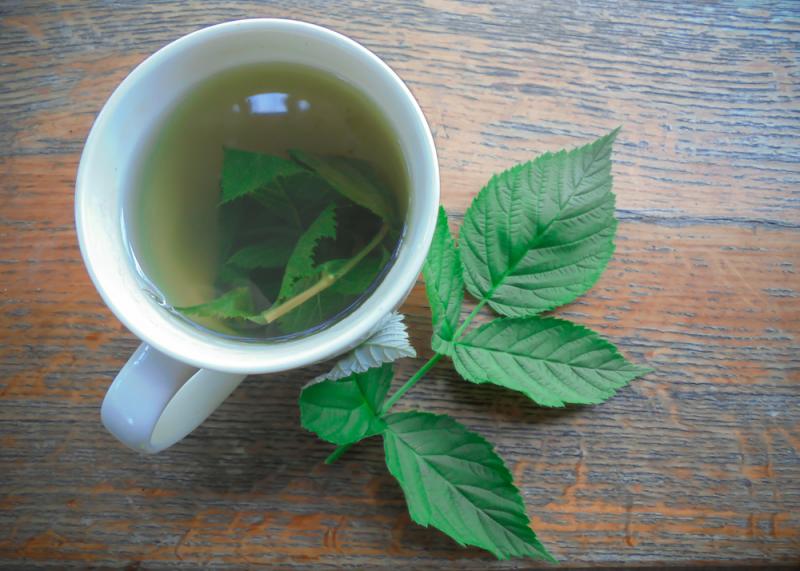 One use I’ve made for raspberry leaf is as a tonic for strengthening abdominal muscles in people with hernias. I was inspired to start using it for this purpose after one of my children was born with an umbilical hernia. We went to a holistic medical doctor (osteopath) who muscle-tested my wife and son and found that both were deficient in manganese.

At his suggestion, we pushed the hernia in with a cotton ball and taped over it to help hold it in place, while both my wife and the nursing baby took a manganese supplement. The hernia healed in less than two weeks. We had to change the cotton ball and tape several times a day (especially if it got wet), but it worked.

A Rich Source of Manganese

Later, when Mark Peterson did the research for his book, Nutritional Herbology, he discovered that the herb highest in manganese (among those he tested) was raspberry leaf. I reasoned that since raspberry tones uterine muscles, it might also tone abdominal muscles and that a manganese deficiency might be part of the cause of hernias. Since then I’ve recommended this to several people who have reported favorable results in speeding the healing of hernias with red raspberry (6-8 capsules per day). 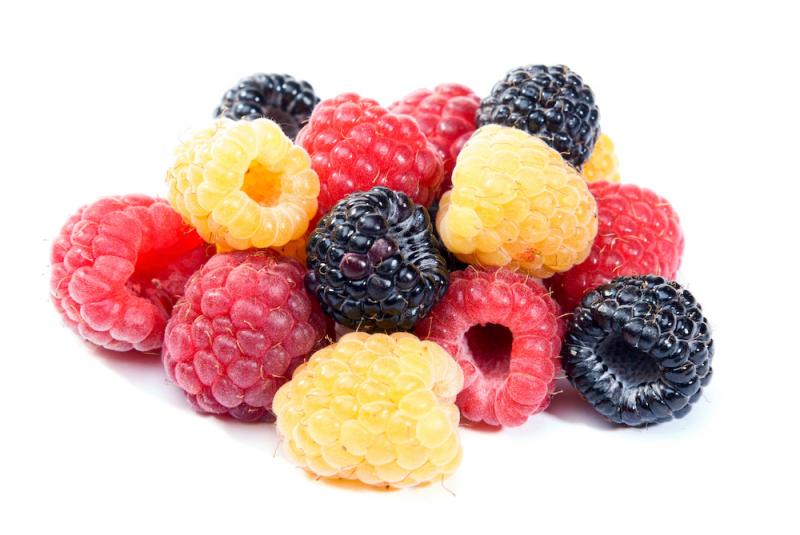 Manganese is also important for reproductive health, so this may also be part of the reason raspberry has been reported to aid fertility. Manganese also helps to deliver oxygen from the blood into the cells. Iron, in the form of hemoglobin, carries oxygen to the cells, but manganese aids the oxygen in getting into the cells for cellular energy. This suggests raspberry leaf can be a general tonic for cellular health and energy.

A final thought. I've only seen the herbal remedy as red raspberry. And as many of you know there are also white, yellow, and black (dark purple) raspberries. Which leads me to wonder, do we need to use the leaves from the species with red berries or will the others work, too? There’s so much we don’t know about our herbal remedies, which is why I like to experiment with them and encourage you to do the same. You may find uses for them that no one else has thought of, as I did when I learned of raspberry leaf's high manganese content and tried using it to help with hernias.