A Flower Essence to Help You Follow Through with Your Goals | February 1, 2022 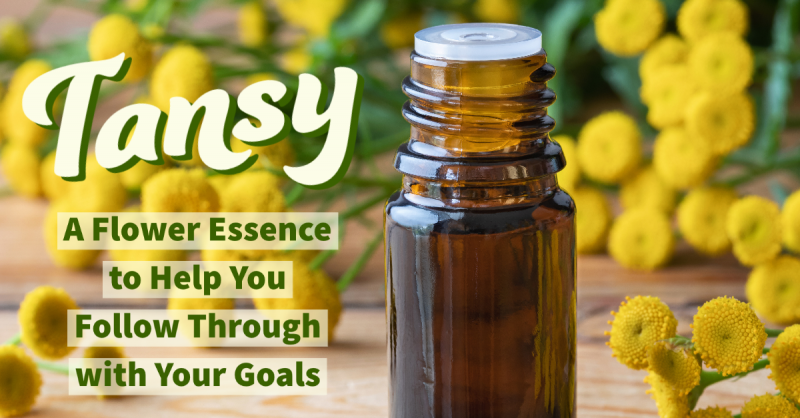 Although I'm willing to give new things a try, it takes evidence and experience for me to confidently recommend something to others. I started experimenting with flower essences in the late 1980s and although I got good results with them, at first I wasn’t sure how much of it was placebo effect and how much was actually the effect of the remedy. An experience with tansy flower essence was one of the things that convinced me that flower essences had a real effect.

Tansy (Tanacetum vulgare) has been used as an herb, but as I’ll discuss later, its potential for toxicity means it isn’t used very much anymore. As a flower essence, however, it’s completely safe.

A Remedy for Procrastination

Tansy flower essence addresses a sluggish soul energy that results in a lack of motivation to get things done. The person has a tendency to procrastinate and not follow through on their intentions. They start things but have a hard time finishing them.

According to the Flower Essence Repertory by Patricia Kaminski and Richard Katz, “Such persons have been exposed to a great deal of chaos, confusion, emotional instability, or even violence, and have learned to suppress their natural response to situations as a way of keeping peace… Tansy stimulates the self-awareness of such persons helping them contact their true strength and purpose.” The flower essence helps them become more decisive and goal-oriented, so they follow through with their intentions and finish what they started. 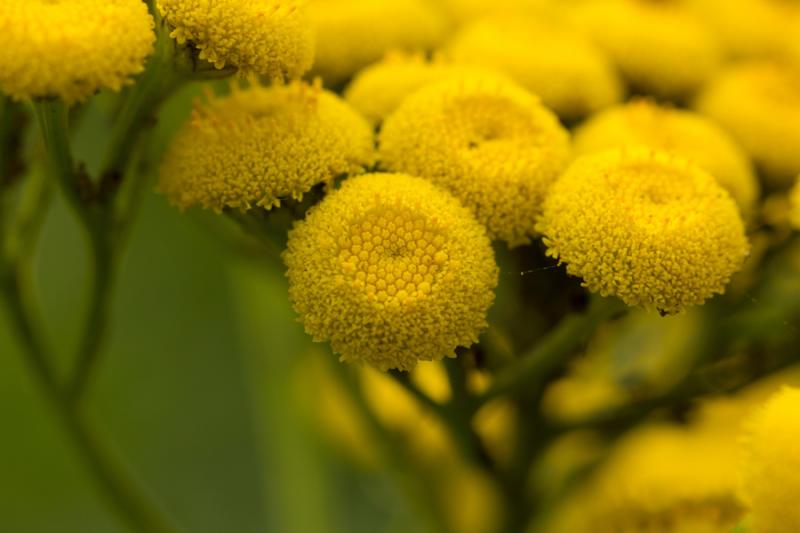 So, here’s the story. My staff decided to do some experiments with flower essences. They were blind studies, but not double-blind, as in medical research. Their methodology was to pick a subject, decide on an emotional issue they had, make them a flower essence, and give it to them without telling them what the remedy was or what it was supposed to do. They then asked the subject for feedback about their experience using the remedy.

They had consistently positive results, with people reporting changes that almost sounded like they read the description of the flower remedy in the book. But the one that impressed me the most was the one they gave to a person very close to me. This person was constantly starting projects, working on them, and then abandoning them when they were 70-80% complete.

This involved both craft projects and household tasks. So, there were many unfinished craft projects lying around. They would also sweep the floor and leave the dirt in a pile in the corner or wash most, but not all of the dishes. My staff decided to give this person tansy.

She didn’t know what it was or what it was for, but she took it as they asked. Within two weeks this person had picked up 3-4 unfinished craft projects and completed them. I was blown away, I was absolutely amazed at the change this remedy made in this person. This, and the results of my staff’s other experiments convinced me that there was an energetic action to plants that affects a person’s mind and emotions, and not just their physical body. I've grown to love trying to understand these more subtle effects of herbal remedies, in addition to their physical effects.

Tansy as an Herbal Remedy 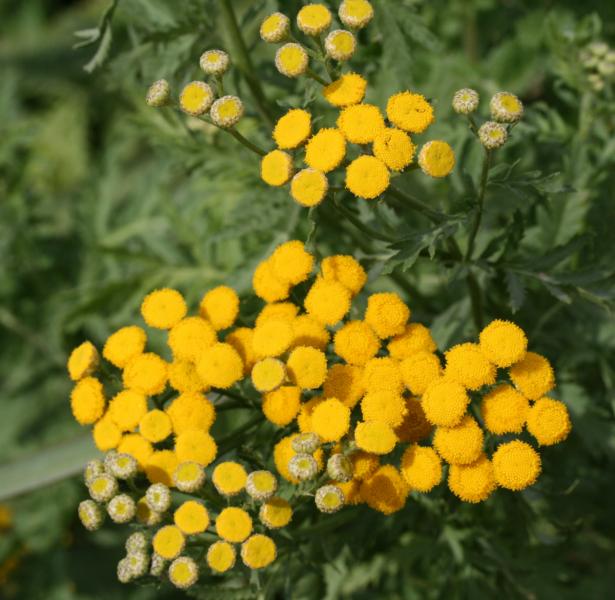 Tansy is an herbal remedy, but it needs to be used cautiously because it can be toxic. It has a potent volatile oil that has significant amounts of thujone and camphor. Thujone is found in a number of plants, including wormwood, mugwort, oregano, and arborvitae. These plants are strongly antimicrobial and antiparasitic. It is an antagonist to GABA, which means it reduces the effect of GABA in the brain, which can increase anxiety and even contribute to convulsions, as low levels of GABA are found in people who have seizures.

Camphor is found in essential oils that help to ease pain and is typically used topically. It’s not safe to ingest camphor as it can cause seizures, confusion, irritability, and other negative effects.

All this points to the fact that tansy itself is one of those botanicals that should be considered toxic for internal use. If you do use it, it should be taken in low doses and for short periods of time. For example, it can be used as part of an anti-parasitic formula. Antiparasitic formulas are generally taken for a period of two or three weeks only.

Also, many antiparasitic herbs, such tansy, wormwood, and mugwort, should not be used by pregnant women. That’s because they increase menstrual flow and can possibly cause a miscarriage.

In an emergency situation, you could also use the leaves of tansy topically to treat a skin infection. However, you shouldn’t apply it to broken skin and I’d only use it if there weren’t any safer herbs around.

Again, the flower essence is completely safe. So, if you know someone who procrastinates, has trouble following through on their intentions, or constantly starts things, but doesn’t finish them, tansy flower essence may be just the thing they need.