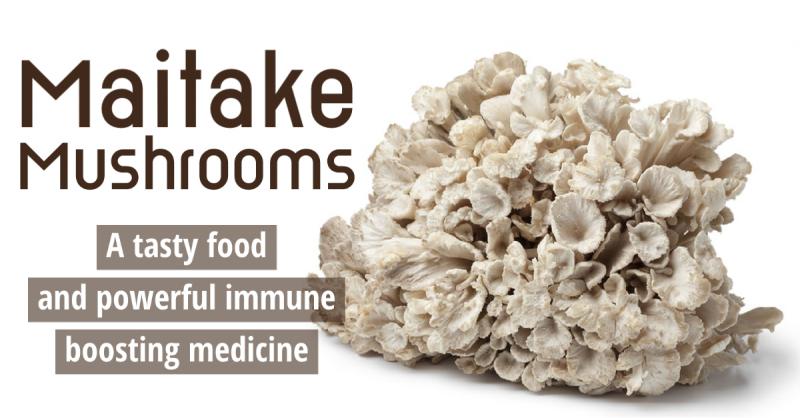 My only experience with gathering wild mushrooms has been looking for maitake in the Pennsylvania woods with my friends Dawn and Kalman Markus, who regularly looked for them every fall. These soft mushrooms are native to the Eastern United States and are typically found growing at the base of aging oaks, elms, and maple trees. The photo below shows two maitake Kalman and I found on one of those trips.

At home, Dawn would slice the mushrooms, dust them with flour, and fry them in a little butter. They were delicious. Maitake are probably the tastiest mushrooms I’ve ever eaten. They also gave me some dehydrated maitake to take home to Utah . When I added them to a soup, they came out tasting as good as chicken in the soup.

Maitake (Latin name Grifola frondosa) means “dancing mushroom.” They’re also called hen of the woods or sheep's head. To me, they look like brains. Whatever you call them, they’re one of the few mushrooms I feel I could confidently identify and gather. Unfortunately, they don’t grow where I live, so I can't harvest them myself. Though they are readily available to purchase in various forms whether in capsule or an extract or dried mushroom pieces or powder.

Maitake and the Immune System 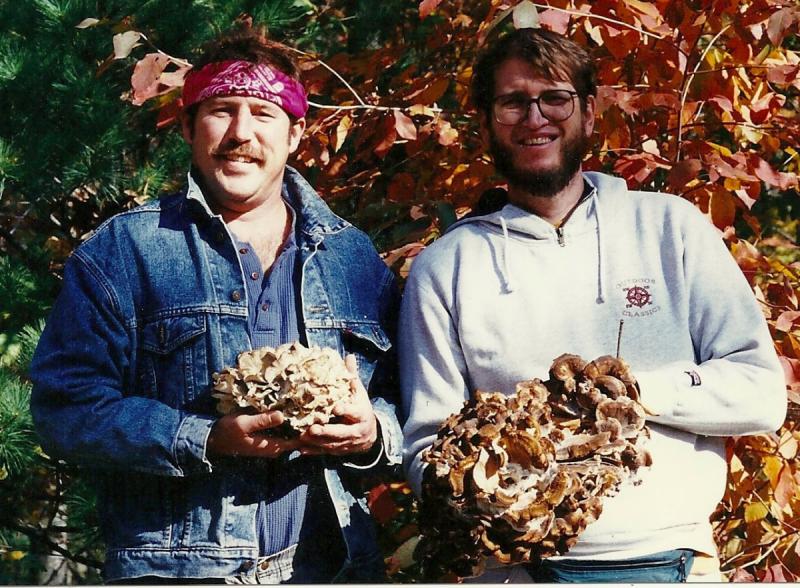 Maitake is an example of the fuzzy line between plants that can be used for food and plants that are useful medicine. They're a delicious food that’s also a powerful medicine. Although we eat them for food, maitake has been used in traditional Japanese medicine for centuries. After arousing the curiosity of Western medical researchers, extracts of maitake were studied for their effects on the immune system and various cancers.

Maitake has antitumor properties, particularly for breast, prostate, and colorectal cancer. The research suggests that maitake induces apoptosis of cancer cells and helps restrict the proliferation of blood vessels that feed tumors. It can also shorten the course of cancer chemotherapy and prevent chemotherapy side effects. In fact, one of the best uses for maitake and other similar mushrooms is not to directly destroy the cancer, but to fortify the body overall during therapy.

Fortifying the Body for Winter 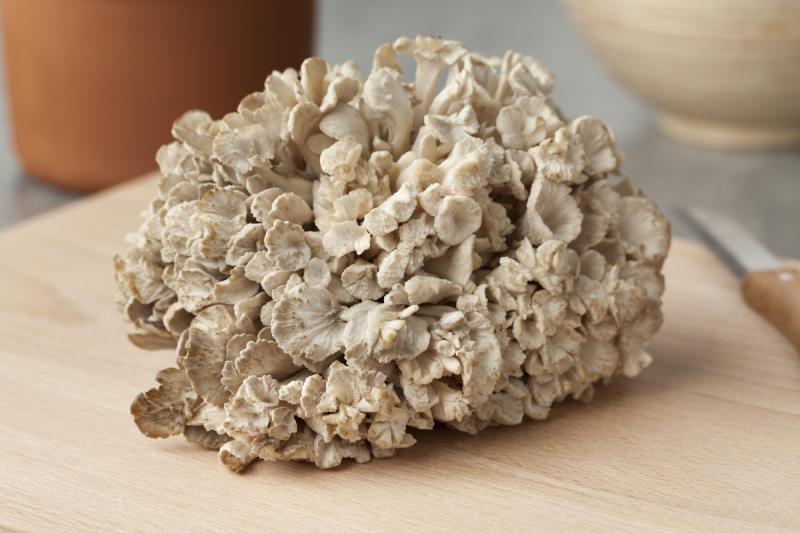 Kalman said that you could tell when it was going to be a hard winter because maitake were more plentiful before a hard winter. This might be nature’s way of supplying a natural food to fortify the immune system for a harsh winter. I believe in intelligent design in nature, so this idea resonates with me. I’ve also heard that acorns are more plentiful before a harsh winter. I believe these are some of the many ways the Creator provides when there are times of need.

Modulating the Immune System and More

Maitake has also been found to help prevent the destruction of T cells in HIV. It also has immune-modulating properties which can help to reduce allergic reactions and possibly help calm down autoimmune reactions. If using it for autoimmune problems, start slowly and gradually increase the dose. If it causes a flare-up of symptoms reduce the dose or discontinue taking it. Maitake also has antiviral properties. Other potential benefits include helping to lower blood pressure and blood sugar and improving energy in chronic fatigue syndrome.

If you live in the Eastern United States or other areas where maitake grow you may want to get an experienced mushroom hunter to help you identify maitake and go searching for it yourself in the fall. Otherwise, you can use capsules or tinctures to directly boost your immune system or buy the dried mushrooms, which can easily be added to soups for great flavor. If you use them in this way, you’re simply following the advice of Hippocrates and letting your food be your medicine.