A powerful analgesic oil for joint and muscle pain | October 18, 2022 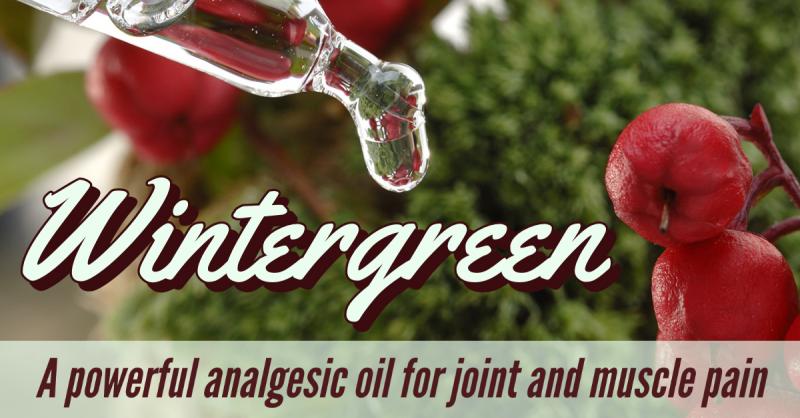 While I’m less familiar with medicinal plants that grow in the Eastern US than I am with those that grow here in Utah and the surrounding states, there is at least one eastern medicinal herb I can readily identify, wintergreen. It’s a low-growing shrub, less than six inches tall, with leathery oval leaves. It is especially easy to spot in the fall because its leaves stay green and it has bright red berries. And, if you’re not sure you have the right plant, smell it. If you’ve ever smelled wintergreen gum or mints, or used the essential oil, you’ll readily recognize that wintergreen aroma. Your nose is a great tool to help you identify plants. 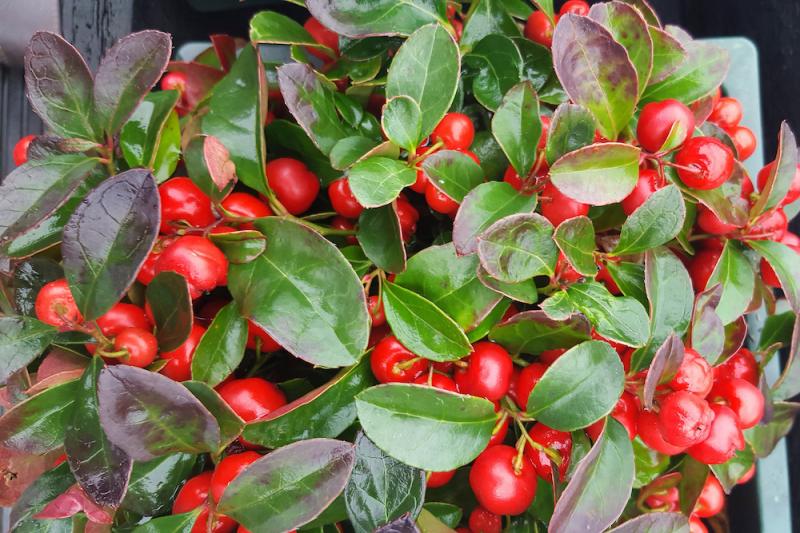 Also known as eastern teaberry, checkerberry, and American wintergreen, Gaultheria procumbens, is known as wintergreen because its leaves stay green in the winter. It was also the first plant in which a compound known as methyl salicylate was found. This is a form of salicylic acid (nature’s aspirin) that is volatile, which means it is readily absorbed through the skin, reducing local inflammation and pain. As a result, wintergreen essential oil is primarily used as a topical analgesic to reduce pain in muscles and joints.

Wintergreen is frequently combined with other analgesic oils like camphor, clove, eucalyptus, and lavender to in topical analgesic oil blends. These blends are applied neat or diluted in a carrier oil and massaged into the skin to ease arthritic pain, muscle pain, neck pain, back pain, and headaches.

Tips for Healing with Topical Analgesics

When I mentored with Dr. C. Samuel West, he claimed that if you can make the pain go away by massaging the area, you can get it to heal. The secret he claimed was not waiting until the pain returned. You needed to create a regular schedule of massage that prevented the chronic inflammation from re-asserting itself. So, he said, if the pain comes back after four hours, then massage every three hours.

I tried this on an injured knee that was giving me problems and in one month the knee was fine. I find that using essential oils, such as wintergreen, as part of the process makes it work even faster. The essential oils don’t just numb the pain, they also stimulate the flow of blood and lymph to aid tissue healing. Plus, they increase the energy of the tissues, which also promotes healing. 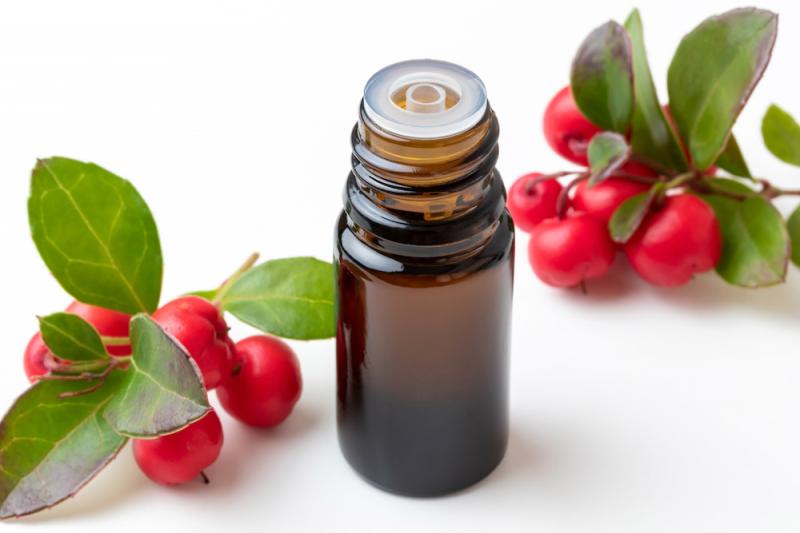 Wintergreen essential oil has a minty, sharp, and slightly sweet aroma. I classify it as ethereal and refreshing because it opens up the mind and the senses. It also opens the heart and stimulates creative right-brain activity. I love wintergreen mints or gum (also called teaberry flavor) because I find them mentally and emotionally invigorating.

The essential oil of wintergreen should not be used internally. It can be toxic. Also, it has a blood thinning effect, so even with topical use, you should use caution when using blood thinners. Also, excess use of wintergreen oil topically can increase blood pressure and heart rate. Which is why, I think it’s best to use it as part of a blend.

Although the oil is what is most commonly used in commercial herbalism, the leaves and berries were also used traditionally. The leaves can be made into a tea and consumed for fever, sore throat, and other ailments. The leaves were used as a substitute for tea during the revolutionary war. Edward Shook also used wintergreen leaves to make a salve which can be applied topically like wintergreen oil.

And while, the berries are considered edible, I wouldn't eat them in large quantities because of their content of methyl salicylate.