The Seven Mountain Mandate is only available to members of Steven Horne's Member program. 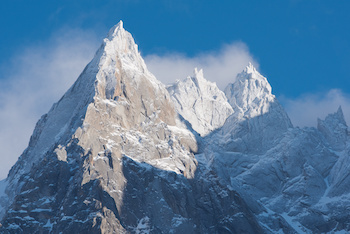 As I became aware of how incorrect societies thinking was about health, attacking symptoms instead of dealing with root causes, I started to realize that there must be other aspects of society where we've been completely misled. I had already realized that our educational system was totally messed up because of an experimental class in learning and teaching I took in college. I had also started to understand the basis of American constitutional law and realized how far we had strayed from this.

I began to wonder if we didn't need to transform and heal every aspect of our society and culture. I had a newfound appreciation for the lyrics in Paul Simon's song, Kodachrome, "when I look back on all the crap I learned in high school, it's a wonder I can think at all."

Last year, I was very excited to learn about a revelation two different ministers received on the same day about the seven mountains of influence in society. Each was told to contact the other and when they got together, they were surprised that they had both been given the same message. This was over 30 years ago, but it's very applicable today, and totally in alignment with my thinking about the need we have to heal society as a whole.

The seven mountains that influence people's lives are religion, family, education, government, media and the arts, science, and technology and business. Our modern world has problems in every one of these areas which need to be addressed and healed if we are going to heal society on a broader scale.

In this webinar, I'll share with you some of the ideas from the Seven Mountain Mandate, along with some of my own ideas about areas where society needs to be healed and transformed. The Holistic Perspective webinar series is a platform where I am able to present this broader vision of healing and this webinar will explain why this topic is so important to me. So, please join me while I discuss healing in the broadest sense of the word.

Since 1986, Steven Horne, has been doing emotional healing work as part of his efforts to help others. In the Holistic Perspective webinars, he will be sharing his insights into how to help people heal…