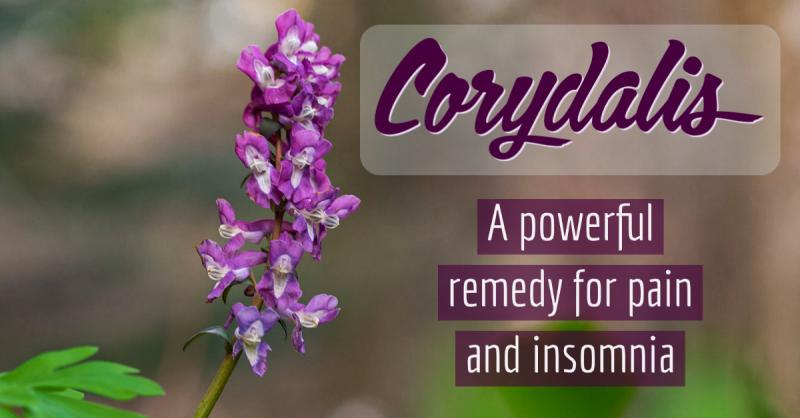 I was introduced to corydalis when I created a class on Chinese herbal medicine with my friend and fellow past president of the American Herbalists Guild, K.P. Khalsa. Corydalis was one of the herbs I wasn't familiar with until K.P. provided information about it for the class manual.

At the time I was having some serious problems sleeping due to some incredibly stressful events I’d been through. I don’t know if any of you have reached a point in your life where you feel mentally and emotionally exhausted, but if you have, you know it is miserable. I was tired during the day, but couldn’t sleep soundly at night. It felt like torture to drop to sleep exhausted only to wake up a few hours later unable to go back to sleep.

Corydalis was one of the remedies that helped me get the sleep I needed so I’d be rested enough to handle the stresses of the day. Although it’s a useful sedative, it’s not used for this purpose in traditional Chinese medicine (TCM) because it isn’t working on the underlying causes of insomnia. In TCM, using an herb like corydalis for improving sleep is considered inferior medicine. Superior medicine is using herbs that act as tonics to resolve underlying causes of health problems like insomnia to restore the body to a balanced state.

In the West, we tend to think that a fast-acting, symptom-relieving medicine is superior to a slower-acting remedy that helps to improve overall health. In TCM, it’s the other way around. I'm thankful I was able to use corydalis to help restore my sleep because it helped me while I worked on other things to resolve the underlying causes so I was eventually able to stop taking it. Sometimes a little inferior medicine can be used to ease a person's suffering while you use the superior medicines to affect permanent recovery. 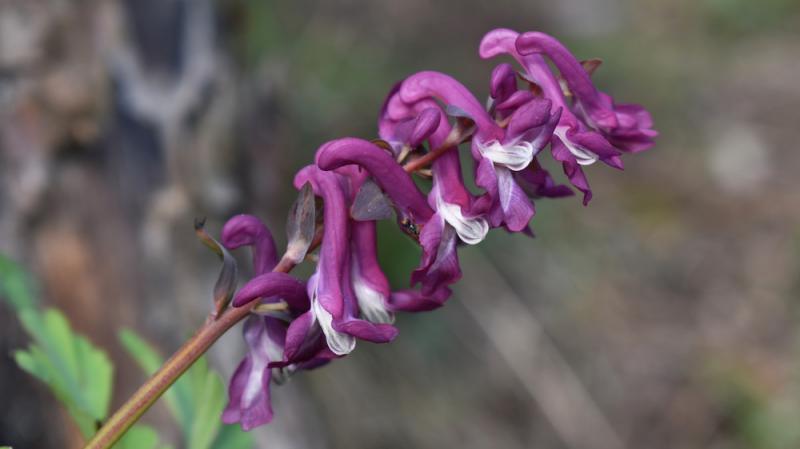 In TCM, corydalis is used mostly to relieve pain. A member of the poppy family, it contains a variety of alkaloids, some of which bind to opioid (endorphin) receptors in the brain. It has about 1-2% of the analgesic effect of opium poppy but has a broader base of action. It is antispasmodic, lowers the pain-sensing threshold, and acts as a mild central nervous system depressant. But, it’s more than just a sedative and analgesic.

In TCM, pain is seen as a sign of stagnation. When there is pain, it means something is stuck; the flow of blood, lymph, or energy (qi) is impaired. Corydalis is bitter and mildly pungent and invigorates (or moves) the blood, helping it to flow better. It also moves stuck qi. Thus, it is promoting healing, not just easing pain.

I’ve long held to the idea that if someone wants to wean someone off an addictive substance, finding a natural remedy that has a similar, but weaker action is a helpful approach. That’s how I came to use corydalis to help wean someone off of opioid medications. I had a client who was taking opioids for chronic pain and wanted to get off of them. A lot of her pain was rooted in emotional stress, which I was helping her to deal with, but we also needed something to ease her suffering while we worked on the deeper causes of her pain.

So, I suggested she start using corydalis and very gradually reduce her intake of the opioid medication. We did this over a period of about six months, during which time she went through about four eight-ounce bottles of corydalis tincture. We were eventually successful in weaning her off of all pain medication. And since then, corydalis has become an herb I like to use for serious chronic pain as an alternative to opioids (while working on healing the underlying causes at the same time, of course). 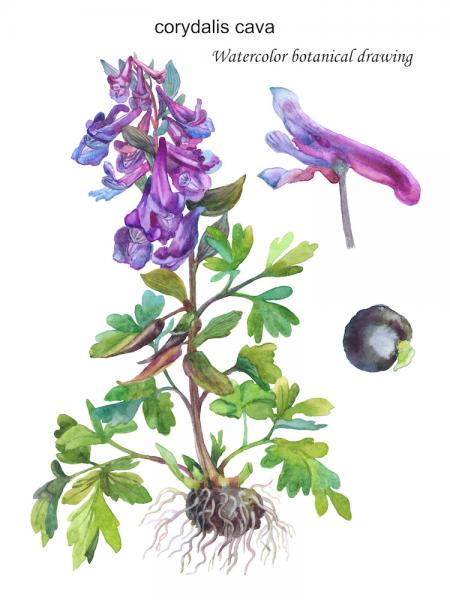 There are many members of the Corydalis genus, which grow in Asia and Africa. Known in China as Yan Hu Suo, there are several species of corydalis used in TCM, C. cava, C. yanhusuo, and C. ambugia. The species found in the tincture I've used is C. yanhusuo. Although, all the pictures in this article are all of C. cava,

In TCM, all of the above species are used for treating injuries, body aches, headaches, dysmenorrhea (painful periods), headaches, and abdominal pain. It is also used to aid sleep that is being disrupted because of pain. It’s also been used for pain in the upper stomach caused by ulcers. In fact, it appears to aid the healing of stomach ulcers.

Corydalis works well as a tea. You can make a strong infusion or mild decoction using one ounce of dry herb to a pint of water. You can sip it throughout the day for stress or drink some of it before bed to aid sleep. I tried this but found the taste too bitter for me (and I’m pretty good at taking bitter things). So, I used the tincture when I was using it to help me get the sleep I needed.

These days, I prefer to make sleep formulas, rather than using corydalis as a single. I’ll mix it with other, more mild sedatives like California poppy, skullcap, motherwort, and lobelia. It’s also found in a number of formulas for relieving pain where it is combined with herbs like willow bark, turmeric, Boswellia, and Jamaican dogwood.

Even though TCM considers it an inferior, symptom-relieving approach, there is nothing wrong with using an herb like corydalis to ease someone’s suffering while you work on more lasting relief. So, if you know someone who needs help with pain or insomnia and isn’t getting the relief they need from milder-acting herbs, try adding corydalis. It’s a very useful remedy to know.