Get Ahead of Stress and Exhaustion with Skullcap

Skullcap is a powerful sedative, antispasmodic and nerve tonic - March 2, 2021 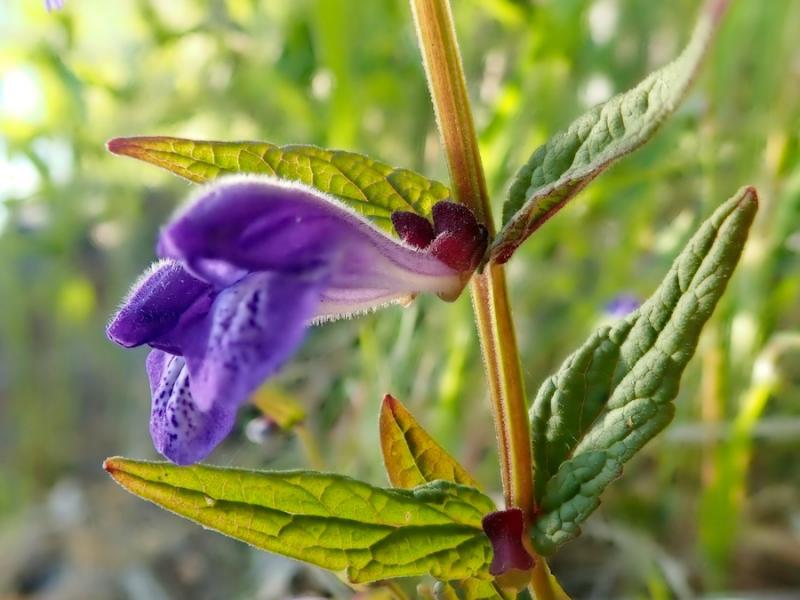 When I started documenting commercial herb formulas in the early 1990s, one of the most popular combinations was the sleep formula containing hops, valerian, and skullcap. About ten different companies made it (sometimes with other ingredients, but always with these three). The formula that I used was called HVS, the first letters of the three herbs.

Later the skullcap was replaced with passionflower because harvests of skullcap are easily contaminated with germander, an hepatotoxic plant that often grows next to skullcap. The company simply had no test to ensure there was no germander in their skullcap. This is still a concern, so make sure you get skullcap from reputable sources.

Unfortunately after removing skullcap the formula was never as effective at aiding sleep. Even though passionflower helps with sleep, it's just not as strong of a sedative.

I learned how powerful a sedative skullcap was when I was operating a small business producing glycerin-based extracts. The staff told me that when they were making the skullcap extract the person who did the pressing had to have a designated driver after handling the pressing of the skullcap glycerite. Having their hands covered with the liquid after squeezing the liquid from the herb material would make them too sleepy to safely drive home. It was the only herb that had that effect.

Modern research shows it contains compounds that affect GABA receptor sites in the brain. GABA is a calming neurotransmitter that prevents the brain from over-firing. Thus, it helps to calm down brain activity.

I almost always use skullcap in custom formulas I mix to help people sleep. I combine it with a variety of other herbs, depending on the specific issues someone has. These include the hops and valerian previously mentioned, but more often I use motherwort, ashwagandha, and corydalis in sleep formulas. 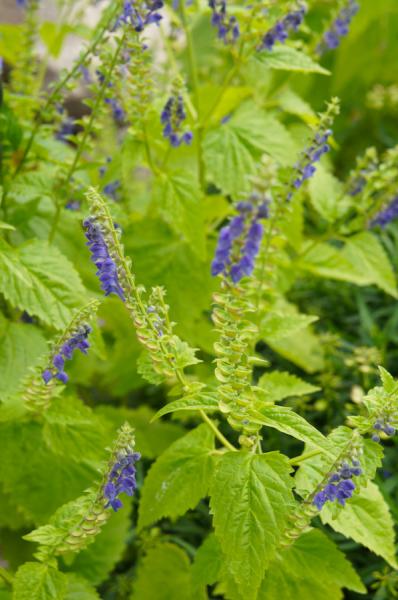 A member of the mint family, skullcap is also a nerve tonic and antispasmodic. It was used by 19th-century herbalists for hysteria, epilepsy, convulsions, schizophrenia and even rabies, which earned it the common name of mad dog skullcap. It has also been used for tremors, tics, spasms, palsy, and headaches. As an antispasmodic, it is helpful for easing pain caused by muscle tension.

Scullcap is a bitter, which gives it a cooling energy. Its cooling nature means it is indicated where the nervous system is hot, meaning it is hyper-stimulated. It is where the person's nerves feel frazzled or frayed and they are excessively nervous and fearful. They snap or flip out over small things and may feel like they’re “at the end of their rope.”

As Thomas Easley wrote in the Advanced Herbal Training program we did a few years ago, skullcap works well “when people feel as if every sound, touch and bit of light is personally attacking them.” This oversensitivity is something that happens to people in the exhaustion stage of the stress response. I’ve called this state adrenal burnout. It's also called and hypervigilance, which suggests the nervous system is always on high alert looking out for danger or problems. In old herb books, they canned it enervation.

The person in this state needs rest, but they often can’t relax enough to get to sleep and sleep restlessly when they do sleep. They twitch or toss and turn at night. David Winston recommends mixing it with chamomile, lemon balm, milky oat, and St. John’s wort for this state of nervous exhaustion. He also recommends this blend for mild cases of obsessive-compulsive disorder.

Other Uses for Skullcap 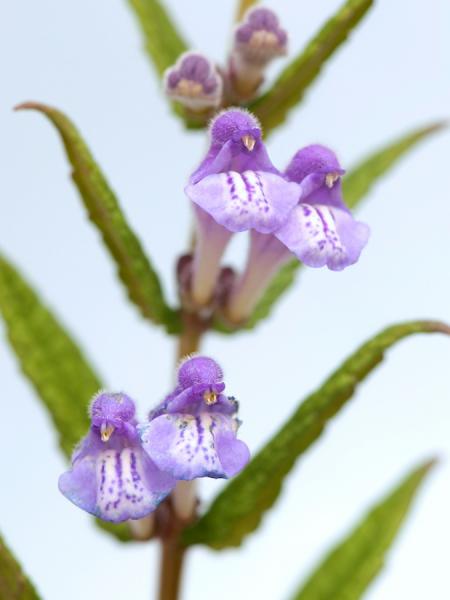 There are some other useful indications for skullcap. It’s useful for people who have a dull headache in at the front or at the base of the skull that makes it difficult for them to pay attention. It can also be used to reduce tremors in Parkinson’s and restless leg syndrome. It can also be helpful for back pain or muscle spasms and can be added to antispasmodic formulas containing herbs like lobelia and black cohosh.

The dried plant material is not as potent as the fresh plant, so ideally you want a tincture made from the fresh plant, or capsules made with the freeze-dried fresh plant. However, I’ve had success with making a potent glycerite from the dried plant. The most commonly used species Scutellaria lateriflora doesn't do as well when dried. S. galericulata is reported to be more stable in dried form.

The root of another species S. baicalensis is used in traditional Chinese medicine, but not as a nervine. Known as baical skullcap or acute root, it is an anti-inflammatory and diuretic used to aid the liver and clear up the skin.

So, if life is making you feel stressed to the point of feeling on edge and unable to sleep, try a skullcap. Think of it as a better choice for a nightcap for helping you unwind at the end of the day.