Lily of the Valley

A powerful tonic for a weak heart and a drawing agent for slivers and pus | February 23, 2021 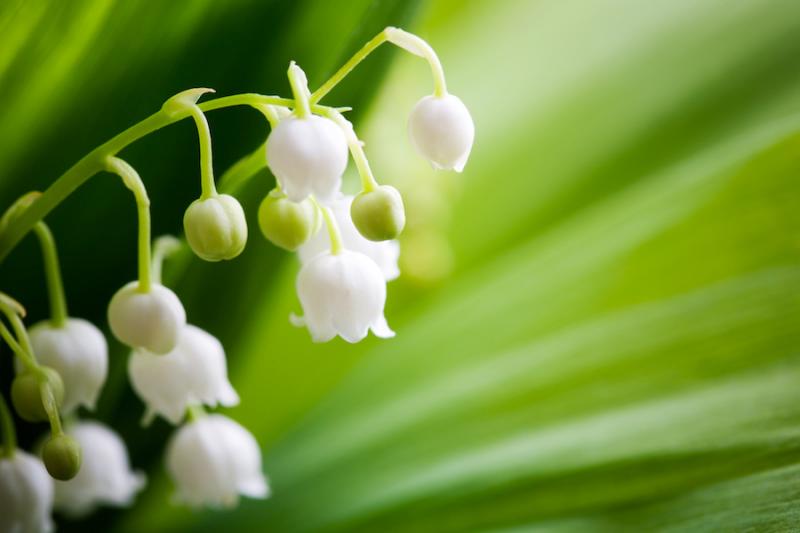 While almost all commercially available herbs are extremely safe and you can freely experiment with them, there are some that can be toxic when misused. I'd like to talk about one such remedy that I've safely used for serious cardiac problems for years—lily of the valley.

A Remedy for Slivers

Lily of the valley is potentially toxic when ingested. But, it is safe to use topically, which is the first way I made use of it. In the early 1980s, I was making my living helping my father and uncles who were painting contractors. I was sanding a window ledge and got a huge sliver that went into my finger at a 45-degree angle and broke off below the surface of the skin.

I didn’t have anything I could dig it out with so I did my best to ignore it even though really hurt. But, I was lucky to spy some lily of the valley in a garden bed a short while later. I had read that lily of the valley would draw out slivers, so I decided to give it a try. I crushed some of the leaf, applied it over the sliver and covered it with a Band-Aid.

About an hour later, the Band-Aid slipped off and I noted that the skin where I had applied the lily of the valley leaf had turned white. I touched it and the sliver came out without any difficulty. I’ve recommended this to others since then and it works every time. So, lily of the valley is a safe and effective remedy for drawing slivers and also for pulling pus out of infected wounds. 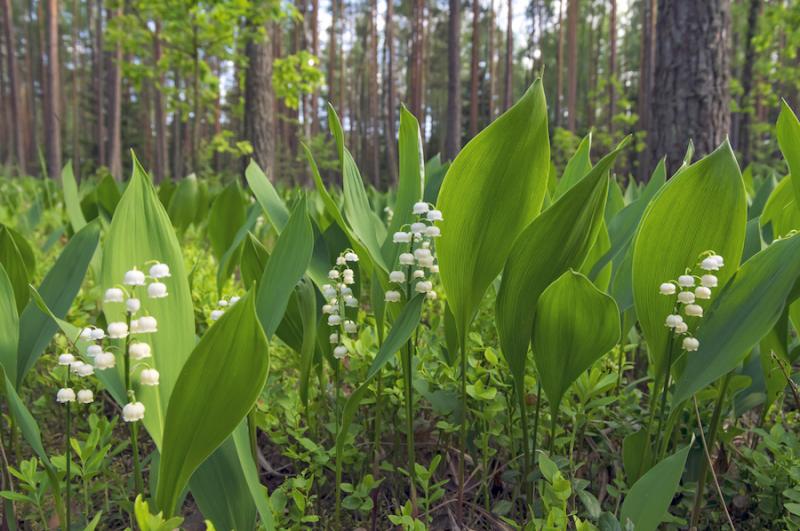 Internally, lily of the valley is primarily used as a tonic to the heart. The root is used here as it is the most potent, but the leaves and flowers can be used as well. The plant contains cardiac glycosides which stimulate the heartbeat when the heart is weak or irritable. Its action resembles that of the phytochemical digitalis, which comes from another toxic botanical, foxglove. Digitalis is used in modern medicine for congestive heart failure and atrial fibrillation.

There are other plants that contain cardiac glycosides besides foxglove and nearly all of them are potentially toxic. Of all of them, I think lily of the valley is the safest and I’ve used it for many years without observing any ill effects.

Not only is lily of the valley safer than digitalis, it can be used for a wider range of heart problems, including angina, endocarditis, mitral insufficiency, valvular heart disease, heart palpitation and arrhythmia. It has also been used immediately following a stroke. Edward Shook believed it helped to dissolve the blood clots, but I haven’t found any hard evidence for this, nor do I have any experience with using it following a stroke.

A safe dose is 1-10 drops of the tincture 1-3 times per day. I don’t ever use lily of the valley by itself, however. Instead, I use it in formulas which I believe makes it safer and also makes it less likely that people will take too much. I’ve read that hawthorn potentizes the effect of digitalis, and I believe it does the same for lily of the valley, meaning that if you mix lily of the valley with hawthorn you can get a good effect at a lower dose. So, in making a custom heart remedy I usually start with 2 parts hawthorn tincture and 1 part lily of the valley. I like to use a hawthorn blend that contains the flowers, fruit and leaves, but I’ve also used the tincture of just the fruits.

The rest of the ingredients depend on the specific heart issues involved. If a person has rapid heart rate or arrhythmia I’ll usually add 1-2 parts of motherwort. If they have problems with their heart valves I add 1 part night-blooming cereus. If there is fluid retention I add one part each of goldenrod and nettle leaf or nettle blend (which contains the leaf, root and seed). If there is high blood pressure I add 1 part lobelia and sometimes 1 part mistletoe if the blood pressure is really high.

By using lily of the valley mixed with other, nontoxic herbs, I can have people take a dose of about 20-30 drops several times per day with minimal risk of toxic effects. Plus, the other herbs work synergistically to promote an overall improvement in heart function and circulation.

Anytime you use a potentially toxic remedy you need to know the warning signs that a person is taking too much. Since lily of the valley overstimulates the heart it can cause hypertension, arrhythmia and restlessness. The plant can also cause nausea, vomiting and trembling. If a person exhibits any of these effects they should stop taking it until any ill effects subside and then possibly try it again at half the previous dose. These symptoms would show up long before you’d approach a dose that could cause circulatory collapse or death. The way I use it, I’ve never even seen any of these side effects.

Lily of the Valley Flowers 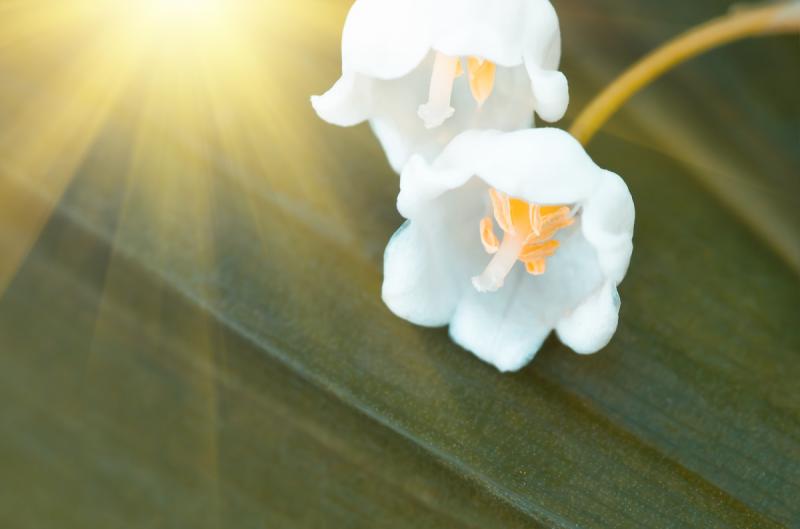 There are also some non-toxic uses for the flowers. A decoction of the flowers has been used as an eyewash for eye infections and could also be used topically on the skin.

You can also get a lily of the valley perfume blend from Attar Bazaar which can be used as an emotional remedy for the heart, like rose essential oil. The scent of lily of the valley helps a person heal from deep-seated emotional pain and grief. It comforts and opens the heart in people who have been hardened by life and helps them rediscover joy and happiness. It aids healing from heart disease that is rooted in emotional pain.

Lily of the valley perfume oil is also an excellent remedy for the elderly. It helps one recall pleasant memories, especially from childhood and enhances a youthful, light-hearted energy.

Lily of the valley is a very potent cardiac remedy, but it should be used with care. If you do use it make sure to pay attention to all warning signs. And, remember that there are many other cardiac herbs that are very safe that you can try if you don't feel comfortable using this mildly toxic botanical.