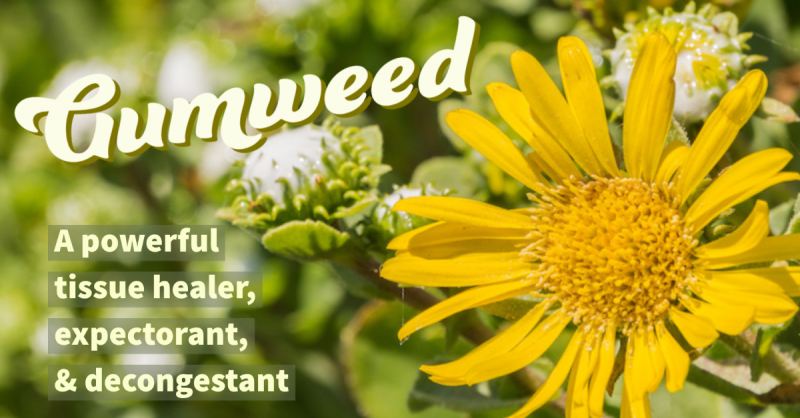 Even though I've sold commercial herb products and started three businesses making and selling herb formulas I've never worried about teaching people about medicinal plants they can grow or harvest from the wild.

The fact is most people lead very busy lives and it takes precious time to wildcraft herbs and make your own herbal remedies. Even though I know that I could I can make my own remedies it’s much easier to buy them from a reputable manufacturer. But I also find it comforting to know that there are medicinal plants that I can gather and prepare if I need to. This is why I want to talk about a useful weed that grows all over Utah, including in my own yard.

Gumweed (Latin genus Grindelia) is an aromatic, resinous, and bitter herb. I use it primarily as a respiratory remedy and topically for insect bites and injuries, but it also has other valuable properties.

Treating a Bee Sting with Gumweed 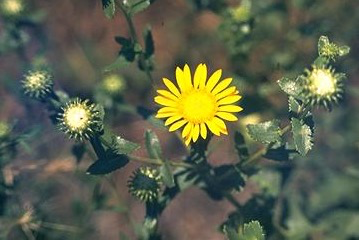 One of my favorite stories about gumweed occurred over thirty years ago. I was pulling out of my driveway to go to work and glanced over to see a group of neighborhood kids gathered around a crying child sitting on the front porch of my neighbor’s home. I rolled down the window and asked, “What happened?”

One of the kids replied, “He got stung by a bee on his foot.”

I stopped the car, jumped out, and started a brisk trot towards the kid, glancing around for a plant that would help. I spotted some gumweed on the edge of the property, and reached down to scoop up a couple of leaves, hardly breaking my step. I crushed them with my front teeth to release the plant’s juices as I moved forward.

When I reached the child, I took the wad of crushed leaves, placed it on the sting, and told the kid to hold it there. I then trotted back to the car, as I needed to get to work. As I finished pulling out of my driveway and turned to head down the street, I called out, “How is it?”

He shouted back, “It doesn’t hurt anymore.” It had been less than one minute since we applied my fresh poultice, demonstrating how quickly gumweed took down the swelling and eased the pain.

According to Southwest herbalist Michael Moore, gumweed is just as good as calendula when it comes to healing cuts and other injuries to the tissues. It reduces inflammation, speeds healing, and even has some antimicrobial action. It’s also been used for poison ivy. 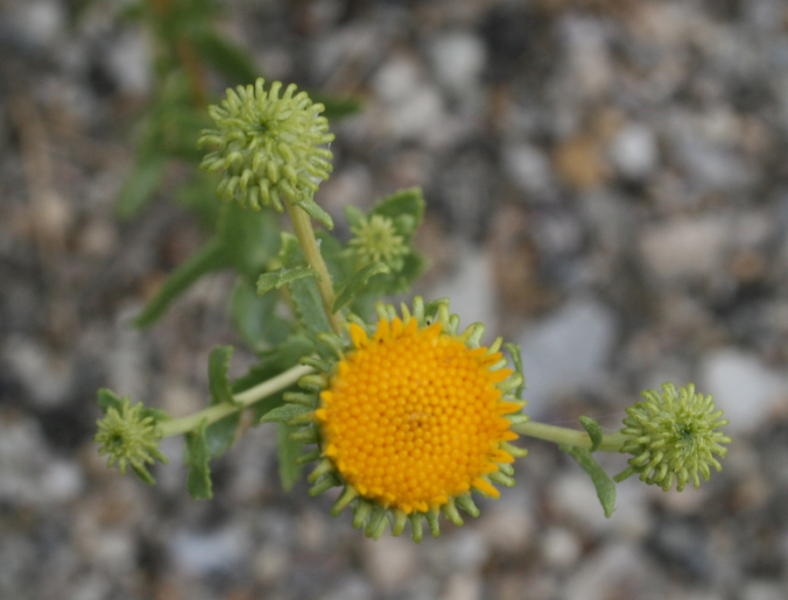 I don’t remember who taught me about using gumweed and plantain together for serious respiratory congestion, but I’ve had great success with this mixture in helping pull up mucus and relieve congestion from the lungs. It’s a very helpful remedy for a dry, hacking, and non-productive cough, helping to loosen the phlegm and bring it up. In fact, I just gave some of this mixture to some neighbors who recently had COVID and were experiencing lingering coughing. They both reported they felt better shortly after they started taking it.

Michael Moore also recommends using gumweed with yerba santa, which is also a resinous plant with an affinity for the lungs. I also think both these plants would be a good replacement for white pine bark in Herbal Composition powder or cough remedies as pine bark is increasingly hard to find.

Some other uses for gumweed, which I haven’t personally tried, including using it to treat urinary tract infections, malaria, and sleep apnea. Matthew Wood quotes Rolla Thomas as saying it’s also good for pain in the liver and spleen areas under the ribcage and as a remedy for an enlarged spleen. 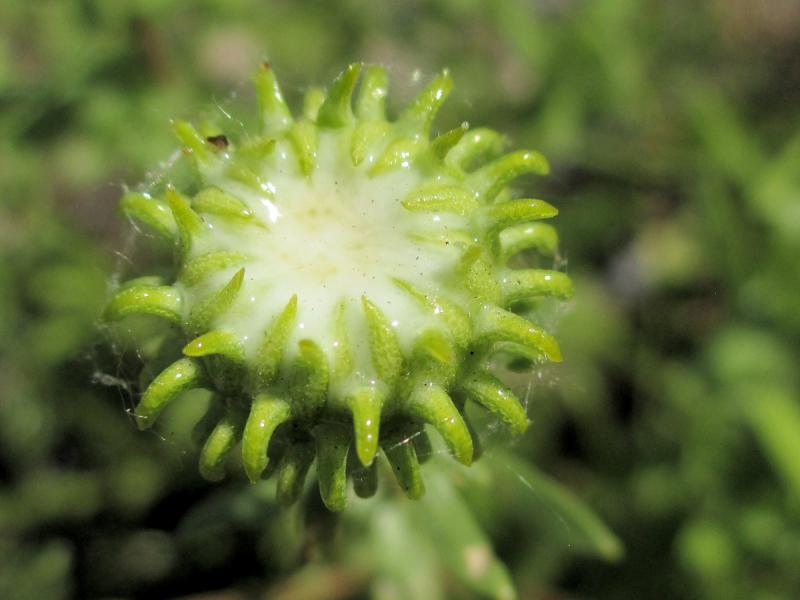 Being a resinous plant, gumweed does not work as well as a tea. It’s better to tincture it, as alcohol works best for resinous substances. I’ve made a tincture from it by gathering the flower buds just before, or right after, they open (at the stage shown in the picture above). I look for the buds covered with sticky resin (as shown right). I then put these flower buds and flowers into my VitaMix blender and add a little bit of EverClear (190 proof grain alcohol) and take them for a spin. I then let the blended mixture sit for a couple of weeks before straining it.;

You could also extract the resinous flower heads in oil to make an herbal salve from them for various skin problems. Just put the dried flower buds into a crockpot and cover them with olive oil. It’s best to use the dried flower heads (and/or leaves) so you won’t get water into the salve, which makes it go bad rapidly. Turn the heat on low and let them extract for 24 hours. Strain the mixture and then harden it with beeswax. (Modern Herbal Dispensatory has directions on making salves.)

If you don’t have time to gather and prepare your own gumweed you can buy the tincture or one of the many commercial cough remedies that use it as an ingredient. However, if you learn to identify the plant yourself, you can always grab some leaves for the bee sting or other minor injury, or make the tincture as a remedy for dry coughs, bronchitis, and other lung problems if commercial products became unavailable.