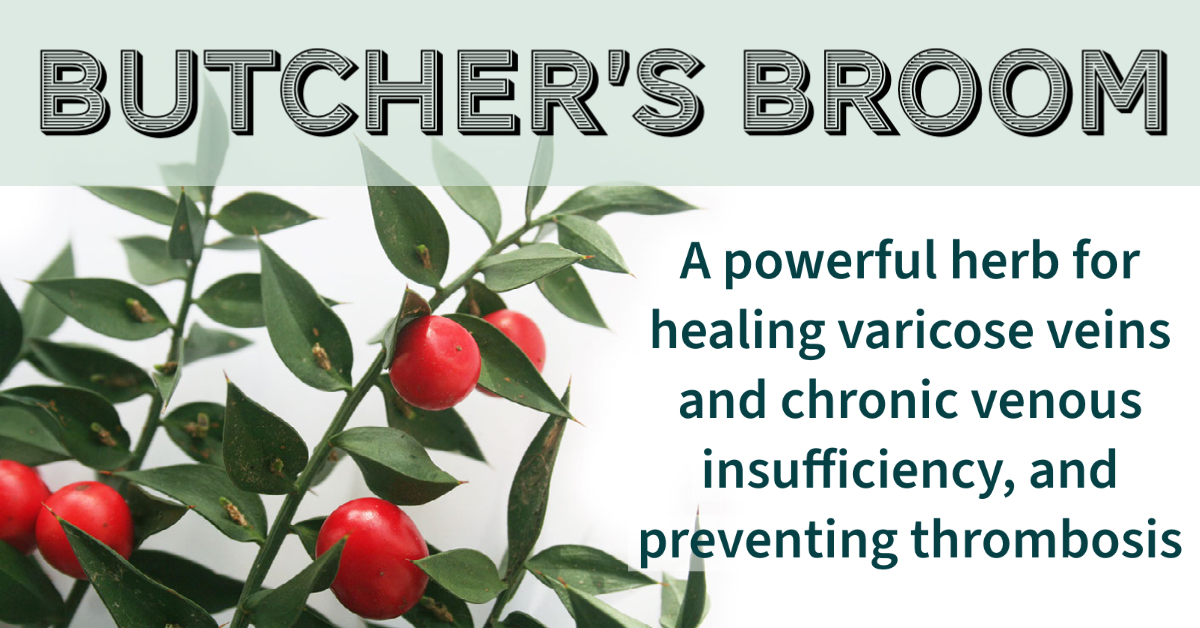 I got my mother to start taking butcher's broom in the 1980s after learning that it was a tonic for helping to heal varicose veins. She had bad varicose veins and I hoped a combination of butcher's broom and taking an Oral Chelation formula (which I talk about in Strategies for Health) would help. This combination relieved my mother’s severe vein problem in a couple of months, so I started recommending this program to other people who obtained similar results.

I actually first learned about butcher's broom when I read about research in Europe that had shown it was useful for preventing postoperative thrombosis. So, I also started using a combination of butcher’s broom and vitamin E as a natural blood-thinner for preventing thrombosis. This is an alternative to blood-thinning medications and it should not be taken when someone is already taking blood-thinning medications. I’ve seen many people benefit from using butcher’s broom as a natural blood-thinner. 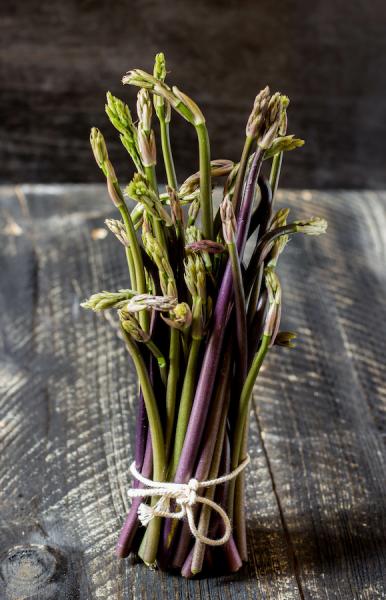 Butcher’s broom is a member of the lily family that grows in Europe and North Africa. It has tough green, barkless stems, which send out many short branches with rigid leaves. Butcher’s broom got its name because the branches can be fashioned into a broom, and these brooms were used to clean butcher’s blocks. It is reported to be effective at removing grease.

In the Middle Ages, this small evergreen shrub was eaten as food. The young shoots were cooked like asparagus and people grew the plant for its sprouts. The large scarlet berries remain through the winter and are often used like holly for decorations.

Butcher’s broom acts as a diuretic to remove excess fluid from the body. It contains compounds that lower cholesterol levels, inhibit thrombosis, reduce inflammation, and tone up the vascular system. Thus, it can help prevent atherosclerosis and aid people with chronic venous insufficiency (CVI).

Varicose veins are just one indication of CVI. This circulatory problem occurs when vascular damage impedes the body’s ability to move blood from the legs toward the heart. This causes blood to pool in the legs, where it can cause swelling, pain, and, in some cases, edema. Other indications of CVI include easy bruising, swelling in the legs, heaviness in the legs, and potential ulceration. There may also be palpable nodules due to fibrin accumulation and pressure, and congestion in the abdominal, prostatic, and uterine regions. CVI may be an underlying issue in hemorrhoids, uterine fibroids in women, and prostate problems in men. It is also related to liver stagnation.

Butcher’s broom is an excellent remedy for CVI. In addition to helping shrink the varicose veins, it can help reduce pain and swelling in the legs, prevent and heal hemorrhoids, and even aid circulation in the liver. It’s often combined with horse chestnut and the combination of these two herbs is very helpful for CVI and its related conditions.

Recently, I moved both my home and my office to Cedar City. Essentially, I moved twice in three weeks. My legs swelled and ached so bad after all the physical work that it interfered with sleep. I started on a formula with butcher’s broom and horse chestnut and it rapidly reduced the swelling and pain. I’ve continued on the formula and it’s making it much easier to walk longer distances in my evening strolls with my spouse. So, I can personally attest to the value of both of these herbs.

Other Uses for Butcher’s Broom 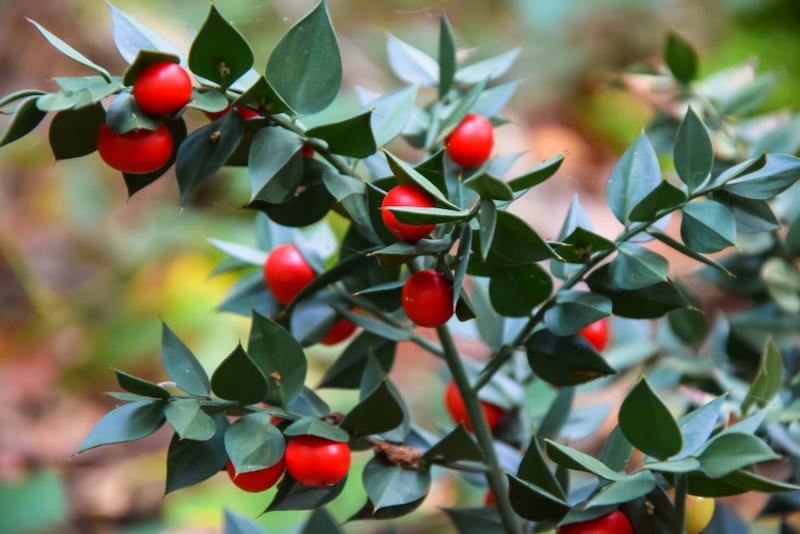 Butcher’s broom has also traditionally been used as a remedy for healing bones and joints. Poultices from the berries and leaves were used on broken bones and damaged joints. It is reported to help joints that are out of place as well as arthritic joints.

Since it acts as a diuretic, butcher’s broom was also traditionally used for urinary problems and lymphatic swelling. According to Mark Pederson’s research found in Nutritional Herbology, butcher’s broom is very high in chromium, a mineral that helps regulate blood sugar; silicon, a mineral that helps tone up the body’s tissues giving them flexible strength; and iron. It also has a high content of manganese, niacin, and zinc.

So, if you have varicose veins or other indications for CVI, I highly recommend butcher’s broom, either alone or as part of a Vein Tonic Formula. These blends typically combine butcher’s broom with horse chestnut and other herbs such as ginkgo, gotu kola, and Collinsonia. A Vein Tonic Formula may also contain nutrients like vitamin C, bioflavonoids, and rutin. It also helps to eat one cup of blue or black-colored berries (such as blueberries, blackberries, or purple grapes) daily.

If you want to use butcher’s broom as a blood thinner, I recommend 2 capsules of butcher’s broom twice daily with 400-800 IU of vitamin E. You can also add other herbs that reduce the risk of thrombosis, like alfalfa, ginkgo, or melilot.