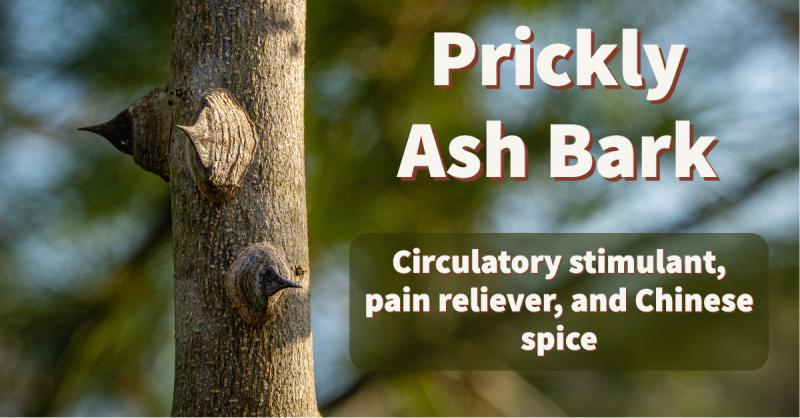 Good circulation is vital to the health of every part of the body. No organ or tissue can heal without it. This is why capsicum or cayenne pepper became such a popular remedy with many Western herbalists. By equalizing circulation throughout the system it helps the body heal from many different problems. Not everyone can tolerate the spicy hot taste of capsicum, even in capsule form, which is why I’m glad there’s another less well-known, but equally great herb for improving circulation, prickly ash bark.

There are, of course, differences in the actions of capsicum and prickly ash bark. While capsicum increases circulation overall, prickly ash is better at specifically increasing peripheral circulation. Also, while capsicum is very heating, its effects dissipate pretty rapidly. It’s kind of like throwing gasoline on a fire. You get a hot flame, but it dies down quickly. The effect of prickly ash is less intense but more sustained. It’s more like the heat you get from fanning hot coals. 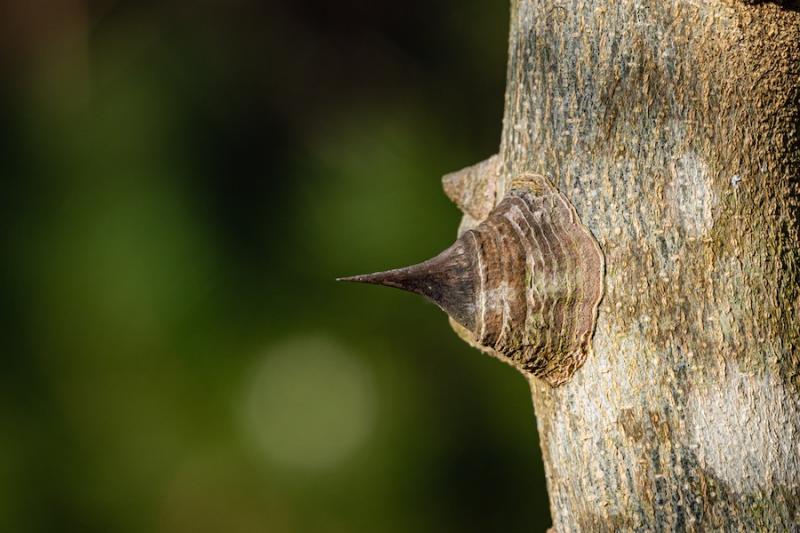 Prickly ash is specifically indicated for people with cold extremities due to poor blood flow. I find it very beneficial when you need to increase microcirculation in the peripheral capillaries. It’s especially beneficial for Raynaud's disease, a vascular disorder marked by recurrent spasms of the capillaries (especially those of the fingers and toes upon exposure to cold). It’s also helpful for wounds that won’t heal due to poor circulation.

There are several species of prickly ash that have been used in herbal medicine, but the two most common are the Southern prickly ash (Zanthoxylum clava-herculis) and the Northern prickly ash (Z. americanum). As I’ll discuss later, there are other species that are used in traditional Chinese medicine (TCM) as well. These plants get their common name from the sharp, prickly thorns they have. This prickly nature is an important signature for the remedy as it is indicated in the type of stabbing pain thorns can cause.

The bark of these trees contains a class of alkamides, called isobutylamides. Similar compounds are found in Echinacea angustifolia, spilanthes, and black pepper, all of which share diffusive, stimulating, and pain-relieving properties. These compounds have a pungent, sometimes acrid, flavor and cause a tingling, numbing sensation in the mouth and tongue. They not only stimulate circulation, but they also stimulate digestion and help to ease pain. Capsicum also has these properties, but it relies on different compounds, like capsaicin, which is found in all hot chili peppers. Capsaicin stimulates circulation and digestion while numbing pain receptors. 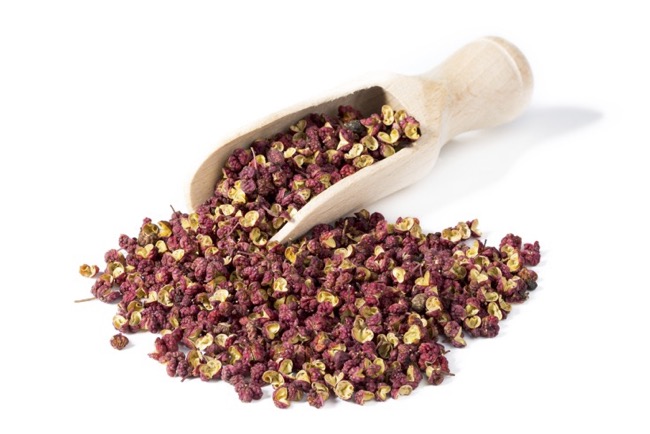 Prickly ash is a better remedy for the nerves than capsicum, however. When a person has damaged nerves that are numb, tingling or painful, prickly ash may be useful. It is especially helpful in cases of neuralgia or peripheral neuropathy. Matthew Wood says it’s helpful for those who are “writhing in agony, torment of the most intense kind.” It may also be helpful for Bell’s Palsy or a debilitated, weak nervous system.

Prickly ash bark also acts as a digestive stimulant, like black pepper or capsicum. I’ve never used it for digestion, but when researching for this article, I learned something I didn’t know about prickly ash. The seeds are also used as a medicine and a seasoning and both the bark and the seeds stimulate hydrochloric acid production to aid the digestion of proteins.

I also discovered that the seeds of two Chinese species of prickly ash (Zanthoxylum bungeanum and Z. armatum) are the source of the spice Sichuan pepper. It’s one of the spices in Chinese 5-spice powder and is often combined with chili peppers (Capsicum sp.) to create a flavor known as málà (Chinese: 麻辣; "numb-spiciness"). I also learned that the seeds of the Western species can be used in a similar manner. 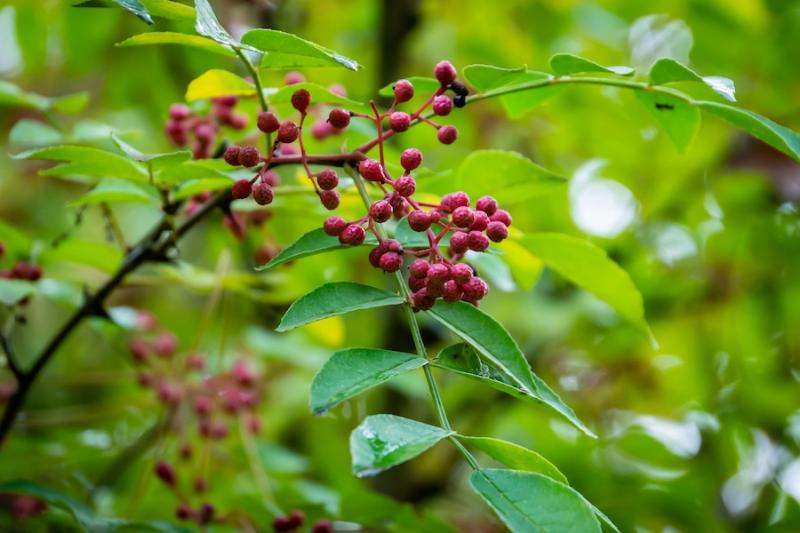 The seeds don’t have as powerful of a medicinal action as the bark, but they can be used in a similar way. My favorite Chinese herb book says they affect the spleen and bladder meridians and are used to promote urination and relieve water retention in the abdomen.

The fruits of several Zanthoxylum species are also used in traditional Chinese medicine (TCM) for their extremely hot properties. They are used to “warm the spleen and stomach” to ease indigestion due to cold in the stomach. They’re even used to prevent and expel rid of roundworms.

The root of another Chinese species (Zanthoxylum avicennae) is also used in TCM to remove wind and dampness and relieve swelling. It’s used for sore throats, malaria, and arthritic pain, as well as headaches, abdominal pain, and toothache. This particular species is so thorny that birds cannot live on its branches, so one of its Chinese names means “birds cannot rest.”

Back to Western Prickly Ash

It’s possible that our Western species could be used for similar purposes as the Chinese varieties. Prickly ash bark is helpful for mouth sores and arthritic joints and like capsicum and black pepper, it can dispel mucus from the lungs when one is congested. The fruits and seeds of the Western species could also be used for seasoning. It’s also possible that prickly ash could also help headaches, toothaches, a sluggish digestive tract, and fluid retention. However you choose to use it, it’s always good to have alternatives in herbalism because it gives you flexibility in working with people. If they can’t tolerate capsicum, prickly ash can be a useful option for many of the same purposes. I hope you’ll experiment with it in your own herbal practice.