The controversial, but Intelligent herb for relaxing tension throughout the body - September 8, 2020 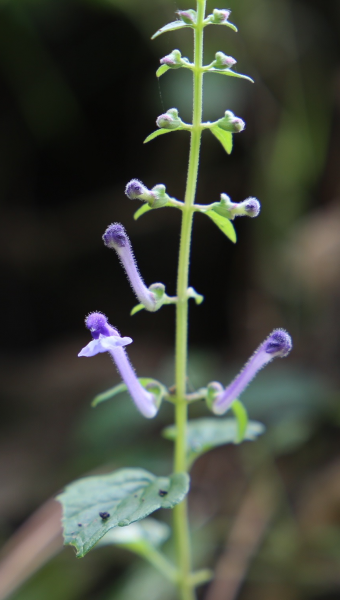 Lobelia is a 1-2 foot-high annual plant with beautiful flowers which is native to North America. If, as many herbalists suggest, each plant has its own personality, then lobelia is surely one of the greatest tricksters of the herbal world. Matthew Wood goes so far as to call it "the wildest and craziest article in the herbal material medica."

Lobelia’s unpredictable nature is even more evident in its checkered history than in its spectacular beauty. Named after the botanist. Matthias de Lobel of France, it was originally known to the Penobscot Indians of Massachusetts, from whom the early colonists brought it to England and the rest of the continent.

In the first decade of the 1800s herbalist Samuel Thompson had become well known for using lobelia with asthma and other serious illnesses. Unfortunately this also brought the wrath of the medical establishment. And, in 1809 Thompson’s fortunes (and lobelia’s reputation) took a turn for the worse when Thompson was thrown into jail on the charge of murder by the use of lobelia.

In Matthew Wood’s words, "After languishing in an unheated, urine-soaked cell with a child molester, the case was brought to court, the charges were shown to be fabricated, and he was released without being allowed to stage a defense." Wood goes on to say that despite the facts, the charge that Thomson had killed a man with lobelia were repeated by medical authorities for the next hundred years. And given that lobelia remains on the FDA’s list of restricted herbs, you could say that its reputation still hasn’t recovered.

Given all this bad press it seems lobelia must have some awfully good qualities in order to have survived at all. And, in fact, Samuel Thompson, as well as members of the Thomsonian, eclectic and physio-medicalist schools that followed, felt that lobelia had almost miraculous properties. It was commonly considered a panacea or cure-all for its ability to act differently according to the needs of different people. Where there was depression of a certain organ or system, lobelia would promote stimulation. Where there was tension it brought relaxation. Its hallmark was to bring the person back into homeostatic balance.

It is not uncommon to have disagreement—or even controversy—swirling around herbs. What is most fascinating about lobelia, though, is that even its most ardent supporters recognized its dual personality. Dr. George Hite, one of the eclectic herbalists, wrote in 1890 that lobelia “is a remedy whose excellency is equal to its nastiness.” And its common folk-names also display this sharp dichotomy: on the one hand its ability to open the bronchial airways earned it the name, asthma weed. But its taste (and effect when taken in large doses) also led it to be called vomit wort, pukeweed and gagroot. 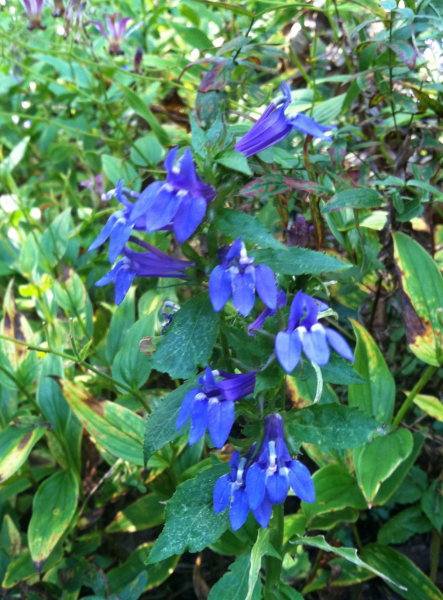 The Amazing Properties of Lobelia

Herbalists through the years have made some pretty amazing claims about lobelia. Here are a few.

I don’t know what [high praise] I could place on Lobelia to be competent with its virtues…for Lobelia will act on the system in complete conformity with the laws of health…it will permeate the whole system till it finds where the obstruction is seated, and there it will spend its influence and powers by relaxing the parts obstructed…always accompany the lobelia with cayenne pepper, which is the purest and best stimulant that is known in the compass of medicine…[They] will act on the whole system like an increased flow of water turned [into] a muddy spring of water—it will soon run clear. And, although Lobelia is set at naught and persecuted the way it is… it is ordained of God to be used in wisdom.

R. Swinburne Clymer, MD in his book Nature’s Healing Agents, had this to say about lobelia.

The number one agent on the Natura physician’s armamentarium is lobelia. Lobelia is one of Nature’s few dual agents in the relief of human ailments. It is both a relaxant and a stimulant; depending altogether on how it is prescribed, hence, if the Natura physician had to choose one remedy from others, it would be lobelia and his practice would be successful. So many claims have been made for this agent, and so many more could honestly be made for it, were its virtues fully understood. …most unjustly, Lobelia has been, and continues to be—labeled a poison… In my fifty-six years (at the writing) I have prescribed it for children and people advanced in age; in three drops to new born children; fifteen drops every fifteen minutes for hours, or maximum doses of 60 drops, to older persons with never any but the best results… If there is any such thing as a general panacea, I would say that lobelia comes closer to being such than any other agent I have used all of these many years.

In more recent times, the father of the modern American herb movement, Dr. John Christopher, wrote this in his book, School of Natural Medicine:

Lobelia is one of the greatest herbs ever given to the world… lobelia is a general corrector of the whole system, as it is easily diffused and able to influence the entire body… Over years of practice, lobelia has been administered many times, and there have been numerous miraculous healings. Time after time, lobelia has helped the very young to the very old, with only positive results. As for lobelia being a poison: this is one of the most ridiculous falsehood ever foisted on the public by orthodox allopaths.
Lobelia is a selective herb. When a fetus is dead, or in an extremely weakened condition, lobelia will cause it to abort. However, if the fetus is well and healthy, and the mother is weak, it will cause the mother to heal and strengthen, enabling her to carry the child until the proper time of delivery. Lobelia accurately and intelligently selects which way it is to go. It is truly a ‘thinking’ herb. 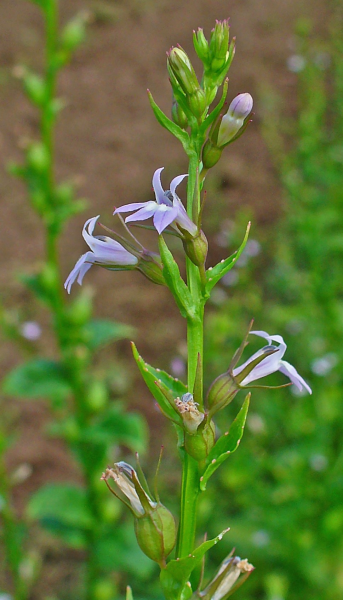 Today lobelia is primarily used for its anti-spasmodic effect. By depressing the central nervous system it relaxes all the muscles of the body, helping to relieve spasms, cramps, and obstructions. This helps to explain why lobelia has historically been used to help with epileptic seizures. Because of its ability to dilate the bronchioles and open respiratory passages it also has been used to treat disorders of the lungs and throat such as bronchitis, whooping cough, laryngitis and asthma. Midwives have also administered lobelia as a muscle relaxant to counteract pelvic rigidity during childbirth. And it relieves the cramping of a spastic bowel. In addition, the tincture or extract can be applied topically for relief of muscle cramps, stiffness, and pain.

One way of explaining the ambivalence surrounding lobelia is that when it is used in large doses it acts as an emetic (promotes vomiting). To prevent it from living up to its name of vomit wart it must be taken in small doses or in combination with other herbs to moderate its intense effects

But the other, more unsettling, characteristic of lobelia is its ability to act as what Matthew Wood calls an activator, “to stir up the other herbs in a formula and direct them to the desired tissue or organ needing therapy.” The idea of an activator herb possessing an intelligence which allows it to direct the actions of other herbs, was known and used by Native American herbalists, but certainly goes against the grain of modern-day pharmaceutical herbology.

In the final analysis, we can try using an herb like lobelia and see what happens. We can try it for its anti-spasmodic or bronchodilator effects. But it is important to be aware that, as Matthew Wood says, herbs “like to do all sorts of things. They really do have a magical level of action and this goes far beyond the artificial constructs of the human mind.”

My Favorite Uses for Lobelia

I personally love lobelia, and think it should be in everyone's home remedy kit. I've used it to stop anxiety attacks, ease spastic coughing and help a person breathe who is having an asthma attack. I've also used it with capsicum rubbing it into sore muscles, sore throats and other aching body parts. It has also been helpful in small amounts, along with other herbs, to aid recovery from colds and other infections involving respiratory congestion. I've also used it to help people stop smoking. It contains lobeline, which attaches to the same nervous system receptors as nicotine.

Typically I only give 3-10 drops at a time and repeat the dose every 2-5 minutes until the desired effect is achieved.

Lobelia is generally not taken on a daily basis, except as a small part of a formula. John Christopher used a little of it, along with a little capsicum in many of his herb formulas, claiming it made them work faster. Otherwise, lobelia is reserved for acute ailments where there are obstructions in the body. In capsule form, one capsule is a pretty large dose, so I rarely use it in capsules. I nearly always use it as a glycerite or tincture. If you use small doses you almost never make anyone throw up, but i if nausea or vomiting occur, peppermint tea can be used to settle the stomach.

The official species used in the medicinal world is Lobelia inflata, but there are other species that are used as ornamentals in gardens or that grow wild. Just for fun I included a photo of cardinal lobelia from Zion National Park. It certainly has striking flowers, doesn't it?

Don't let lobelia's checkered history tarnish its beauty as both an ornamental flower and versatile remedy, just take the time to understand how to use it and appreciate its innate intelligence.