Silicon, the 14th element of the periodic table and the second most element on the planet, is surprisingly important for both computing and human health. Perhaps you’ve heard of Silicon Valley, the home of the computer industry? It’s called that because this important semiconductor is used to manufacture the chips that are the brains of the computers and phones we use every day.

Silicon is important for healthy hair, skin, nails, joints, bones, and nerves. And while there is no US RDA for silicon, it’s quite likely that many people aren’t getting enough of this element. Some of the health issues that may involve silicon deficiency include brittle fingernails, getting split ends, dull lusterless skin, and brittle bones. Silicon deficiency may also be a factor in joint deterioration in osteoporosis and in the breakdown of nervous system tissue (especially the myelin sheath) in multiple sclerosis and neurodegenerative disorders.

Silicon is often found in the form of silicon dioxide (SiO2), which also known as silica or quartz. Sand is primarily composed of silica. Glass is made primarily from sand, so glass is mostly silica, as well. There is so much silica on the earth that a Reader’s Digest article I read many years ago claimed that if the earth were ever consumed by fire it would turn into a ball of glass.

So, how could anyone be deficient in an element that’s so prevalent in nature? The answer is found in how silicon (and silica) react chemically. Like carbon, which is on the same column of the periodic table, silica has the ability to hold four electrical bonds. It sits somewhere between the metals and the non-metals, having properties of both. It looks like a metal but doesn’t conduct electricity like metals, hence the term semiconductor. Here are some of the properties of silicon.

Sand or finely ground silica is a major binding agent in making cement. It imparts a type of flexible strength to materials. For example, iron by itself is strong but brittle, but not very flexible (think of a cast iron frying pan). Steel is an alloy made from iron combined with other elements, primarily carbon and manganese, but other elements as well. One of the elements it contains is silicon which helps make it more flexible (as found in a spring for example).

To apply this to the human body, let’s look at the bones. Bones are mostly composed of calcium, but calcium by itself is rather brittle (think of a piece of chalk). It takes a protein matrix and trace minerals, like silica, to give bones both strength and a certain degree of flexibility so they will flex instead of breaking. The bottom line is that when you get enough silica your nails are strong, but not brittle, your hair is thicker and stronger, and your bones and joints less susceptible to damage. 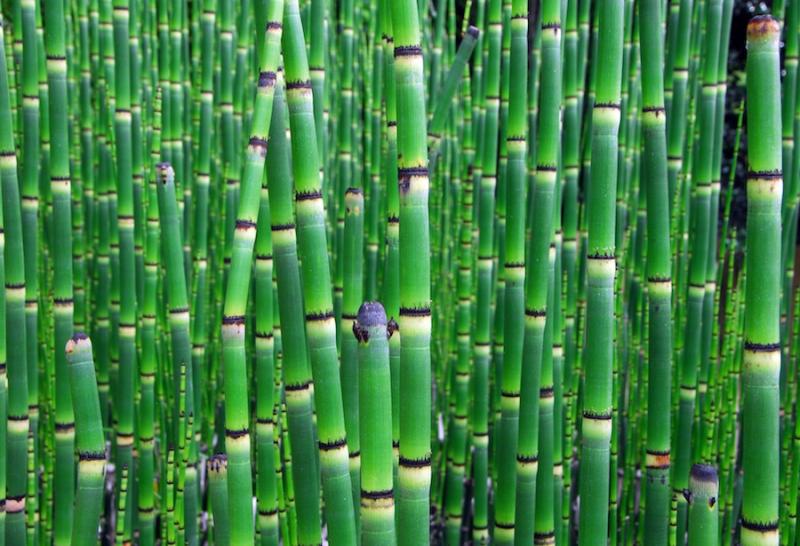 Plants with a high silica content show this ability of silica to create a flexible strength in tissues. Horsetail is probably the richest plant in silica. It likes to grow in sandy soil. You’ll often see it in sandy areas near streams. It’s also coarse in texture and difficult to tear, while at the same time being extremely flexible. When I was a boy scout I learned you could use it to help clean out a pan, sort of like a natural Brillo pad. In fact, one of its names is scouring rush. Another name is joint grass, because it breaks apart at joints along the stem, a signature suggesting it's good for your joints.

Dulse, along with other seaweeds, is fairly high in silica. Seaweeds grow in sandy ocean floors. If you’ve ever found strands of seaweed on the shore you’ll note that they’re very flexible, but you also can’t break them easily. That’s the signature of silica, again.

Silica is also found rather high quantities in some members of the borage family, like comfrey leaves, which develop crystal-like hairs on leaves and stems. Since silica forms quartz crystals, this is also a signature for the presence of silicon. Comfrey is a tissue healing herb that contains many more healing nutrients and phytochemicals besides silica, but that’s true for any of the silicon-rich herbs. They’re also supplying calcium, magnesium, and other nutrients that aid structural integrity, not just silicon.

Just as the silica in glass containers helps hold in liquid and protect their contents the skin helps hold moisture in the body and forms a protective barrier for the entire body. Silica makes the skin smoother and healthier, as well as stronger. It also makes it a better protective layer for holding in moisture and shielding us from harmful substances.

If you have adequate silicon, it will improve the elasticity of your skin (and other connective tissues) and help prevent wrinkles by encouraging collagen formation. It helps to prevent hair loss and also helps keep the eyes bright. 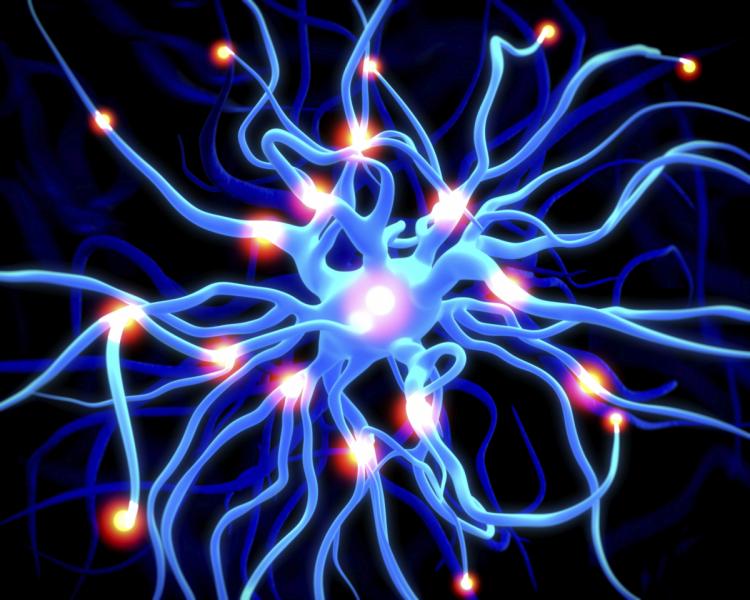 Silicon and the Nervous System

I first learned about the link between silicon and the nerves through an article by Dorothy Hall I read in an Australian health magazine. She said that silicon not only makes one’s bones and joints resilient, they also make one’s nerves more resilient. This is because of the semiconductor nature silica plays in the brain. It is a part of the myelin sheath, which helps keep nervous signals from short-circuiting. It’s the breakdown of this sheath, which is primarily composed of fatty acids, which is responsible for the disease multiple sclerosis.

Kimberly Balas, ND, also clued me in to the use of silicon-rich herbs as tools, along with omega-3 essential fatty acids, to help improve nerve health. She discovered that a traditional formula for strengthening hair, skin, and nails that contains horsetail, dulse, rosemary, and sage, would also aid nervous system function. The rosemary and sage in this formula have antioxidant properties to protect brain tissue and are also associated with wisdom (sage) and memory (rosemary for remembrance).

There may be another reason why silicon-rich plants are good for your nerves. We are increasingly exposed to aluminum in today's world. Aluminum sulfate is used in water treatment to clean up turbidity. It is also found in baking powder, antiperspirant deodorants, processed foods, and has been used instead of mercury as an adjunct in vaccines.

According to Charles Walters in his book, Minerals for the Genetic Code , aluminum drops out boron (which is needed for bone health) and depletes silicon. This compromises brain structure. Diets high in silicon, along with calcium and magnesium, protect the body against this aluminum. Silica-rich herbs tend to be high in all three of these nutrients (boron, calcium, and magnesium). Walters also asserts that silica is the glue that holds the brain together making sure you have adequate intake is essential to preventing Alzheimer's (and possibly other neurodegenerative diseases).

From the previously mentioned article by Dorothy Hall, I also learned that silica aids the pineal gland, which actually contains a small quartz crystal. Dr. Hall points out that animals have a better sixth sense than humans and tend to have larger pineal glands. This crystalline structure may tune into vibrations in the surrounding atmospheres which help alert animals to approaching storms and other dangers. Dr. Balas has also found the hair, skin, and nails formula to benefit this gland. 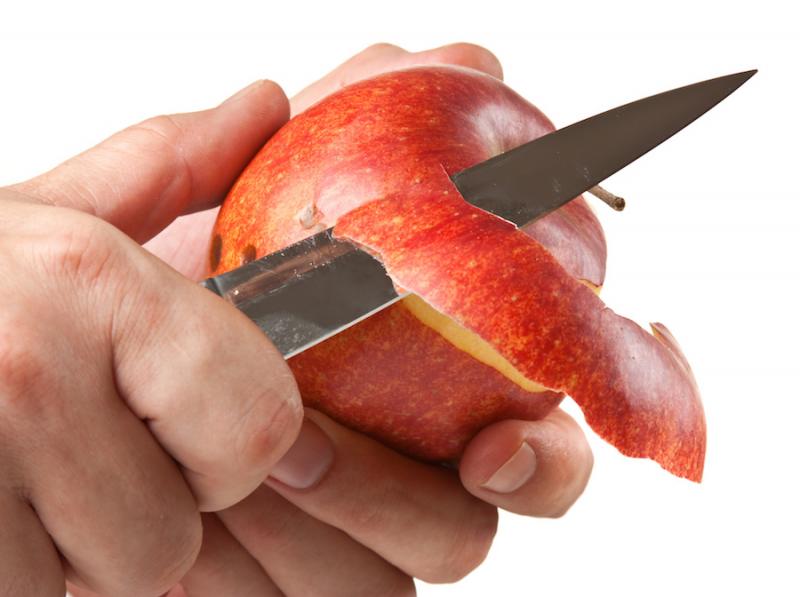 Why Are People Deficient?

All this brings us back to the question if silica is so abundant in nature, why are people deficient in it? The answer is simple. The most silicon-rich parts of plants are chewy. Just like silicon helps us have healthy skin, it also part of the skins of fruits and vegetables. Seeds are also rich in silicon as it helps to make the seed coat that protects the seed until it is ready to sprout.

In an apple, for instance, the silicon is found in the skin and the core, not in the fleshy part of the apple. It’s also found in the potato skin or the skin of zucchini or cucumbers. These are the parts people tend to peel and throw away. A lot of people also tend to eat refined grains, rather than whole grains. All of this means that they are throwing away the parts of the food that are richest in minerals like silica. The bottom line is that if you want to have healthy skin, bones, and joints, you have to eat the skins and other tough chewy parts of the produce.

So, if you want to keep your own computer brain sharp and your structural system strong and flexible, get more silicon in your diet. Remember that plants and plant parts that are rich in silica also tend to contain other trace minerals needed by bones and tissues. So you’re not just supplementing with silicon, you’re adding many other nutrients that improve your health.