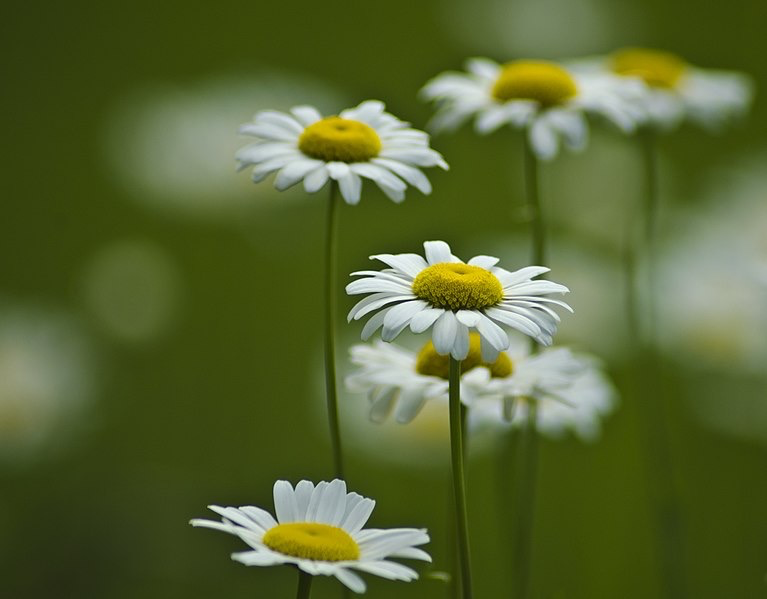 You may recall the story of Peter Rabbit. He snuck into Mr. McGregor’s garden where he ate too much and narrowly escaped after getting caught. When he got home, his mother gave him one of Nature’s most dependable remedies—chamomile tea.

Chamomile is probably the most popular herb tea in the world and it is estimated that over a million cups are consumed worldwide every day. An aromatic and slightly bitter herb, the flowers of German chamomile (Matricaria recutita) and its close relative Roman chamomile (Anthemis nobilis ) have been used for centuries to calm the nerves and stomach.

Safe and Effective for Children (and Adults)

Peter Rabbit’s mother was wise in choosing chamomile as a remedy for her child as it is one of the safest remedies known. It’s a wonderful herb for children who are fussy and irritable due to colic, teething or earaches. You can use chamomile tea sweetened with a little raw sugar or use it in a homeopathic form (which is easier for small children).

As a sedative and nervine agent, chamomile is also valuable for reducing stress and irritability in adults, too. Matthew Wood says it is “for babies of any age.” Think of chamomile as a potential remedy whenever you see someone who is irritable and peevish about minor stress or pains. It can be helpful for insomnia and mild pain but is typically combined with other nervines for this purpose. 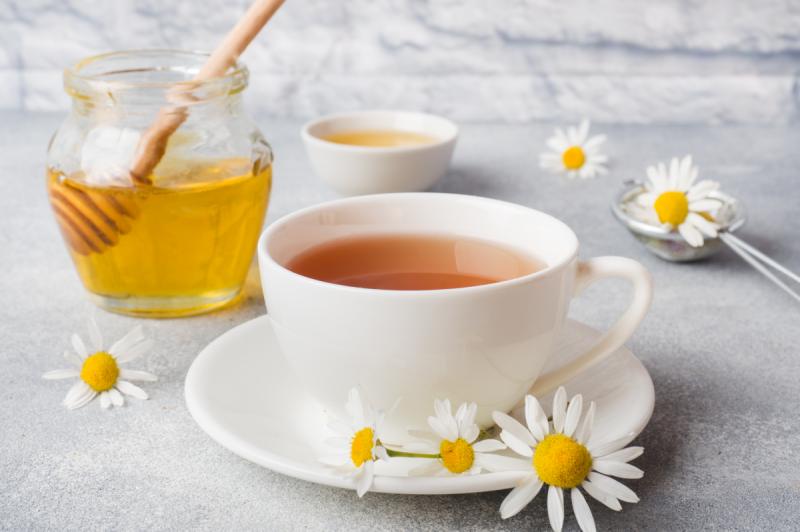 The taste of bitters and the essential oils found in aromatic herbs act as stimulants to digestion. Formulas containing both have long been used to stimulate digestive secretions and appetite. Possessing both of these qualities, chamomile is a premier digestive remedy. It stimulates digestive secretions and encourages a healthy appetite while relaxing the nerves, which also aids digestion. A cup of chamomile tea with or after meals is helpful for preventing or relieving colic, bloating, gas and indigestion.

Chamomile's distinctive fragrance comes from a naturally blue-colored essential oil. The oil contains proazulene and bisabolol, which are anti-inflammatory and anti-spasmodic. For inflammation, I believe German chamomile is better, but both species should be helpful. Combined with licorice root or wild yam, chamomile is very effective for reducing intestinal irritation in both irritable bowel syndrome (IBS) and inflammatory bowel disease (IBD).

A very specific use I’ve made of chamomile is for soothing irritated eyes. I have people dip a chamomile tea bag into hot water for just a few seconds, let it cool until it’s just warm to the touch, and place it over the closed, irritated eye. Let is sit on top of the eyelid until it starts to feel cool. You can also make a tea and use it slightly warm as an eyewash. I’d add a little bit of colloidal silver to it when using it as an eyewash.

The anti-inflammatory action of chamomile makes it useful for skin disorders, including eczema, bedsores, and contact dermatitis. You can do the same trick with the tea bags to make an instant compress or make a strong tea and apply it as a compress using a cotton ball, gauze pad or soft cotton washcloth. You can also use the essential oil, diluting it in a lotion or vegetable oil for a topical rub. 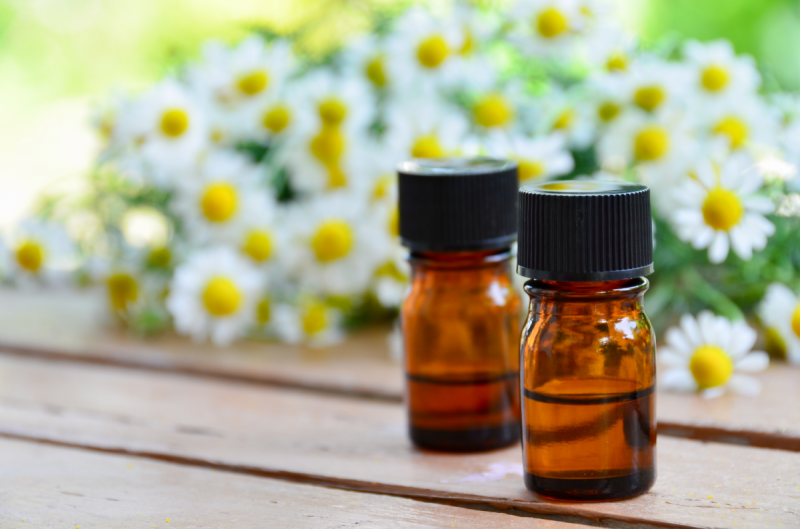 Most essential oils from chamomile are from the Roman variety (A. nobilis) because it’s a less expensive oil, but I really like the essential oil from the German variety (M. recuitia) better. If you can find it, get a CO2 extracted oil. The CO2 extraction method creates a high-quality blue-colored oil that’s simply amazing as an anti-inflammatory. Of course, the steam-extracted Roman chamomile is also useful. It’s less anti-inflammatory and more antispasmodic.

The oil is helpful in the treatment of asthma and hay fever because it reduces histamine levels and histamine-induced reactions. It also relaxes muscle spasms, which eases breathing. Simply diffuse or inhale the oil to get the effect.

Chamomile essential oil is also helpful for people who are suffering from what I commonly call adrenal burnout. It’s simply the third stage of the stress response where a person feels exhausted and depleted from chronic stress. Inhaling the oil can help them feel more relaxed and at ease. At times I have kept a bottle of the CO2 German chamomile EO around to use when I was feeling stressed, a whiff of the oil would immediately help me feel calmer and more energized. 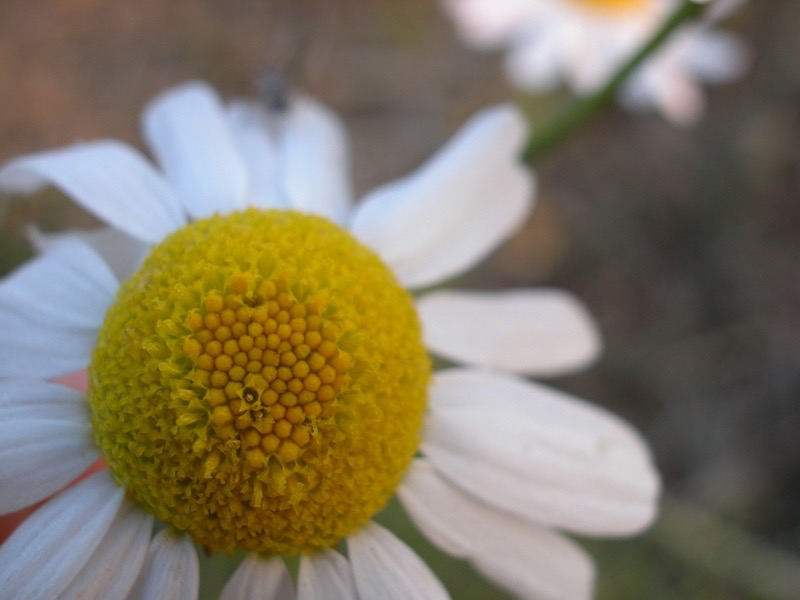 The flower essence of chamomile is also helpful for both adults and children who are irritable and easily upset. This goes along with chamomile's ability to help a person who is burned out. The sunshine has gone out of their life and they feel like they just can't cope with life anymore.

Chamomile flower essence helps to even out the person’s disposition and make them feel happier. One might say it promotes a sunny disposition. The flower head even looks like a golden sun shining its rays of white light. So, when you find someone who can’t let go of their inner tension and suffers from mood changes brought on by minor irritations, consider using either the flower essence or the essential oil to rebalance their emotional world.

Besides the two commonly used species we’ve been discussing, there is a third plant with very similar qualities. It’s called wild chamomile or pineapple weed and belongs to the same genus as German chamomile. Known by the Latin name Matricaria discoidea, it is similar to German chamomile in its uses and makes a pleasant tea. As seen in the picture, its blossoms aren’t as showy, so this plant, which often grows like a weed is easy to overlook.

No matter the specific variety, if you’re feeling stressed or suffering from an upset tummy like Peter Rabbit, this popular herb may be just the thing to get you feeling better quickly. Even if you’re not under the weather, you can still enjoy this herb as a tea just for the pleasure of it.