The Medicinal Benefits of Chrysanthemum

A bright splash of color in the fall to help fight off viral infections | October 26, 2021 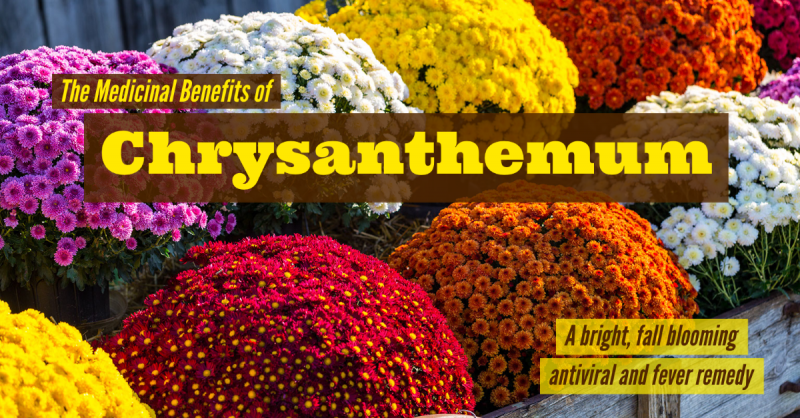 During the fall most plants start to wind down, their leaves change color and dry out as winter nears. But a few plants have decided that this is the time of year to blossom, giving us some final splashes of color for autumn. One of these is chrysanthemums, which start to bloom in late summer and early fall.

There are numerous species of these plants, which belong to the Asteraceae family, formerly known as Compositae, because the flowers are actually a group of flowers blooming in a head. Many plants in this family are notoriously hard to tell apart and Chrysanthemum species fall into this category. Wikipedia lists about 40 species, but we’re only going to concern ourselves with the two that are used in traditional Chinese medicine (TCM), C. morifolium (Ju-Hua) and C. indicum (Ye-Ju-Hua), which is pictured below. 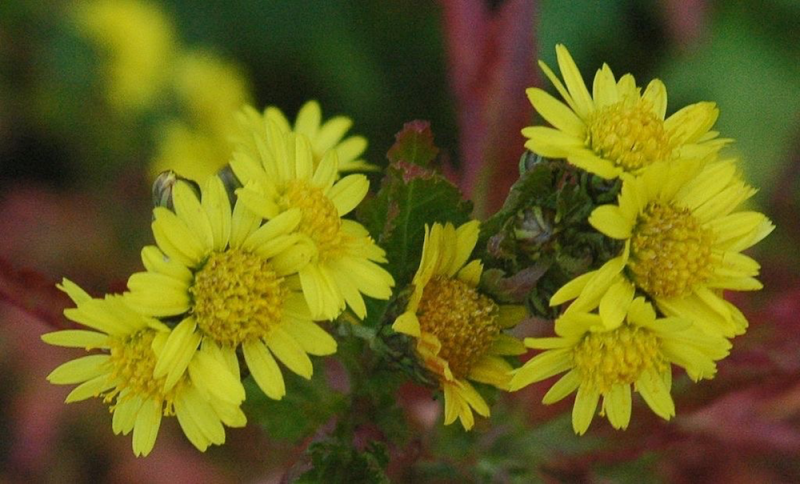 The flowers of the chrysanthemum are used medicinally. They have a sweet, slightly bitter flavor with an energy that is mild and cooling. In TCM the energy flows into the lung and liver meridians, affecting the metal and wood elements. In Western terms, the plant is primarily a gentle anti-inflammatory for the liver and lungs.

It’s a very good remedy for colds or other viral infections where there is fever and headache. It is an antiviral and febrifuge, helping to both fight the infection and relieve fever. It can also help detoxify.

Another major use for chrysanthemum flowers is as a remedy for the eyes. Like chamomile, another member of the Asteraceae family, it can be taken internally or used as an eyewash for eye infections (conjunctivitis), and red or itching eyes.

Chrysanthemum may also be helpful for headaches and dizziness and has a modest hypotensive action, similar to its close cousin, feverfew. 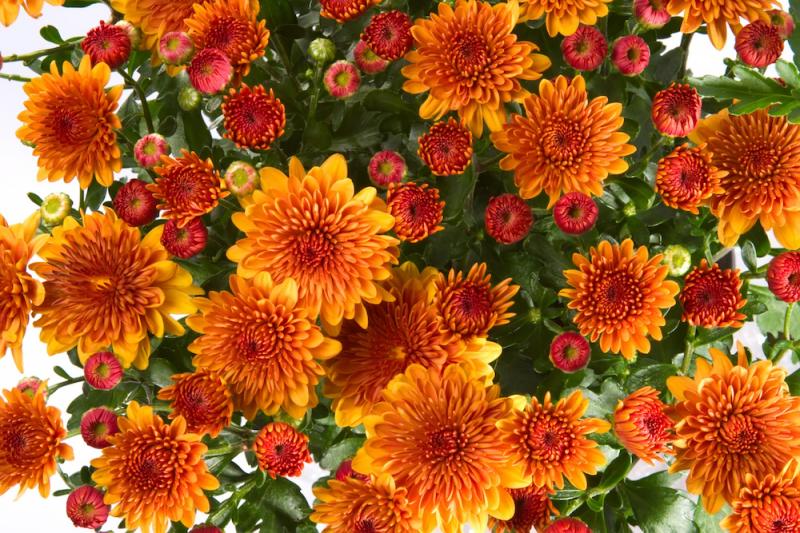 One variety of C. morifolium (Ju-Hua) has deep reddish-orange flowers and is used to create the chrysanthemum flower essence from FES services. It’s basically a remedy for a mid-life crisis. It addresses the problem of being over-attached to youth, fearing the aging process. It’s also helpful for accepting one’s mortality.

At the age of 67, I can identify with the issue addressed by chrysanthemum. I don’t feel old in my inner being, in my mind, but that’s because my soul is immortal. Aging is a function of the body, not the soul. I have to face the fact that my body simply doesn’t have the energy it used to have and I can’t push myself as hard as I used to. I’m winding down. It’s the autumn of my life.

But chrysanthemum blooms in the autumn. When other plants are done with their flowering and seeding, the chrysanthemum is just getting started. It’s a reminder to me that many people made their greatest achievements in later life.

For example, Colonel Sanders sold his first Kentucky Fried Chicken franchise in 1952 when he was 62 years old and sold the business for two million dollars eleven years later. Laura Ingalls Wilder started publishing her Little House on the Prairie books at age 65. And, Noah Webster completed his American Dictionary of the English Language at age 70.

Although there are many other examples I could cite, the bottom line is that there is no reason that in the autumn of our lives we have to stop blooming or think that we can’t achieve anything worthwhile. That’s the lesson of chrysanthemum flower essence.

I’ll end with just one more interesting use for chrysanthemums. A study done by NASA showed that chrysanthemums are good for cleaning the air inside your home. They can help to remove trichloroethylene, benzene, formaldehyde, ammonia, and other chemicals from the air. So, try putting a few pots with C. morifolium in your home. You can enjoy cleaner air, dry the blossoms as a tea for fever, viral infections, and eye problems, and allow the flowers to remind you that it’s never too late to let yourself blossom.