How Well Do You Methylate?

How Well Do You Methylate? is only available to members of Steven Horne's Member program. 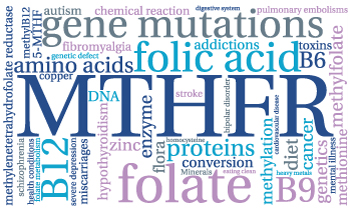 Methy (CH3) is involved in a variety of biological processes. Methyl based substances include glutathione (an intracellular antioxidant), carnitine (involved in fat metabolism), creatine phosphate (used in ATP for energy production), epinephrine (adrenaline) and phosphatidylcholine (used in the nerves responsible for memory).

Adding this methyl group to another chemical compound is known as methylation, a process which is taking place about one million times per second in the human body.

Methylation is one of the six major pathways of liver detoxification and helps to break down excess neurotransmitters and hormones, including estrogen, epinephrine, dopamine, melatonin, histamine, and serotonin. It also eliminates homocysteine, a compound associated with an increased risk of heart disease, as well as many chemicals.

Methylation is also involved in epigenetics, the process by which gene expression is regulated. Poor methylation can contribute to may genetic problems, and balancing methylation can help to control or regulate these issues.