Shining a Light on the Darkness of Depression

Shining a Light on the Darkness of Depression is only available to members of Steven Horne's Member program. 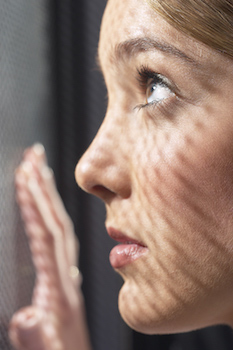 Just about everyone will become depressed at one time in their lives. It’s natural to feel depressed when we’ve lost a loved one or suffered a major setback in life. Most of the time this depression is temporary, but for many people, depression becomes an ongoing struggle.

About 7% of the American population have a major depressive episode each year. That’s over 17 million people. About 10% of all doctor and hospital

The most common treatment for depression has become drugs that alter levels of a neurotransmitter called serotonin in the brain. They’re known as SSRIs, Selective Serotonin Reuptake Inhibitors. These drugs have potentially dangerous side effects, including an increased risk of violent behavior and suicide. So, although they may be helpful for temporary relief of severe depression, it’s wiser to seek safer solutions for most cases of depression.

Depression is more complex than just a deficiency of serotonin. It may require counseling to help a person learn better skills to cope with life. Counseling, in fact, has about the same success rate as SSRIs.

New research suggests depression may involve inflammation in the brain. It may also be caused by problems with the GI tract, liver, dopamine neurons, hormonal imbalances like low thyroid and much more. Fortunately, there are many herbs and supplements that can work on these many underlying causes of depression, helping to bring the light back into to a depressed person’s life.

Join us for this month’s Sunshine Sharing hour where we’ll explore the causes of and natural solutions for everything from mild to severe depression.